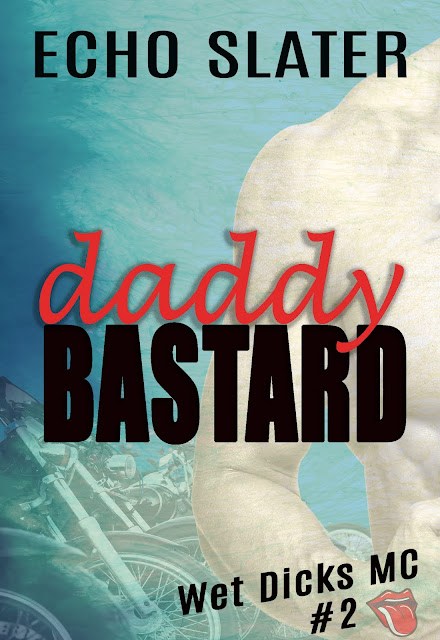 A rom-com with bikers? Oh, yeah.
Age-gap romances between feisty heroines and their possessive heroes? Uh-huh.
Insta-lust? You know it!
The one thing William “Horse” Ketchum wants less than an old lady is a kid. Should have kept his big dick wrapped up, then. Instead, Horse spent one wild night with the hottest girl he’s ever laid eyes on. Well, now, he’s about to pay the price and lose his heart.
Marina Van Zant picked Horse for her first lover—the one member of the Wet Dicks MC least willing to settle down. He’s even less excited about daddy duty.
Horse might pitch plenty of fits over his new reality, but he can’t deny what Marina does to him.
Enjoy the ride as Horse makes Marina his woman!
Daddy Bastard is the second book in the Wet Dicks MC series and is only suited for readers 18+.

Horse and Marina … poor Marina. She has a terrible Mom advising her to get pregnant on purpose. I mean, it worked for her. She got monthly money and a nice house to live in. Now that her daughter has aged, out she’s going to need some income. She wasn’t supposed to pick Horse for several reasons.
Horse isn’t surprised when Marina shows up saying that the baby is his. He halfway expected it, and he’s not terribly mad at it, although he hates kids. However, he could really like Marina.
Their story is very good and I have really enjoyed this series. The writing is excellent and the characters are all relatable and real to life.
Highly Recommended!!! 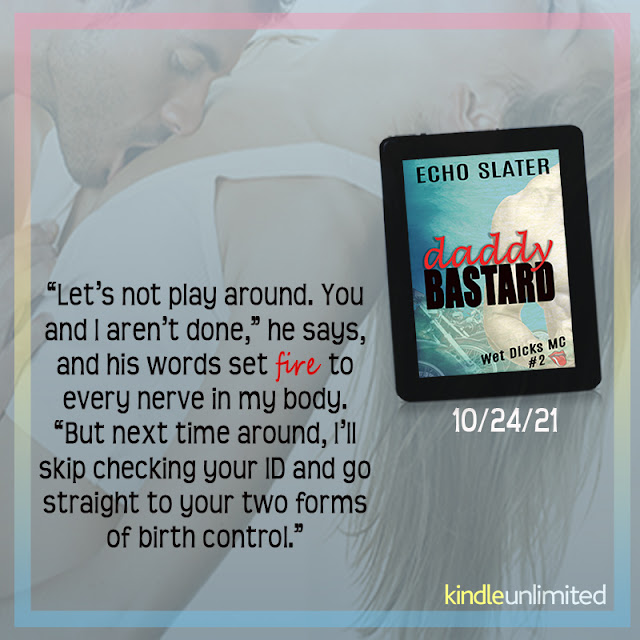 “Look, I’m laying shit out, okay?” Grizz says. “If you fuck her now, she’ll think you’re together. Then, when you blow her off, she’ll shit a brick-load of drama. Okay? So, then what? She either wants to leave or makes life uncomfortable on the Ranch. I’m not looking to live in a tense situation, so you need to be smart.”
“I’m fucking trying.”
“But keep this in mind, Horse. If I was in your situation, like Raqui showed up with my kid, I wouldn’t be able to stay away from her. Not because she’s hot, but because she’s mine. If Marina isn’t yours, don’t fuck her. That girl is too young to realize you just want pussy. She still thinks you’re a good guy, so don’t blow it by letting your dick prove otherwise.”
In the series ....

Posted by Michelle Schwartz at 8:13 PM