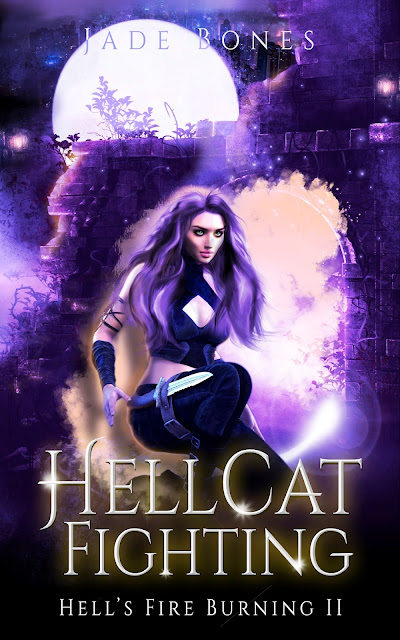 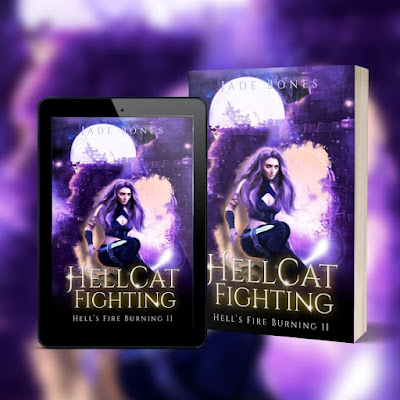 I thought that once I knew the secrets of my past, I’d be free, but the truth haunts me now more than ever. And I don’t even have the time to brood about it, because we pissed off the Devil, and all of Hell is out for our blood.

At least I’m not alone anymore. Those three demon princes I was meant to guard? Turns out we’re linked to each other, body and soul. The golden cord connecting us is stronger than ever, binding us with its ethereal light. Dax, Marek, and Colton; three fierce champions by my side.

If only my past didn’t haunt them, too.

In some ways, we have everything we ever wanted. Freedom. Power. Wicked hot sex. We have it all—just not in the way we wanted it.
But I’ll be damned if we go down without a fight. I’ve got a stash of soul weapons, three demons with shady connections, and a chip on my shoulder the size of Los Angeles. We’ll take this city until it falls.

And then we’ll take Hell down, too.
Warning: Hellcat Fighting is a reverse harem novel with multiple love interests, and as the second in a trilogy ends on a cliffhanger. Intended for mature readers, it contains dark fantasy elements regarding violence and assault, along with sexual content that some readers may find offensive. Please proceed with caution.

I did not expect the ending, but I adored Cat, only to find out she is an Angel stolen from Heaven .. WOW! I can't believe how fierce she was for the boys, even when they doubted and hurt her. I absolutely loved Dax and how he was always so protective even though his feelings for Cat are unsure. Then we have Colton who is just completely ignoring his feelings for her and of course Marek, who has actually come to terms with his feelings.

I really enjoyed how every character gets a chapter in the book. It is so well written and I can’t wait until the next book, coming soon!

“I want a kiss,” I tell him, my voice barely above a whisper.

A beat passes, the two of us regarding one another in a silent exchange. The kitchen light glows behind him, so his face is backlit, tinges of golden hair alight but the features lost to darkness.

Then he moves. He kisses me so softly, I can barely feel it at first, the warm brush of his lips an aching promise of what we once had—what we could have again. I think that’s all he’s offering me at first until it deepens, his tongue twining with mine while his hands come to rest—still gentle—at the side of my hips. I feel myself melting into him, my chest brushing his as the distance between us vanishes. I want him. It’s messy and raw and painful, but I want them all. I want to heal what we’ve shattered so we can crash into each other again and again without it hurting.

Colton pulls away just enough that he can speak, his hot breath brushing my lips as he asks me, “Can I have my precious damn control back now, Cat?”

My breath catches as I remember the game. I’d completely forgotten the purpose of this, my body already thrumming with triumph at the sight of his energy renewed. I’ve accomplished what I set out to achieve, and now a frisson of fear runs through me as he reminds me how this game ends.

But I made a promise.

In the shadow of our embrace, I can see barely enough to note the wicked curve to his lips as he smiles, and then he spins me around and slams me against the wall. 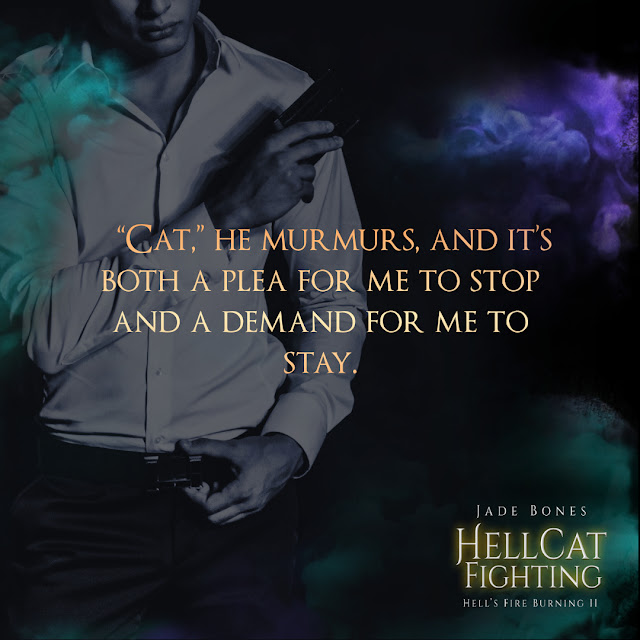 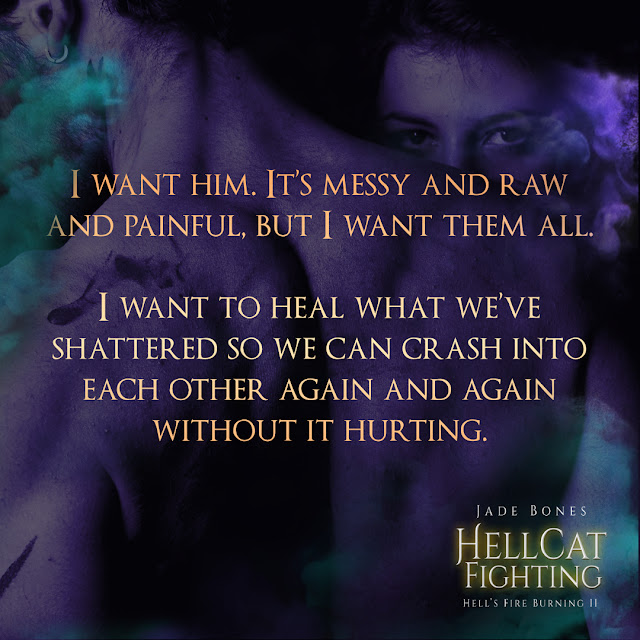 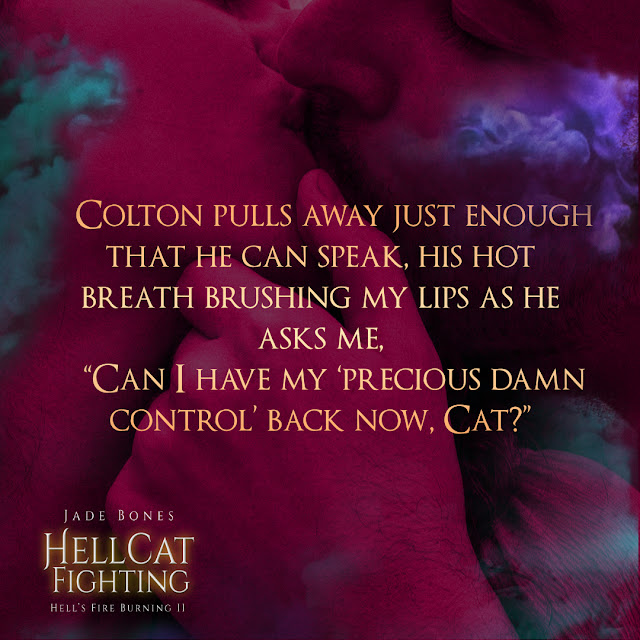 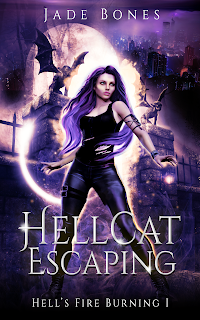 Jade Bones is a paranormal romance author who loves writing about delicious demons, magical worlds, and steamy romps. She is the author of the My Demon Bound series, featuring standalone one true love paranormal romances, and the Hell’s Fire Burning trilogy, featuring steamy, emotional reverse harem delights. When she isn’t writing, you can find her drinking tea, cuddling her dog, or taking tarot far too seriously.
Facebook * Website * Instagram 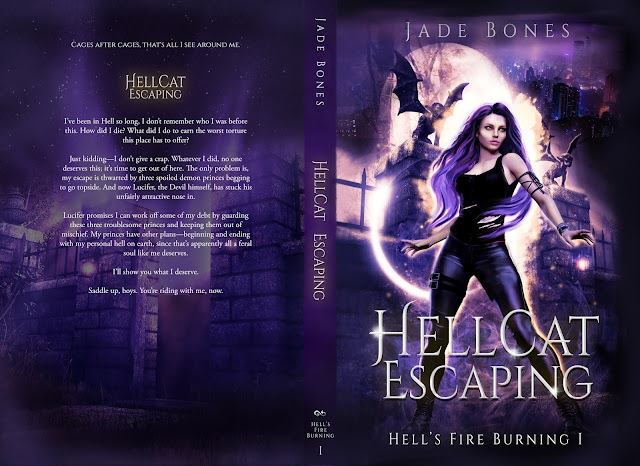 Posted by Michelle Schwartz at 9:55 PM