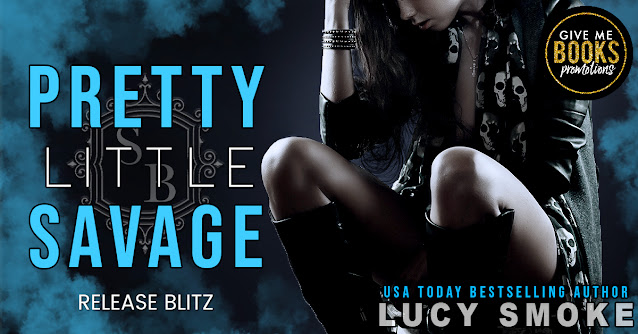 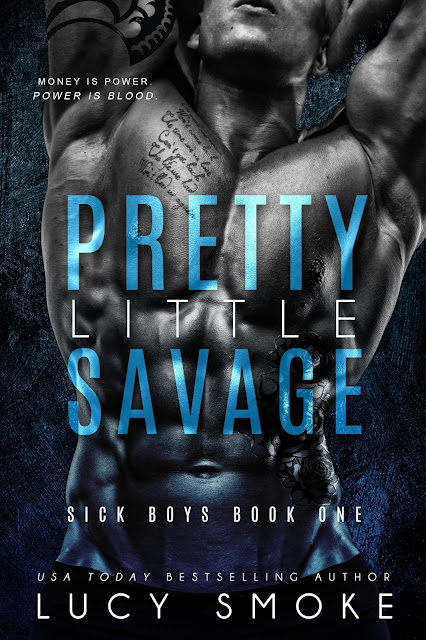 Rule No. 1: Don’t piss off the Sick Boys

The Sick Boys feed on the order they create. They rule Eastpoint University just as their families have for decades. But their power doesn’t stop there. The three of them are heirs to some of the largest fortunes in the world, and behind that kind of wealth lies an underworld of corruption.

On the surface, they’re perfect princes and he is their King. But underneath it all, they’re filled with blood, lies, and secrets. With all of their connections, they have the power to crush anyone who gets in their way. But just because they’re as warped as I am doesn’t mean I’m going to give them a free pass.

Because I, Avalon Manning, bow to no one, and I live to break the fucking rules.

I love a strong willed, takes no shit MC, and that is exactly what you get with Avalon. She isn’t taking none of the crap that gets handed to her from the Sick Boys at her new school. The life she has survived has put a wall up around her heart, and some strength in her right hook.

Dean doesn't take kindly to people not bowing to his every word and he has met his match in Ava because she bows to nobody. What happens when feelings start to get involved, and her brick wall starts to break and crumble?

To say this book was good would be an understatement. It held me captive from the first page to the last. 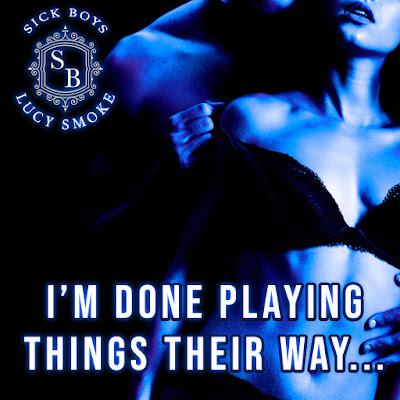 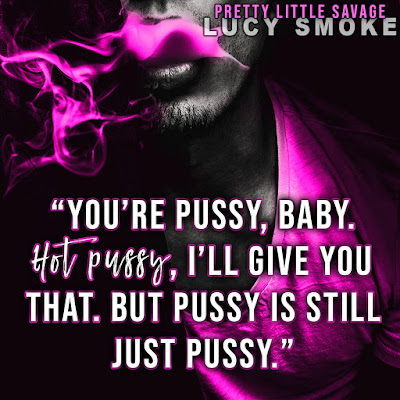 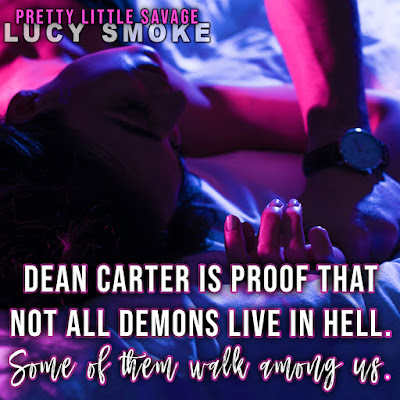 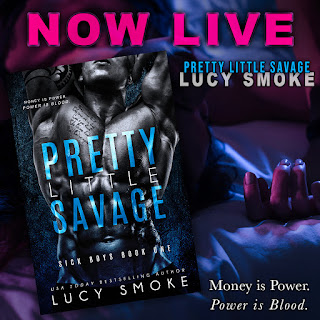 USA Today Bestselling Author, Lucy Smoke, also known as Lucinda Dark for her fantasy novels, has a master’s degree in English and is a self-proclaimed creative chihuahua. She enjoys feeding her wanderlust, cover addiction, as well as her face. When she’s not on a never-ending quest to find the perfect milkshake, she lives and works in the southern United States with her beloved fur-baby, Hiro, and her family and friends.

Want to be kept up to date? Think about joining the author’s group or signing up for their newsletter below.

Red colors the corners of my vision. Even sitting alone in his giant fucking houses with wounds all over my body from nightly 'training' sessions. Even after I'd killed my first traitor. Even through the worst of my adolescence and childhood, I'd never felt this angry. And before I can stop to think or ask myself why it's like this with her it's already too late.

More broken glass crunches under my shoes as I snatch her up and slam her back into another wall, shoving my body against her, letting one of my legs between her thighs. "You do belong to me," I tell her in the coldest of tones. "I can do whatever I want with you and there’s nothing you can do to stop me. You’re not going to run away. I'm not going to let you run back to him—he only wants to fuck whores anyway … or wait, is that what you want? You want me to fuck you like a whore? I thought I pleased you enough already, but if that’s what you want baby…” I move back, dropping her back to the floor so that I can see her reaction.

Big fucking mistake. Avalon shoots
away from me and when I move to follow her she turns back around and punches me in the nose. "Shit!" I stumble back as blood pours down over my upper lip, but she's not done yet. Oh no, not my girl. She rears back and delivers what I might've called the perfect full frontal kick if it hadn't been aimed directly for my balls.

I go down in a heap, wheezing as pain ricochets through me. The glass on the floor cuts through my fucking jeans and I can feel the stings of each wound. None are greater, though, than the thought that I've been well, and truly fucking fucked by her.

A small feminine hand sifts through my hair, yanking my head back as I try to catch my breath and keep from throwing up. Her other hand grabs my throat as she leans down and hisses in my ear—and even through the agony in my body and the fury I'm feeling, I can't help but find her fucking magnificent in her own wrathful animosity.

“I am not any man’s property, Dean. Least of all yours.”

I cough and glare up at her. “You think not?" I ask. I try shaking my head, but it’s difficult with her nails scratching my scalp, holding me there. To think, just hours ago, those nails had been in different places and for much different reasons. "That’s all your pussy’s ever meant to be, baby," I spit out. "Property. And I think that’s what kills you inside. So, regardless of how I might look to you now, Ava. I win and I will always win. You fucked with the wrong man."

She laughs. An honest to God, fucking laugh. “You think you’ve won? Oh no, Dean.” She shakes her head. “You didn’t win. You opened Pandora’s box, and my demons are coming for you. 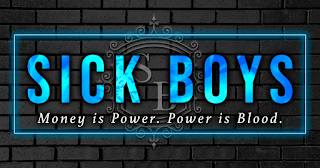