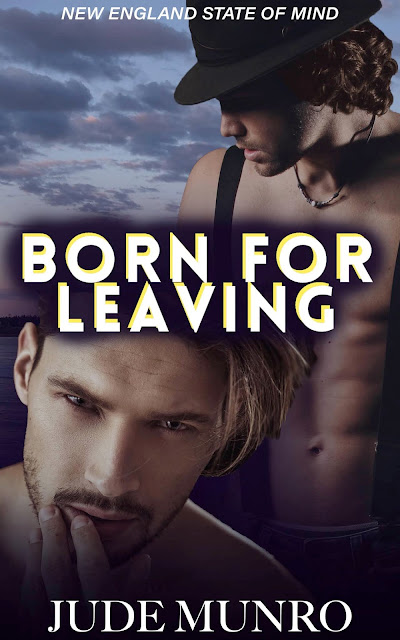 When they say be careful what you wish for, do you pay attention?

Neither did Oliver Tunstead.

Oliver wishes for nothing more than to get his mind off his crappy bar-tending job, pile of debt big enough to swallow him whole, and playboy ex-boyfriend/boss who refuses to back off. Too bad distractions, like the hot little convertible he has his eye on, cost megabucks. And Oliver is flat broke. Renting the spare bedroom in his rundown beachfront cottage is his only option to pick up the cash he needs—a risky proposition, as Oliver is the polar opposite of a people-person. When he responds to a bizarre ad in the Waterfront Gazette seeking summer housing, he gets more than he bargained for. But Oliver can cope… After all, how much harm can a single quirky tenant do to his tightly guarded life in three short months?

Where Oliver is a loner by design, urban cowboy Bodie is a loner by necessity. A family dispute long ago drop-kicked him onto the path of a lifelong wanderer. This changes when Bodie moves into the tiny beachfront cottage and starts working the door at Oliver’s bar.

Despite Oliver and Bodie’s nearly paralyzing instinct to avoid commitment, they fall into a wary romance. And to their surprise, life as a couple is sweetly satisfying; that is, until their jealous boss devises a cruel plan to destroy the tentative bond they’ve built. True to form, Bodie hits the road, leaving Oliver to lick his wounds alone.


Can these wounded souls defy their urge to flee and fight for love?

Oliver needs a roommate for the summer to help with money issues. Bodie needs a place to live and they hit it off beautifully but will they be able to last the long haul? Bodie has issues with staying in relationships. He had a horrific childhood and has turned into a sort of nomad. Will he continue his life of wandering or finally make the move to stay?

You will need a box of tissues, as there will be a tears for both these men. Both are introverts and both had hard childhoods. But they are trying to make a relationship work and open up to each other. When their past and present (customers and ex relationships) cause problems for them, will they be able to get past it?  Born for Leaving is a very emotional and heartfelt relationship for them both. Will they come thru the ups & downs?
Highly Recommend! 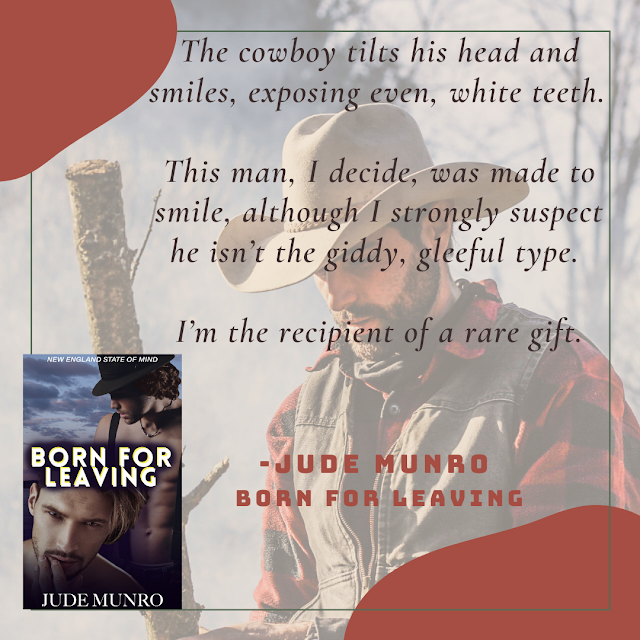 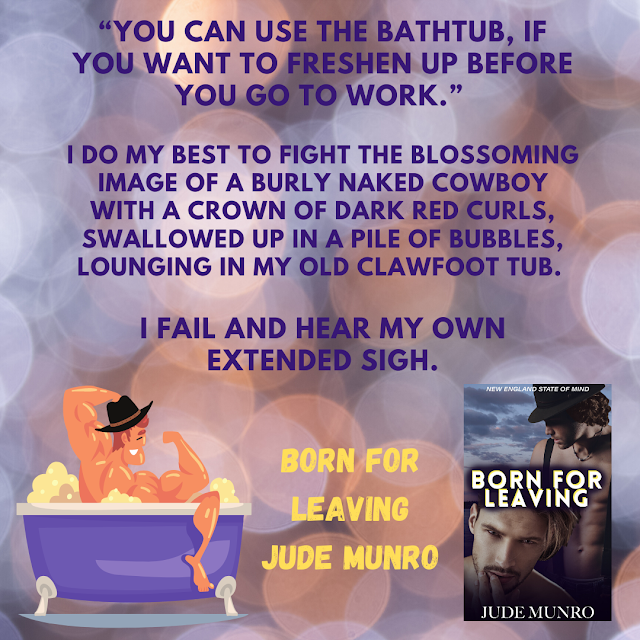 I needn’t have worried about Bodie keeping up. He’s a born runner, which is surprising for a man of his size. Once again, my mind is drawn to the question of football positions. Would he be a running back? A tight end? The quarterback? I shrug as I chase him along the beach, where the waves meet the sand. The man is big and fast—that’s all I know.

We pace the beach for an hour, sprinting until we’re both dripping with sweat. When we finally stop, Bodie toes off his sneakers, yanks his T-shirt over his wide shoulders, and plunges into the water.

“Shit,” I murmur to Hugo, who is sizing Bodie up, right alongside me. The guy is built like a freaking gladiator. A broad sculpted chest tapers to a narrow waist. A just round enough ass, well displayed by soaking wet basketball shorts. Long, muscular legs. Light auburn fur in all the right places. A crown of russet curls. “My God…”

My dog’s interest runs more to the “Bodie’s swimming without me” direction than my “what an amazing piece of eye candy” bend. He trots out to join him.

“It doesn’t seem to be stopping either one of you,” I call back. “But pardon me if I don’t join in.”

The sight of my two housemates frolicking in the Atlantic Ocean warms my heart in a way that it hurts to admit. My immediate instinct is to turn my back on them. To make my way up the sand to the street just to distance myself from a vision so bittersweet. But I don’t. I let the sight sink into my soul. 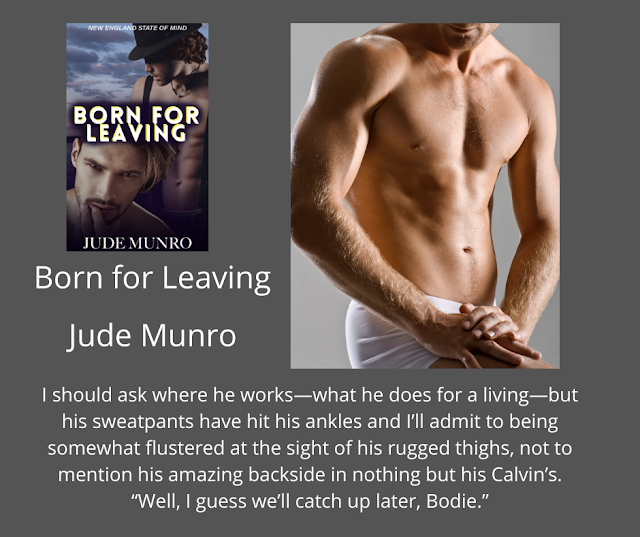 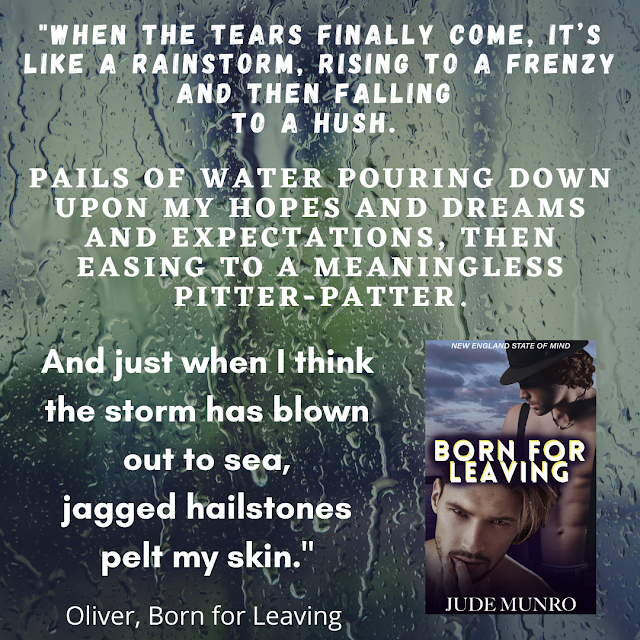 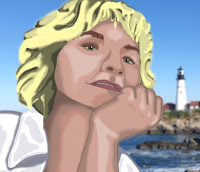 Like Jude Munro, her fictional characters in her gay romance novels are drawn to the beach. They’ve sunbathed on the sands of many alluring East Coast beaches, along with the fantastical beaches in Jude’s books.

They’ll answer questions like “Who do you think you are, the sun god?” (which they often resemble) if they can hear you over "Boys of Summer" cranking on their headphones. To most of Jude’s men, no shoes and no shirt is really not a problem. But even on the sunniest of beach days, the guys in Jude’s books do have problems… as in, serious relationship issues. Many of which seem insurmountable. And each character must earn his day at the beach. (Yes, there is always a HEA). 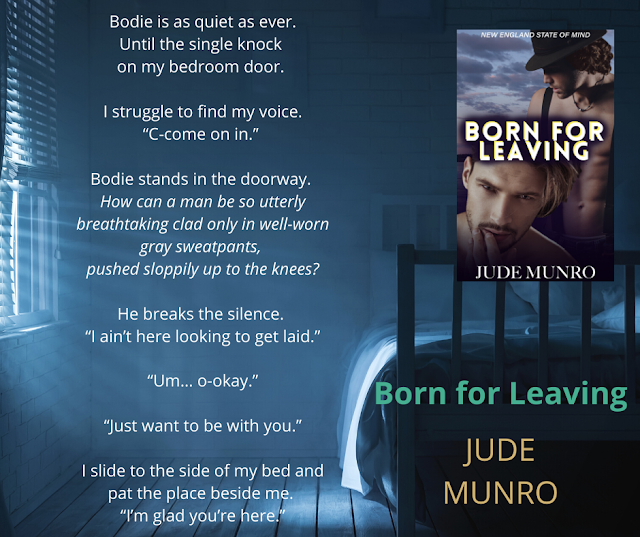 Posted by Michelle Schwartz at 11:14 AM