I never set out to be famous. It sort of fell into my lap.
Just like Finn.

He was exactly what I needed in an assistant, and the exact opposite of everything I looked for in a guy, which made hiring him an easy decision.

It was perfect.
Then it wasn’t.

One by one, I started to fall for all of Finn’s imperfections, leaving me to question...

Was I simply looking for all the wrong things in a man? Or was Finn perfect because he was imperfect? 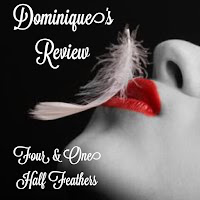 In this book we meet Mady and Finn. Two people with insecurity issues up the wazoo. Mady needs and assistant and hires Fin, whom she thought was a woman at first. So, in an effort to not be sexist she hires him anyway. He proves to be a benefit, but also a distraction.

A campaign shoot at a dude ranch brings them close and leads them down a path of uncertainty. With rules in place, they embark on a new journey to see where this business and relationship can take them. Unfortunately, it took them to peril. Fins insecurity flares up something big time and he may just lose the best thing that has ever happened to him.

Upset that Mady didn't share her secrets he calls her out on everything, which is classic projection. Finally, after a bold move from Mady it forces Fin to decide if he wants to fight for love or be drowned by his own shortcomings.

It was interesting to see the insecure one being male in a romance book. Usually, its the female and that was refreshing.

The only thing that kept this from being 5 feathers for me was the lengths he went to in the name of avoiding his faults. He claimed he knew them and worked through them. but it was evident that he only worked through them enough to twist them in his favor. I don't usually like books where the hero in the book isn't alpha and his whimpering turned me off. I also couldn't help but notice his sneaky, gaslighting ways that as a reader threw up red flags for me. I still think Mady was too lenient on him. It was a HEA so I'm happy about that and again the prose was fresh.

So if you don't mind books where the male isn't alpha this may disturb you a little. Still a good story though.