Where I'd Rather Be (Forget Me Knot, Book 4) by C.R. Ellis: Release Blitz + Excerpt + Review 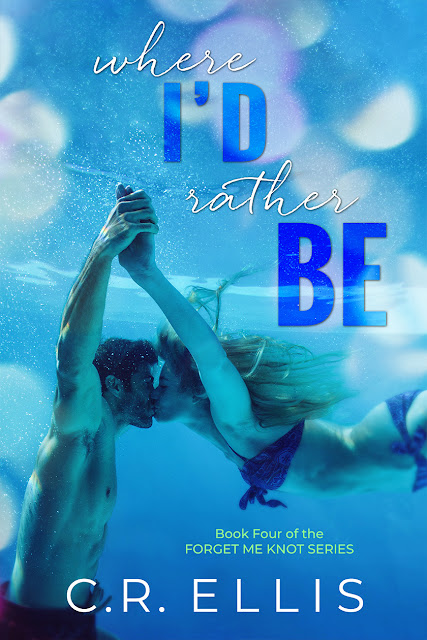 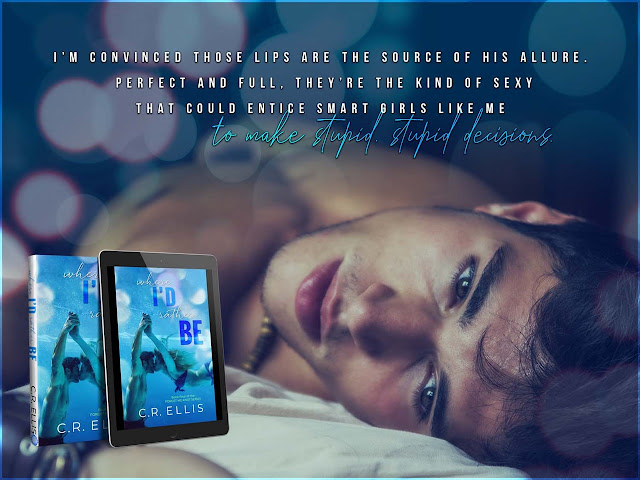 Until weeks later, when whispered words full of dirty promises had me sliding onto the back of his bike without a second thought.

If there’s one thing my past has taught me, it’s not to fall for a guy whose hobbies include bed-hopping and breaking hearts. But you know what they say about history…

Sweet. Shy. Smart. Months ago, those labels told me everything I needed to know about Sophia Kincaid—not my type.

But then she opened her mouth and tore that assessment to shreds. From her smile to her sassy retorts, everything about her drew me in.

One night together was supposed to get her out of my system. Instead, it embedded her under my skin and drove me to make an impulsive offer I’ll definitely regret.

Because if there’s one thing life has taught me, it’s that nothing lasts forever.

***Where I'd Rather Be is a stand-alone in the Forget Me Knot series.***

This is such a big deal to say, but I am certain that Where I’d Rather Be, has become my top read of 2019. It slid right into that number one slot.

This story is so much more than just a contemporary romance. It is life. It is real. It’s about finding yourself, even when you didn’t want to be found. It’s about deep, meaningful relationships. Both romantic and platonic. It’s about feelings and emotions and seeing the light, even if it means letting go.

Where I’d Rather Be, is so well written.  I was emotional throughout the whole book, because it resonated with me on a personal level that no other book ever has. The research and the intimate touches that C.R. Ellis interjected is the reason it is so beautiful. I have been a fan of hers for quite some time and this story topped her charts. If you have not been introduced to her amazing talent, then please do yourself a favor and pick this beauty up. While you’re at it, pick up the whole series. Trust me when I say that you will thank me! 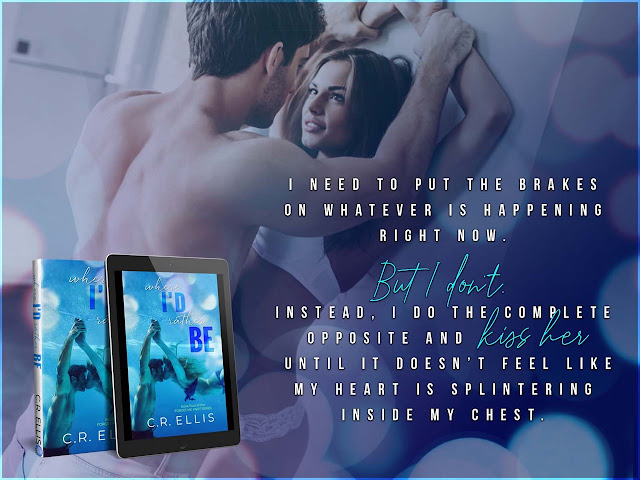 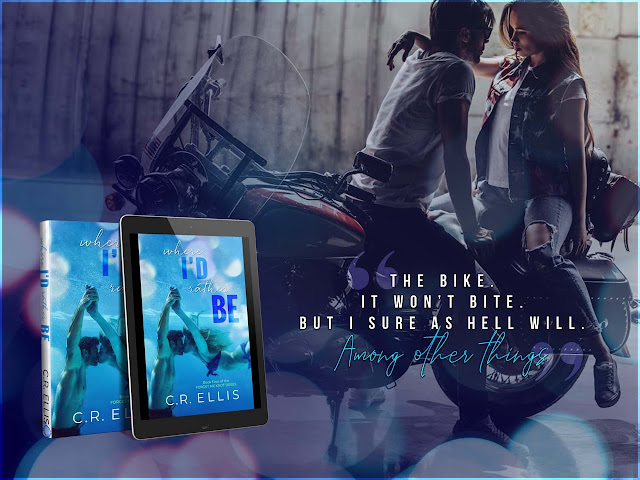 “And this one?” I ask, tracing my finger along an inked tiger shark that wraps around the lower part of his forearm.

Our eyes meet, and his are suddenly bright and full of mischief. The corner of his mouth pulls up, and his smirk melts my insides the same way it did in Sipology all those weeks ago.

“You really wanna know?” he asks in a way that tells me he’s about to make me work for the answer.

“I’ll tell you…if you get in the pool with me in the next ten seconds.”

“What?” I screech, already flustered. “But I’m fully dressed!”

“Gee, if only clothes weren’t permanently sewn onto our skin,” he chides, slapping a hand on his cheek dramatically.

My heart rate has skyrocketed, and I’m already flushed at the thought of stripping down to jump in the pool. Then again, he has already seen me naked…

Then it hits me that he doesn’t think I’ll actually go through with it.

I narrow my eyes and hold up a hand. “New proposition—for every article of clothing I take off, you give me the story behind one tattoo.”

His mouth falls open as his eyes roam the length of my body, whether in anticipation or in an effort to catalog the number of clothing articles I’m wearing, I can’t tell.

“Well? What’s it gonna be?” I ask, trying and failing not to sound smug about my sneaky twist.

“Deal,” he says, sticking his hand out.

I drop my purse by the guest house door and shake his hand before we walk back toward the pool. Because it’s the end of February, I’ve got an extra layer than I would have if it were late spring or summer, which means one more tattoo I can ask about.

“Hang on.” He runs over to his phone on the table and taps the screen a few times. Seconds later, the raised hot tub portion comes to life, filling with bubbles and lighting up in a rotation of colors. “I figured since you sweetened the deal, we could get in the hot tub instead.”

“You would wait to offer the hot tub until stripping was part of the equation.”

“What can I say, I’m an opportunist,” he quips, stepping into the bubbly water of the hot tub, but keeping his eyes laser-focused on me while I slowly pull my arms out of my navy blazer. Definitely was not imagining this scenario when I got dressed this morning, but least I’m wearing a cute bra and matching undies. 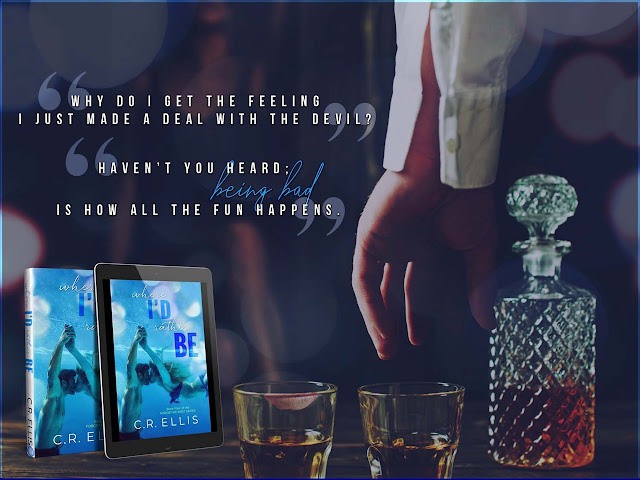 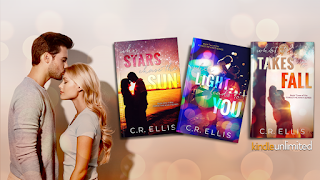 Read the whole series now for #free with Kindle Unlimited!

Why Stars Chase the Sun

When Light Leads to You

What It Takes to Fall 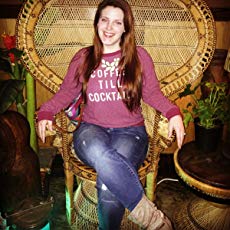 C.R. Ellis is a Texas native who writes contemporary romance novels with plenty of drama and humor, and just enough heat to ignite e-readers and paperbacks everywhere. She can almost always be found attached to her laptop with coffee nearby and her two trusty canine sidekicks by her side. When she's not writing or plotting, she enjoys going to concerts with her sweet husband, dragging him along to see rom-coms at any theater that serves booze, checking off the next destination on her ever-growing travel bucket list, and trying new recipes.

Her passion for writing stems from her lifelong love of reading, and she often binge-reads entire books in a day. She's an unapologetic book hoarder, and her paperback collection is rivaled only by her massive shoe collection. 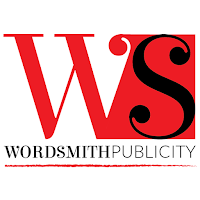 Posted by Michelle Schwartz at 11:46 AM