Bodyguard To The Billionaire by: Nana Malone - Release Blitz w/Review 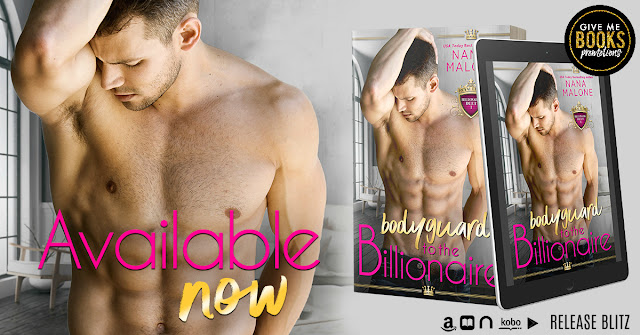 Title: Bodyguard to the Billionaire 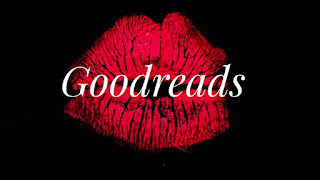 Derrick Arlington is one of the world's most eligible billionaires. Voted Sexiest Man Alive—two years running.

‪And I just so happen to look exactly like him.

‪It’s never came in handy until I get offered an actual job out of it.

‪It was supposed to be so simple.

‪Go to the Winston Isles, stand in as his body double for a few weeks, go back to my life.

‪But when our carefully constructed plan goes awry and the billionaire goes missing, I have no choice but to take his place and hire a bodyguard. The best in the business: a smart-mouthed, tight-assed, lady bodyguard.

‪Zia Barnes is the LAST thing I want, even if I need her. She's determined, smart, and has no idea I'm a total imposter.

‪Good thing I have no intention on falling for her, or I'd be royally screwed.

I have really enjoyed this whole series. And pretty much all of this author's books!!!

Once again, someone's body needs guarding. And once again, it's the King's family. Although slightly redundant, I still enjoy them very much. I've wanted Zia's story for a while and this one has a bit of a twist.

Zia has to guard Derrick's body. Or is it Theo? Derrick has secrets or are they Theo's? So who has she fallen for? The rich billionaire or.....

Derrick doesn't act like a billionaire CEO. He enjoys taking care of Zia and enjoys her company. Of course there are the hot moments but he's winning her over just by taking on some of the weight off Zia's shoulders.

The writing is fast-paced and exciting. The characters are bad-ass and awesome, but also real and relatable. There's still the side story of royal'ness that's so cool.

“I’m not going anywhere, buddy.” I jabbed him in the chest in an attempt to create more space. In close combat with this guy, I’d lose. Sure, I was faster and nimbler. But one good hit and I’d be down.

His sharp, slashing brows drew down. “Suit yourself. I know what to do with someone like you.”

I’d bet he did. And none of those things included me sleeping in my warm cozy bed tonight. “Babe, come on the royal family wants a photo.”

Gray Eyes arched a brow. “Darling, you go ahead I’ll meet you there.” His voice was sin and bad decisions mixed together. I stood my ground. Now was no time for him to be noble. “Oh, I know King Sebastian insists.”

He was talking and also raising his right arm. All I saw was the black gleam, and I acted, launching myself in the air and slamming against Gray Eyes. Toppling him over and covering his body with mine, tranq gun raised.

Wasting no time, I squeezed twice. The asshole about to shoot at us was big. Who knew if two doses would be enough? But I was prepared to run.

The muscle-bound brute fell to his knees. I rolled on my back, ready for anything.

But I didn’t need to worry. Two hits with the tranq had done the job. I sucked in a shuddering breath. When I turned to my bed of muscles, he was glaring at me. “Do you have a bloody death wish?”

His voice had lost some of the sin quality. It was colder, like he was pissed.

I pushed to my feet. “What? You wanted me to let you go with that asshole? He was going to kill you.”

“I promise you, I’m quite capable.”

Unbelievable. “You could have fooled me. Men wielding weapons and shoving you into a car are generally bad news.”
His gaze narrowed as he glowered at me. “I had it under control.”

I crossed my arms. “Oh, so you're delusional. Okay then. Goodbye, crazy. And P.S. You're welcome.”

“You generally only say thank you when you’re glad someone did something.”

I shook my head. “For fuck’s sake. Next time I’ll let you die then. Pity. You look expensive, like someone would miss you, but it’s no skin off my back. I’ll just let the homicidal asshole kill you when he wakes up.”

“You could have been hurt. Did you pay attention to what just happened?”

“You mean besides me putting on a display of badassery the likes of which you’ve never seen? I also made this couture look damn good. Oh yes… and saved your ass.”

“I’m not a princess, asshole. I’m a King’s Knight. I don’t need anybody to save me. Have a nice life.” As I strutted off, I flipped him the bird.