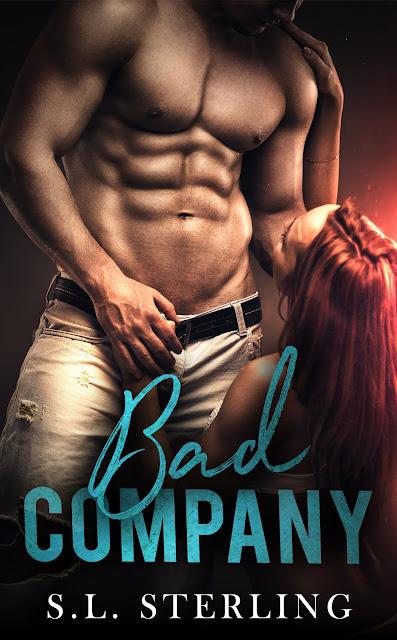 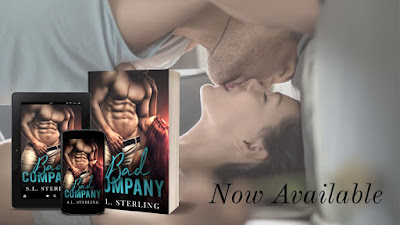 From the moment we met, I despised Leah as much as she hated me. It only made matters worse when my mother became involved with her father. So, ten years ago, I moved away. But when I come back for the big anniversary party, the rivalry has disappeared, and we're being congratulated for putting aside our differences. What they don't know is that if I get my way, tonight we'll be sharing a room…

From the moment we met, I did everything to get Logan's attention. All that he'd direct toward me were mean pranks often leaving me in tears. Even when he left for ten years, I still tried to get his attention. It took me a long time before I finally gave up. When Logan shows up unannounced for the big anniversary party, I expect the worst case of rivalry yet, but instead, we're actually getting along, and everyone is thrilled. And when I end up finding out the truth of why he is back, it shocks me to my core.

This is a story that you just can’t help but get behind. It shows that no matter how hard you try; the heart wants what it wants and loves who it loves. That little thing beating in our chest? Sometimes it knows and understands more than we give it credit for.

Bad Company is well written and gives you lots of ups and downs. You’ll find yourself yelling at your kindle at times and others, completely swooning. The only thing that I did not favor was the ending. Even though it’s happy, I feel as if it was rushed. Not having an epilogue made it feel rushed, even more so. However, I would still recommend this book. If you’re looking for a great story with an HEA, this just may be your cup of tea!

“OMG!! This book is AMAZING!! The drama and turmoil the characters go through feel so real that you have to know what will happen next. Definitely, a must read!”

I was dying to ask her where she was, if she still lived here, how she was doing, who she was dating or married to, but I couldn’t give myself away. If my mother thought for a second that I cared, she would wonder what was going on. I didn’t need her to be suspicious. I left the topic of Leah alone and soon we were wrapped up in conversation and we passed the afternoon away talking and getting reacquainted. It had been so long since I had seen my mom, and it was nice to just spend the time talking with her. I missed her a lot. I had been so wrong before I left, and I felt the need to apologize to her, Joe had looked after Mom just the way she had said he would. I had been foolish to think otherwise.

Shortly before dinner, Mom had to run out to the store to grab a couple of things for the dish she planned to make. She had offered to take me with her but with the time difference and all the travel I was tired, so I decided to just stay and hang out until she got back. I put the magazine down I had been reading and wandered into the kitchen. A sense of déjà vu came over me as I grabbed a glass and opened the fridge looking for juice. I poured the cold orange liquid into the glass and shut the door and that was when my eyes caught her beautiful red hair. I stared for a moment, taking her in, and then I let my eyes wash slowly over the rest of her, it was like I was on sensory overload. The outfit she wore accentuated her soft curves, I wanted to run my hands over them, and my mouth nearly watered at the sight of her lips. She stood leaning up against the door frame her arms crossed in front of her. “What are you doing here?” she asked, a smirk playing on the corner of her mouth.

I could barely take my eyes off her, she had grown up, and the way her green eyes danced over my body told me she was as happy to see me as I was her, or so I hoped. “Well, someone didn’t send me my usual Valentine’s Day letter, so I came to get it in person.”

“Don’t hold your breath, Logan, there is no letter.” She walked over and took the juice out of my hand and brought the glass to her lips. I stared at those perfect kissable lips, the ones I had dreamed of kissing for the past ten years. She never took her eyes from mine as she drank the cold liquid. “You know I never loved you.”

She placed the cold glass back in my hand. I watched her eyes do another quick sweep of my body, then she turned and looked over her shoulder at me, smiling, before heading upstairs. I firmly planted my eyes on her tight ass as she walked away from me. I wanted so bad to grab it and pin her against the wall and do things to her that I shouldn’t even be thinking about doing. Instead, I quickly averted my thoughts and my eyes when I heard the front door slam and my mother came into the kitchen carrying a bag full of groceries.

“Logan, what on earth is wrong?” she asked looking at me.

“What do you mean?” I asked as I took a sip of the orange juice, still imagining Leah’s kissable lips on mine.

“You look like you did when you were ten years old, as if you were doing something you shouldn’t be.” She laughed.

Just thinking of fucking my stepsister ten ways to Sunday, I thought to myself. I finished my juice and then helped Mom put the groceries away. 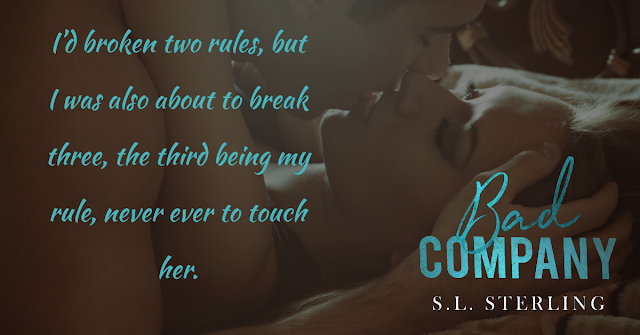 S.L. Sterling was born and raised in southern Ontario. She now lives in Northern Ontario Canada and is married to her best friend and soul mate and their two dogs.

An avid reader all her life, S.L. Sterling dreamt of becoming an author. She decided to give writing a try after one of her favorite authors launched a course on how to write your novel. This course gave her the push she needed to put pen to paper and her debut novel "It Was Always You" was born.

When S.L. Sterling isn't writing or plotting her next novel she can be found curled up with a cup of coffee, blanket and the newest romance novel from one of her favorite authors on her e-reader. Her favorite authors include Kendall Ryan, Vi Keeland, Penelope Ward, Lauren Blakely, Alessandra Torre and Willow Winters.


In her spare time, she enjoys camping, hiking, sunny destinations, spending quality time with family and friends and of course reading. 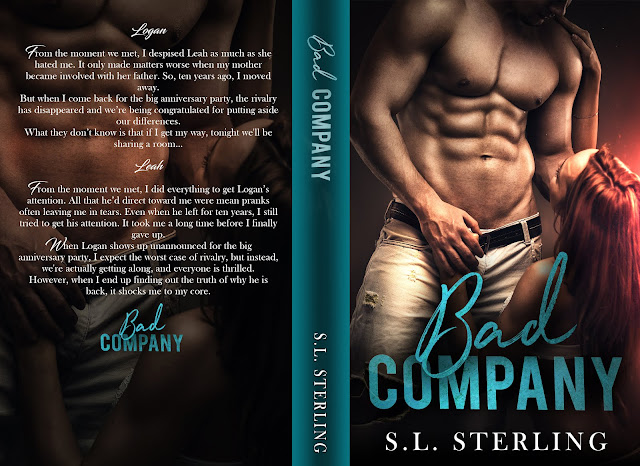