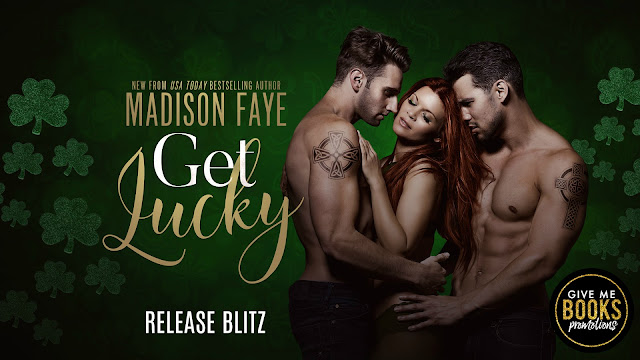 Wanting her could destroy us.
Touching her could start a war.
But the consequences stopped mattering the moment we knew she’d be ours.
Now sharing her is our obsession, and we won’t be stopped…

They call us Kings. Born on the war-torn streets of Belfast and trained in the hard-knocks life of crime, now we’re two ruthless Kingpins at the very top of the Irish mob. And we’re visiting Boston for one reason: to kill the man who hurt one of our own.

But “the plan” goes out the window the second she walks into the room. Gorgeous, alluring, and feisty as hell. Sharp green eyes, blazing red hair, and legs a man can only dream of feeling wrapped around his waist.

But Phoebe’s also entirely off-limits. She’s forbidden fruit, and dangerous as fuck. Hell, she belongs to the man we’re here to kill. But then, she stopped being another man’s woman the second he put her up as a bet in a card game.

…And when the chips fall? Well, you better believe we’re going to collect our prize.

Tangling ourselves with her could mean losing everything. But one taste of her sassy lips and freckled skin makes us lose all control, and we know we won’t be stopped from taking what’s ours.

Because now, we’ve got a new plan: claim her as our own, keep her safe, and destroy anyone who tries to take her from us.

We’re not sure if Phoebe’s got any Irish in her.

…but she’s about to.

Plus it has a great story. He Irish Mob! For goodness sakes how much better could it get? The action is quick and the book runs at a very fast pace.

The characters are great and just enough alpha/sweet/badass to be realistic.

The writing is awesome too. Ms. Faye isn't shy on the colorful words which adds to the realistic aspect. Definitely a fun quick read.

USA Today and #1 bestselling contemporary romance author Madison Faye is the dirty alter ego of the very wholesome, very normal suburban housewife behind the stories. While she might be a wife, mom, and PTA organizer on the outside, there's nothing but hot, steamy, and raunchy fantasies brewing right beneath the surface!

Tired of keeping them hidden inside or only having them come out in the bedroom, they're all here in the form of some wickedly hot stories. Single-minded alpha hero, sinfully taboo relationships, and wildly over-the-top scenarios. If you love it extra dirty, extra hot, and extra naughty, this is the place for you! (Just don't tell the other PTA members you saw her here...)