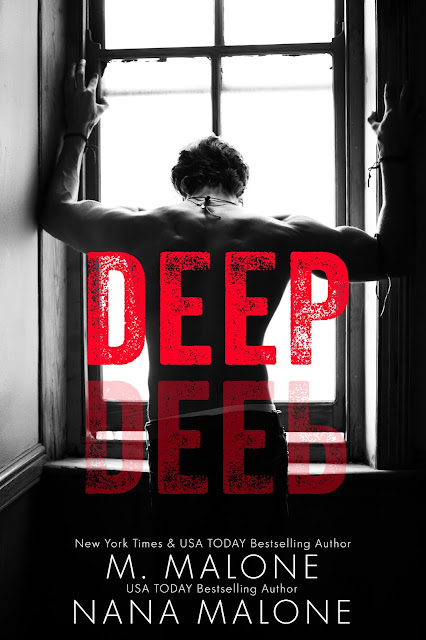 I am the ghost that haunts your dreams. I am a liar, a protector...a killer...I am death.

You think you know my story, but you have no idea. My death was just the beginning.

In the years since I escaped the shadow organization that owned me, my vow to protect my family is the only thing that kept me alive.

Until I meet her.

Too bad I need the monster to protect her from the demons of her past.

Too bad she’s not that innocent.

Cliffhanger Warning: I know you want the whole story right now. But that's not how things went down. And I think you know by now when it comes to ORUS, things don't always go according to f*cking plan.

(The Deep Duet unfolds over the course of two books. Deep will be followed by Deeper, releasing on January 29th) 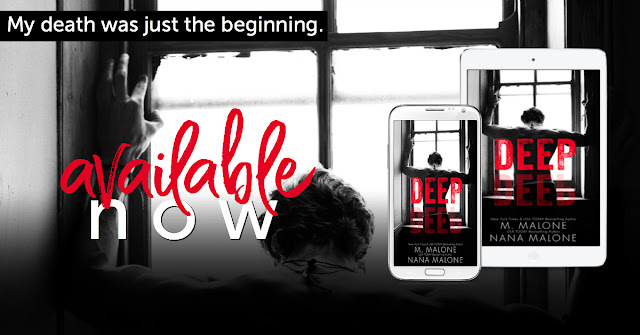 YES! Thank the Heavens above; I finally have Rafe’s story! This man is the epitome of an alpha male. Strong, sexy, sensuous and oh so mysterious. He gives me ALL the feels. I have waited so long to get in deep with this man. To top it all off … Rafe has met his match in Diana. What he doesn’t know won’t hurt him, right? Right … ?

The last thing that Rafe ever expected was to meet those intense eyes again, especially after all of these years. Diana always knew that she would avenge her fathers’ death. Until she got to know his killer, that is. Could she go through with it? The man that killed her father was a monster. The epitome of filth. The scum beneath her shoe. She would have no qualms in seeking revenge. Or would she?

Nana and Minx have given us yet another masterpiece in Deep. I devoured this book in one sitting. Like all of their others, once I cracked it open, nothing else mattered. This story has been in the making for quite some time, as we’re finally getting back to where it all began. If you have not been introduced to these amazing authors, please acquaint yourself immediately. Definitely top shelf reads. Enjoy! 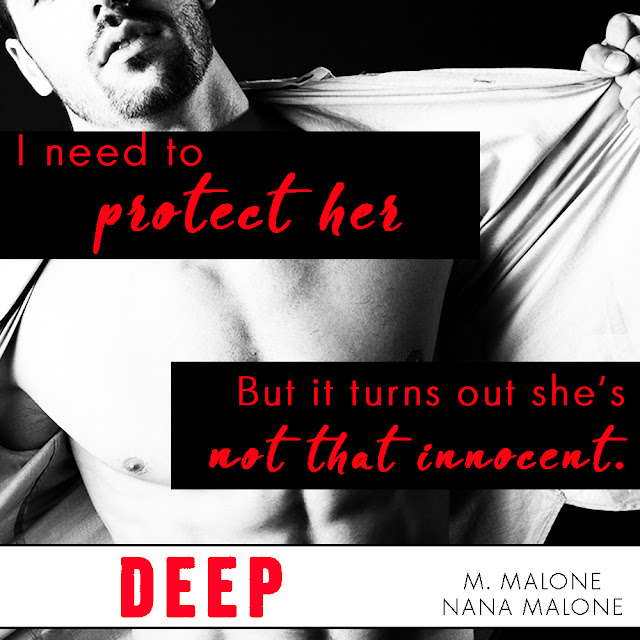 Ovary up, bitch. This is the plan.
If she wanted her plan to work, it was going to require sacrifice, which meant getting this car down the fucking ravine and then climbing down herself. Time to put on her big-girl thong.

She gathered up her long blond hair and secured it with a ponytail holder. Time to get to work. She only had a couple of hours. She’d been following Rafe DeMarco every Tuesday for months. This was the path he’d take. It was too late for another plan. Besides she’s been setting this up for months.

She had selected the perfect spot for this. Right before the guardrail began. As an added bonus, there was a path she could use to initially climb down and a rock outcropping she could stand on to wait for him.

She’d scattered broken glass to make it look like an accident. Once the car was in neutral, she jogged around to the trunk and started to push.

Her ribs throbbed. That asshole in krav maga class had forgotten they were training and had gotten in a brutal hit. She’d have bruises for days. But it wasn’t like she could wait to heal up.

Even as the sweat popped on her brow and her body screamed, inch by inch she pushed until she finally started to get some momentum. And then managed to get car right up to the edge. With one more deep breath, she rolled the car over the edge.

The crash, boom, thud sounds echoed all through the ravine as the car tumbled front-over-end down the jagged edges of rocks. A quick glance at her watch told her she needed to haul ass. DeMarco was likely turning on to the road by now, so she didn’t have time to waste.

It was a stupid thing, but she felt a pang of hurt looking at the shiny blue paint she’d picked out, all crumpled and cracked. That was the first car she’d ever bought for herself.

She’d never had her own car before. Her father had preferred for her to be chauffeured, and her brothers had felt the same way. So she’d been excited to pick out a car on her own. And look at it now… a martyr for the cause.

“Your sacrifice will not be for nothing, young Toyota.”

The back of the car was now completely smashed and bent, so it looked like the car had skidded off the road and plunged down the embankment. She shivered. Under her coat, she only wore a thin dress, one that clung to her curves. But it was part of the plan, so she’d pushed past the mortification. It would all be worth it soon.

She clasped her forehead, rubbing at the stress ball of tension that had settled behind her eyes. Now or never.

The entire scene had been meticulously planned. With a deep breath, she scooted around the guardrail and held her breath as she started down the nearly nonexistent trail. Sand and razor-sharp rocks were more than happy to mingle with her toes and cut up her feet, but she kept moving.

The son of a bitch had better take the bait. He will. This whole plan banked on Rafe DeMarco being a decent enough human being to care about someone else potentially being hurt. Either that or curious enough to stop and see what the hell was going on.

The glass was hard to ignore. As were the random clothes she’d strewn about. She just prayed some other stray motorist didn’t decide to be a Good Samaritan. But this was an access road, rarely ever traveled.

She shoved aside the lingering feelings of doubt and concern and guilt. This man had taken everything away from her, deliberately and systematically. She was going to return the favor. And she was going to get her life back. It didn’t matter how long it took.

She shivered again when she remembered his dark eyes peering at her from behind the mask. He’d just killed her father. Two bullets in the skull. Cold. Efficient. His lips had been set in a firm, grim line.

She’d gasped from her hiding place, the fear and the shock and despair leaking through her body like a chemical spill. She still remembered the sound of his voice as he muttered a single word. “Fuck.” When he’d pulled aside the curtain, she’d been so sure he was going to kill her too. Positive he was going to murder her like he’d done her father. But he hadn’t. He’d let her live.

That was his first mistake.

Bad luck for him. She remembered that day in startling clarity. The day he’d turned her family upside down. Come to think of it, she needed to have a slogan for when she saw him again. Like in The Princess Bride.

“My name is Diana Vandergraff. You killed my father. Prepare to die.” She wasn’t the villain here, so she wasn’t going to have some long, drawn-out bragging speech. But he would know. She’d make sure he understood the series of events that had led to his world crumbling.

She wanted him to know. 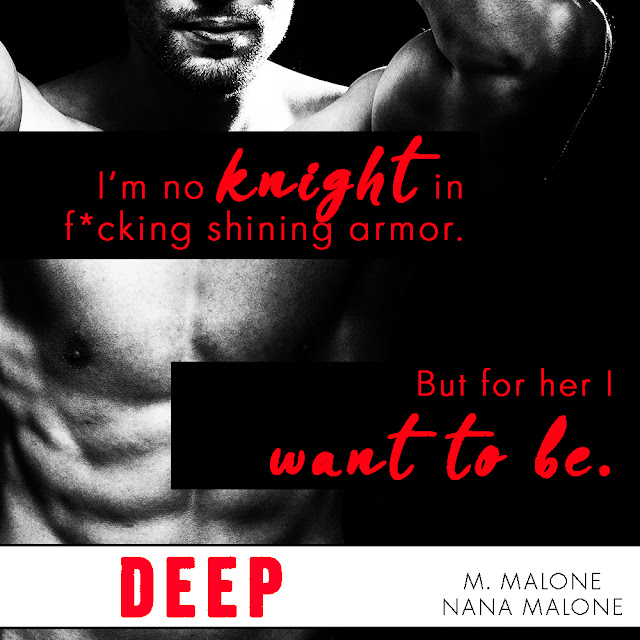 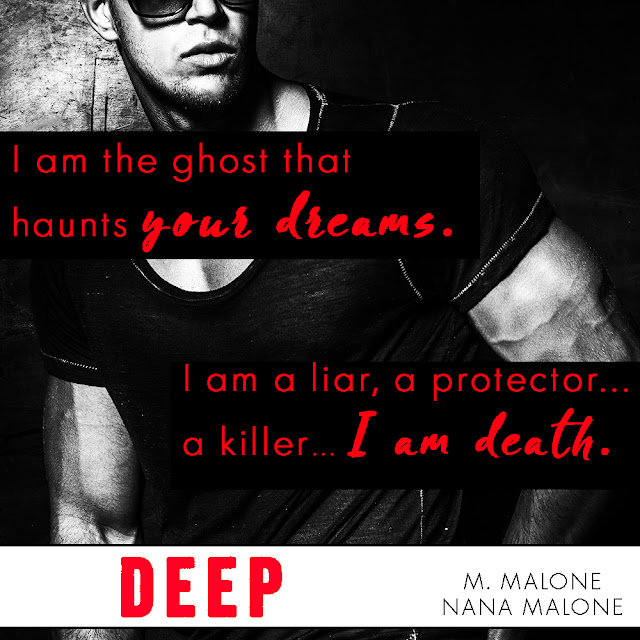 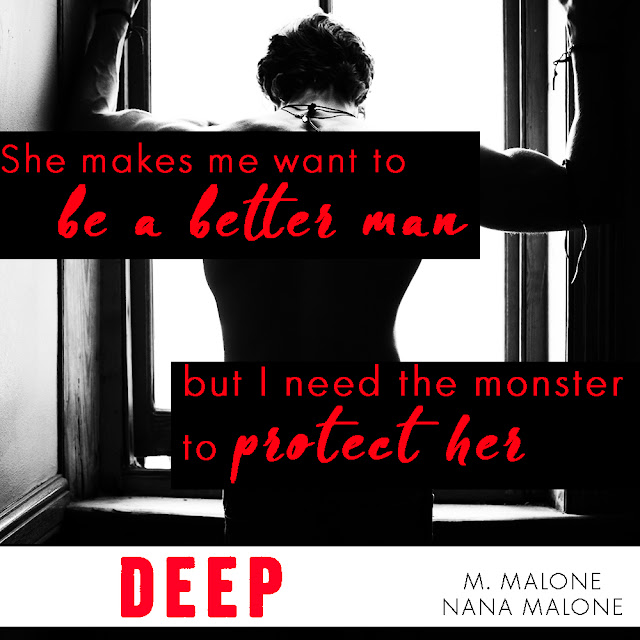