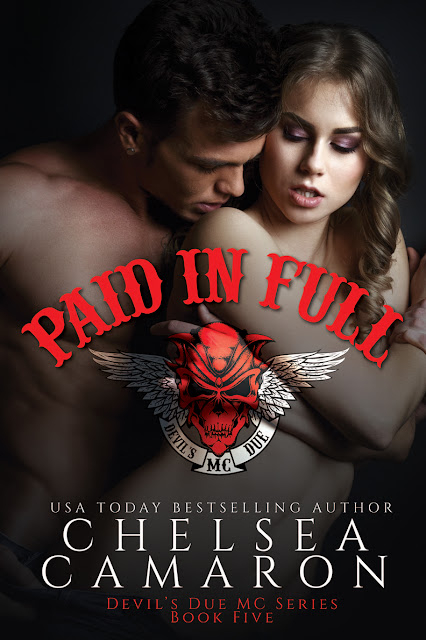 Serving a country full of flawed systems slowly eats away at a man. The domino effect of one person's crime going unpunished burns deeply.

Gentry 'Deacon' Hawkins is an all-American hero. He went from the star athlete to the elite of the Navy SEALs. When a mission went bad, costing the innocent lives of his team and some civilians, he was forever changed. Riding with the Devil's Due MC is the only peace he has found since getting out of the military.

Tempest Adams spends her every waking moment serving others. She has given her life to provide a safe haven for women and children while they rebuild their lives. At the end of every day she finds both satisfaction in her life and loneliness.

However, danger lurks in her world, under her roof.

Will Deacon put his anger aside? Can Tempest swallow her pride and ask for help? When everything comes to a head, will Deacon be the hero Tempest needs to save her or will he be too late?

This is the story of Tempest, Arika and Deacon 'aka' Gentry. What stood out to me in this book was the relationship between Tempest and her unexpected child, Arika. Even though Arika may not be her blood, she has raised her as her own, after the untimely death of Arika's birth-mother. When their relationship is strained, in walks Gentry to save the day. He speaks to Arika the way that she wants to be spoken to and honestly, what she is looking for and needs.

In order to become close to Tempest, the woman that he craves, he knows that he has to win over her daughter. Gentry has fallen hard for Tempest, but she doesn’t seem interested in a relationship. Hooking up makes her happy. However, he is bound and determined to convince her that she needs him in her life. Will she fall for his alpha ways and open her heart to love? Can he deal with being an insta-family?

I enjoyed this story, although I felt that Gentry comes off too strong and is quite pompous. That would be an instant turn off for me and I would have to tell him where he could shove it. Ha ha. Now that is only my opinion, so don’t let that sway you from purchasing Paid In Full. Chelsea’s story-line is on point and her writing is amazing. I will definitely be waiting for the next in the series ... Bottom Line! 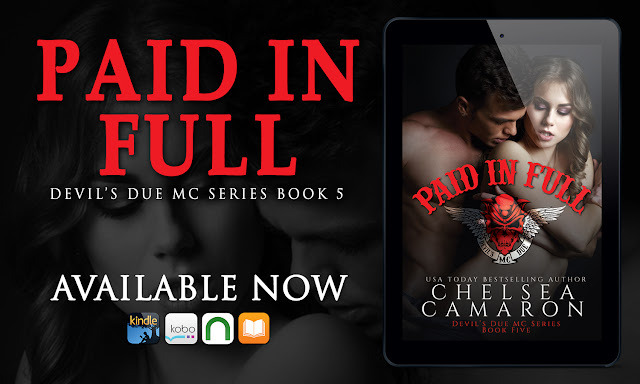 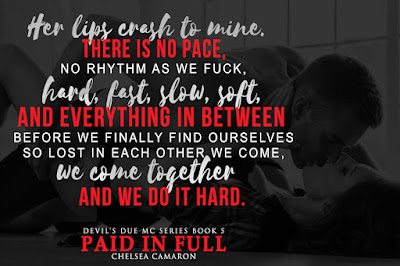 Ramblings from Beneath the Sheets - “This is a really fabulous addition to the MC series from Chelsea.”
Spunky-n-Sassy - “This read was beautiful. So much passion and fight for life. A total must read.” 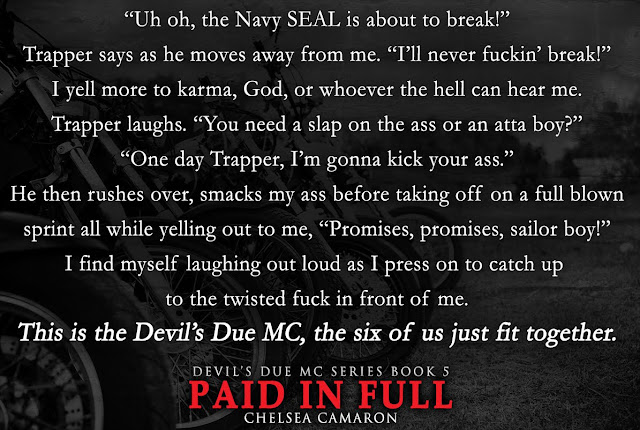 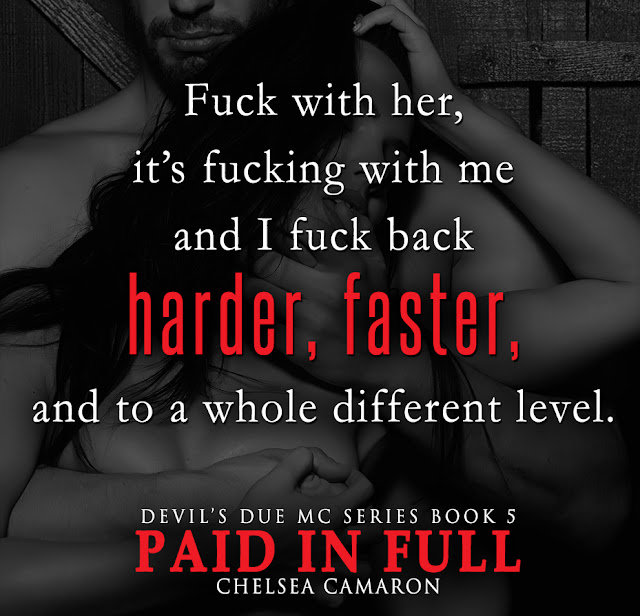 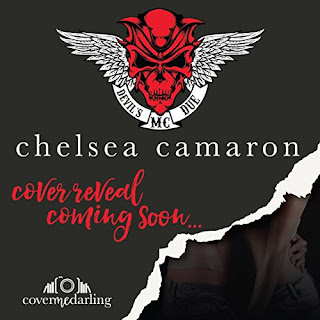