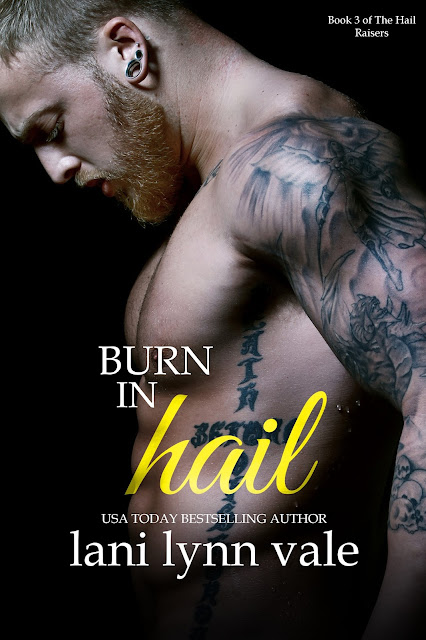 One look at the sixteen-year-old, prim and proper town goody-two-shoes, Hennessy Hanes, and Tate Casey knows he’s in trouble.  He knows he should stay away from the preacher’s daughter, but there’s something about her he’s drawn to, and he can’t resist the pull.
The more he gets to know her, the more he realizes that something isn’t right. He may not be able put his finger on what it is, but he’s determined to find out what’s going on with the girl with the haunted eyes.
Tate didn’t anticipate that someone else would be just as determined to keep Hennessy’s nightmare a secret, and he never realizes just how far that person is willing go to keep those skeletons in the closet until it’s too late.
With the very real threat of jail time hanging over his head, Tate leaves without a backwards glance at the town or the girl. The problem is that out-of-sight doesn’t necessarily mean out of mind, and it’s Tate who’s now haunted by his decision and memories of Hennessy.
***
Hennessy Hanes knows better than anyone that not everything is always as it appears to be. After years of being on the receiving end of her squeaky-clean preacher father’s abuse, she seizes an opportunity to leave it all behind and runs.
Her only regret is that in walking away she loses any chance with the one person who tried to save her.
***
Fast forward ten years, and they’re both back where they started.
Tate was never a good boy, and it turns out that the man he’s now grown into isn’t all that much better. Anger is a living, breathing part of him, and there’s a court order forcing him to seek help from the one person he’s never forgotten.
Hennessy never thought she’d see Tate Casey again, and certainly not on her couch. But now it’s her turn to save him, and there are rules she must follow as his psychologist, not to mention a court order instructing her to help him manage his anger. If she doesn’t follow those rules, he’ll end up back in jail.
Tate Casey has never been a man who followed the rules, and Hennessy is no longer the straight-laced, timid preacher’s daughter she once was.
His hands may be tied, so it looks like for the first time in Hennessy’s life, she’ll be the one breaking the rules for the chance to finally get what she’s always wanted. Him.

Wow, people of the church can be some shady individuals, can’t they? I grew up Catholic and everyone knows the things that are said about fathers and our churches.  However, Hennessey Hanes has been through so much turmoil, devastation and let down her entire life. This is one hell of a strong woman. I love strong women and I love the strong alpha as that rescue them, even more. Hail YES!

This story is seriously about finding yourself, standing your ground and allowing help in, where it’s needed.  We get to fall in love with not only Hennessey, but Tate Casey as well. He is there to hold her when she falls and then gets to build her back up. These two just work.  Having been infatuated with her since they were kids, Tate held out until his life seemed to be falling into place. They are amazing together and by the end, we see what a bond they truly have. Always remember to not let anyone break you down. Find your strong. Find your happiness and go with it.

Another amazing, amazing book pushed out by our lovely Lani Lynn Vale. If you have not read the series yet, please do yourself a favor and pick them up and get to reading. You will not be disappointed. 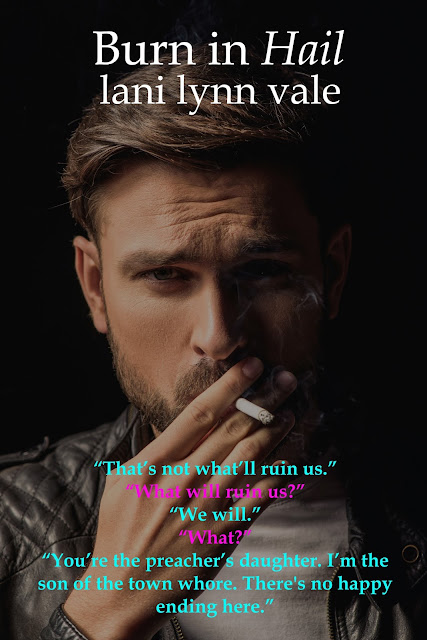 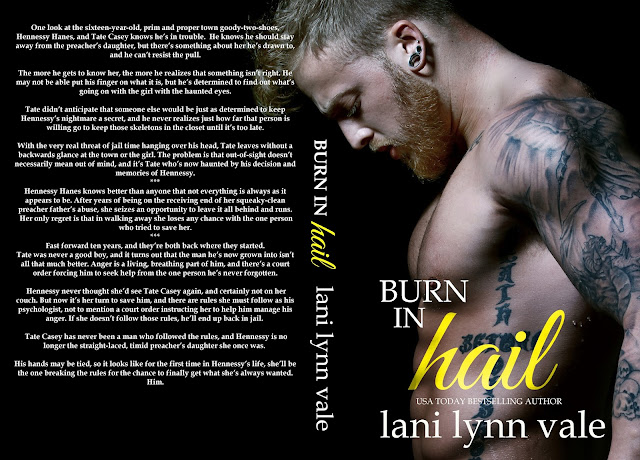