I Stole His Car by Jessica Frances: Amazon Tour 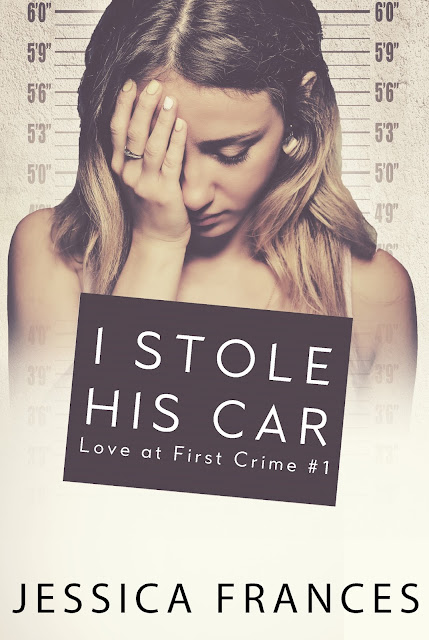 She stole his car, so he stole her heart…
I saw something I never should have seen.
I took something they wanted back.
I was desperate.
Alone.
Hunted.
So, I did something I never would have normally done.
I stole a car.
Not just any car.
His car.
Now I have no choice but to trust him.
Only he can help me get out of this mess.
Then, when we both become hunted,
And when feelings begin to complicate things,
Can I still count on his protection?
Can I trust what is happening between us to be real?
Because, as some people say: there is nothing quite like love at first … crime.

Two things that I took away from this beautiful book.
1.   Things aren’t always as they seem.
2. I am pretty sure that Zander is a Saint.
I enjoyed I Stole His Car so much that I’m definitely going to miss these characters. Like, I am heartbroken that it had to end. I need more! This book is so full of real, everyday situations, which is why I loved it so much. Jessica Frances is without a doubt, the goddess of writing. You can’t fake this kind of talent. Raw, real emotions … personal flaws … real life turmoil and finding a way to cure a broken heart. It’s all there.
No matter if it was Zander, Ava, Van or Sasha .. they all hold a piece of my heart. The way that Ava loves and shows compassion, Zander being the natural protector, Van being the ever loving and funny brother and the pain in the butt Sasha. The story would not have been the same without any of them.
Some people may think that I am crazy for saying this, but it is so refreshing to read a book that is not filled with sex scenes. I can’t tell you how wonderful it is to have an amazing story and backstory, without feeling the need to add sex into every chapter. Seriously, a breath of fresh air. Don’t get me wrong .. it does get hot, it’s just not in your face and placed well. Make sure you pick up your copy of I Stole His Car. It is definitely one of my top 2017 reads!!

Then Zander’s gaze turns back to me, and I don’t feel so warm and fuzzy toward him anymore. Instead, I feel as though I’m facing a judge and ready to hear the verdict on just how many years I’m about to be thrown in jail.
“You stole my car,” he growls.
“Yes.” No point denying it.
“You kidnapped my twelve-year-old brother.”
“Technically, yes. However, I wasn’t aware he was in the car at the time,” I pathetically try to defend my actions.
“You came back, though, even after I told you I was calling the police.” His stance is stern, but I see the same expression of curiosity that I saw earlier in Van.
“Yes.” I glance around again, waiting to see the flashing lights of a police car approaching in the distance. Instead, I see a lone officer in uniform approaching us.
I don’t recognize him as one of Brian’s friends, but that doesn’t mean he won’t hand me over to him.
I barely even got to enjoy my freedom away from Brian. Well, it technically wasn’t freedom since I was chased the entire time.
Why can’t I just catch a break?
I can’t stop myself from stepping away from the young officer, my body back to being tense and shaky. I hate that this feels normal to me now. It never used to be. Now it feels strange to feel relaxed.
“What’s wrong?” Van asks me, his concern sweet.
“Excuse me, but did I just hear you accuse this woman of stealing your car?” the officer asks, swinging his hand to rest on his side arm in what looks like a reflex.
Silence falls over us. Van looks as panicked as I feel. I can’t read Zander’s face, but he hasn’t confirmed the man’s words. That gives me a small amount of hope. Maybe he is the most forgiving man in the world.

Born and raised in South Australia, Jessica spends her days working in a bakery, afternoons catching up on lost sleep, and nights reading and writing. Writing has always been a passion of hers, however it wasn’t until recently that she decided to put pen to paper and make things official. 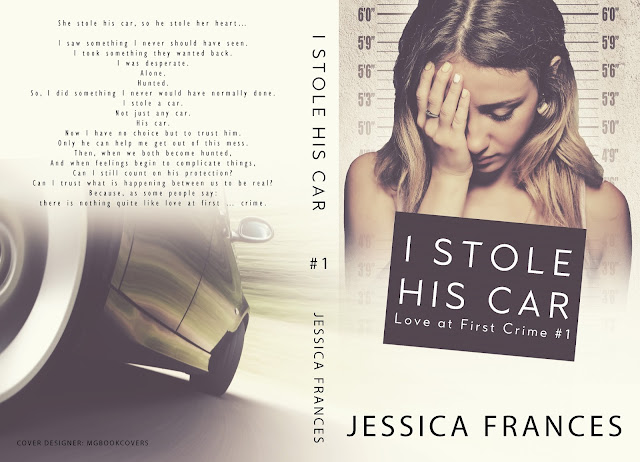