Give Me Hell by: Kate McCarthy - Release Blitz w/review 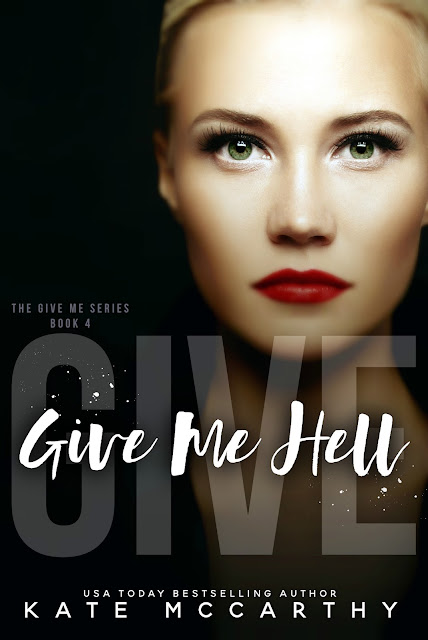 Mackenzie Valentine is wilful, fiery, and determined to prove she doesn’t need anyone. Desperate to break free from the over-protective parents and three older brothers who dictate her every move, she runs away at the age of seventeen to hunt down the only boy who makes her feel alive.

Jake Romero has no choice but to leave the best thing that ever happened to him, taking him down a path that leads to notorious gang, the King Street Boys. When fate throws Mackenzie back in his life, he turns her away in her time of need, knowing he now lives a life in which she doesn’t belong. Except his decision has shattering consequences, leading to secrets, lies, and the ultimate betrayal.

Years later, their lives continue to entwine, and when his past returns demanding retribution, Mackenzie intervenes and gets caught in the crossfire, leaving behind a devastation that no one sees coming. Can their relationship withstand the hell it’s endured, or is it too late for love? 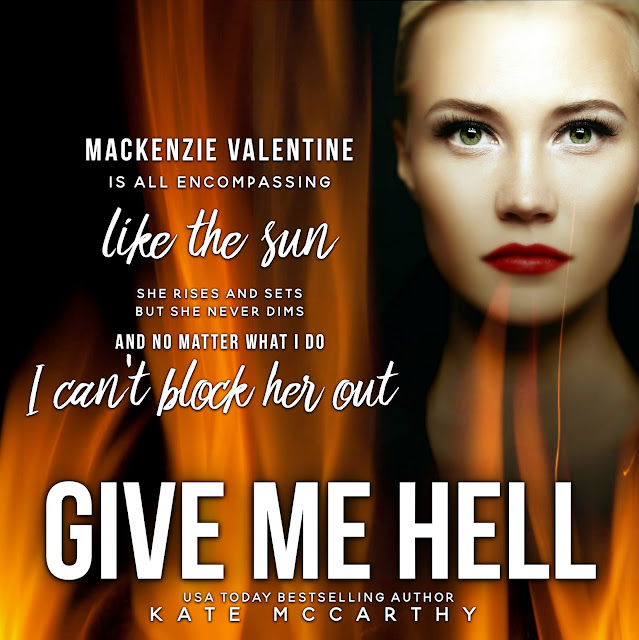 WOW! WOW! WOW! I loved this book so much. I haven't read the other three before it but I will be that's for sure! This one was fantastic!!!

Mackenzie is a sexy female beast and she don't care! Girlfriend is fierce! She will take on anyone, penis or vagina, and come out in the right for all mankind. I love her!!

Jake is sexy and sweet and tough and a bit romantic. And so incredibility right and protective and so many other things! I love him too. But I mostly love how he is with Mac. He lets her have her way when she needs the control, but he protects her and lets her be.....free. She gets to be herself with him.

They have had a very turburlent road since they met in high school. They are adults by the end and it's pretty much the same. But it's soooooo entertaining. I can see the action taking place thanks to the amazing Kate McCarthy. The writing is exceptional!!! Loved all the characters and I'm going to go download the rest of the series right now!!! 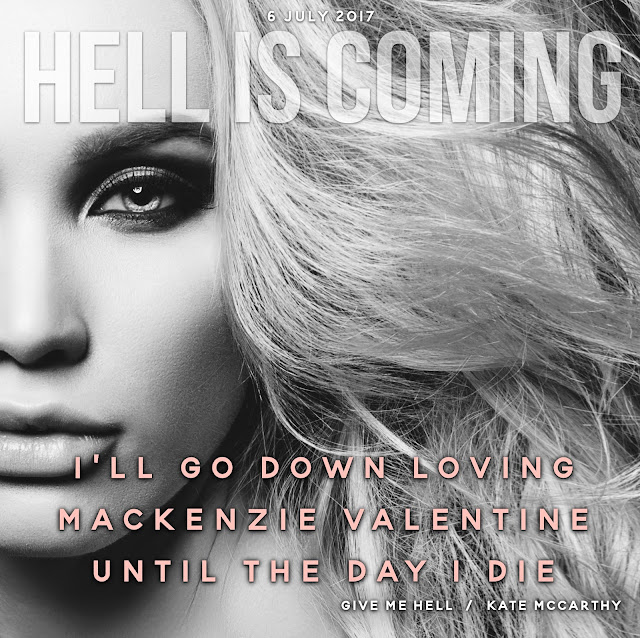 With a low chuckle I roll over on my bed to eyeball the stolen file that I’d slapped on my bedside table last night before crashing. I’m feeling rather pleased with myself until my gaze encounters Jake. My gleeful chortle dies a quick death.
He’s leaning against my bedroom wall, bare-chested, arms folded, and wearing nothing but a pair of black boxer-briefs and a furious glare.
My gaze drops to the bed where Jake has laid out the black beanie used to cover my pale hair, and the black leather gloves that kept my fingerprints from any surface I came in contact with.
Fuck. The sun is streaming in through the blinds and I know it must be late morning already. Clearly I’d forgotten to set the morning alarm. A rookie mistake. And now I need to get past the gauntlet that is Jake and somehow get the file to Casey before he enacts his own plan to retrieve it.
My eyes flick up, meeting his. “Morning,” I say coolly. His jaw ticks. “Care to explain?”
Jake’s car keys rest on top of the report file and I know he’s seen them. Not only had I performed a break and enter last night, I had also added car theft to my criminal repertoire. Explaining that will likely cause my untimely death. I pretend to consider his question for a moment. “Not really.”
Jake pushes off from the wall and moves toward the bed, bringing him closer. “Well you’re going to.”
“No,” I say, casually sliding across the mattress and away from Jake. “Not today. I have things to—”
Putting one knee on the bed, Jake leans across and grabs the back of my long-sleeved shirt in his fist. He yanks and the distinct sound of a riiipppppp renders the air.
“My shirt,” I gasp as I fly through the air, landing on my back on the mattress with a hard bounce.
“I don’t give a rat’s fucking ass about your shirt,” he growls, straddling my body.
His hard thighs trap me in place and his hands pin mine to the bed. Moving will likely end with a cracked rib.
Jake leans his face down until I can’t look anywhere but in his eyes. “You can start with why you’re dressed like a thieving little bandit.”
“Because I stole your car.”
“Why did you steal my car?”
“Because I couldn’t get a cab.”
I actually considered calling for a taxi but then my movements would be on public record, easily placing me at the scene. I’d had to rule it out.
“Stop leading me in circles, Princess, and spit it the fuck out. What did you do?”
I huff deeply, letting my frustration out. Jake isn’t going to just let this go. It leaves me with two choices. Lie or be honest. I chose door number two, because while I sometimes keep things from Jake, he doesn’t deserve outright deceit.
I spill out my early hours adventure, rethinking my choice of honesty as he sits back on the bed, his fury a slow-building thunderstorm.
There’s silence for a tense moment when I finish speaking.
“You committed a felony,” he says in a soft voice. I’m not fooled by the tone. His anger is a barely leashed lion. “And you used my car to do it.”
My lips press in a thin line. I hadn’t thought that particular implication through, and now I’m angry at myself. “I’m sorry.”

His expression narrows to one of vengeful retribution. “Oh you’ll be sorry.”
“I will?”
“When I paddle your fucking ass.”
“Jake—”
“Shut it,” he growls, his voice rising. “You broke into a detective’s house. You stole her property. You—”
“Casey’s property,” I mutter.
“Don’t interrupt me when I’m explaining your stupidity to you.”

Kate McCarthy is an Australian, living in the pretty sunshine state of Queensland with her two kids and two dogs, Rufus and Pete.

She loves to bake sweet stuff and eat it too. With an exciting degree in business, she works as an accountant by day, and an author by night. In between family life, she is most often found in bed reading, or at the beach, still reading. 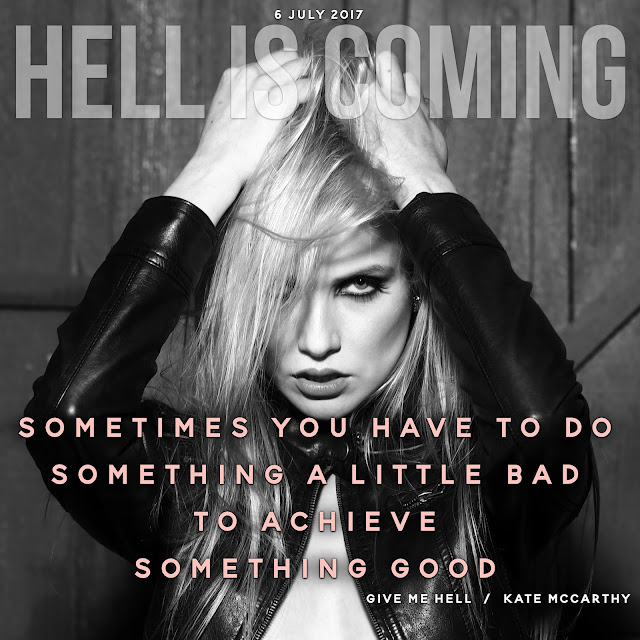