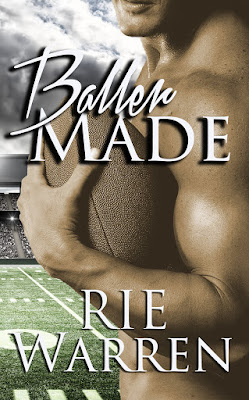 The dark horse of the NFL. A superstar showgirl on the Vegas strip. Their desire is taboo in ways you can’t even begin to imagine.

Calder Malone. Black sheep. Bad boy. Kicked off the Reno Ravens and almost suspended from the NFL. The sexy center remains a fan favorite now that he’s playing for Carolina Crush. And what Calder wants more than anything is to prove his worth to the team that’s his last chance, the family he disgraced, and the one woman he fell in love with years ago.

Unfortunately the comeback kid isn’t a boy anymore, and the babe he wants was never his for the taking—for reasons that make him question his sanity.

Reggie isn’t just a Vegas showgirl, a pretty face. She’s an Air Force widow, a strong woman who’s piecing her life back together . . . And maybe the man she always thought was out of her league and completely off-limits just became fair game.

Off the field and offstage, what happens when Calder and Reggie don't stay in Vegas?

Well I'm deeply saddened. This is the end of the series. I mean it's fantastic. Lots of great closure. Three different Epiloge's so all the other books are tied up too. Rie wouldn't leave her fans unsatisfied.

Calder and Reggie. WOW!!! What a hot, strong and amazing couple! Reggie is Calder's sister in law. Well she was until his brother died for his country. They were all three best friends all growing up. Chris a little more outgoing and he went for Reggie and got her. Calder stood back and watched - his love wasn't ever gonna be his.

Then she is available and he is wracked with guilt that he could now have her. But he feels so bad that it's at Chris' expense. Does this mean he loves his brother less? That he is dishonoring him somehow?

Reggie has mourned the loss of one of her best friends and her husband. She's ready to move on and she knows exactly who she wants to try to move on with. Calder. Her other best friend. Getting to on board is gonna be hard. There's a lot to overcome. Can they? Will they be able to find love in the hardest of circumstances?

I LOVED this story!! As usual the writing is amazing. Rie is so talented at weaving the normal everyday life with the hot passion everyone wants to read about.


I guess we will be waiting around for her next series. I've read all of her books. Amazing. Wonderful. Hot and dirty but with heart and soul. Such entertainment. One of my fav authors.
Very Highly Recommended!!

Wished I hadn’t. My cock went fully hard in an instant. I draped the towel in front of me, one hand notched on the doorframe, my chest bare, Reggie’s chin barely reaching my shoulders. Reggie. On my doorstep. Showing up out of the clear blue. My lips flattened as my heartbeat thudded in my chest.

Everything that had broken open in that alley with Brooklyn I’d sealed back under. Until this precise moment when Reggie lifted a bag in her hand and a smile on her lips when I was pretty sure I’d never looked more threatening.

“I’ve got some time off. Recuperation.” She angled a leg in tight faded jeans toward me. “Sore tendon. Figured you’d know how to put me back together right as rain with your PT background.”

“Funny.” Hooking the end of the towel into the waistband of my shorts, I rasped my hands across the dark shade of stubble on my jaw, and she watched every goddamn stroke. “You don’t look injured.”

“You do.” Her gaze—challenging—dropped to the bruise on my ribs. Motherfucker.

“So what if I did?” She shrugged one shoulder.

“You don’t have to worry about me anymore.”

“I don’t need or want your help.” I tried to maintain the barrier, nearly snarling at her. She merely cast her eyes beyond me. “Are you going to invite me inside like an old friend should?”

Old friend. Old pain. I stepped back. Barely. She ducked under my arm. Smiling. Closing the door, I sealed my body against it. “What are you really doing here?”

“Well, you said you’d accept my calls.” She dropped her bags. Stood with hands on hips. “You lied to me.”

“It’s what I do, sweetheart.” Determined to piss her off so she’d leave because danger lurked in the dark spaces of my mind.

I’d forgotten she reacted like a lioness when cornered. Rookie mistake. In two steps, Reggie was up against me, in my face. Protect and dominate. The two different impulses swarmed through me. I wanted to serve her up on a silver platter and plant my face between her thighs. Then tuck her against me in my bed, blankets all around, my arms a cradle.

Her eyes hooked mine with nothing but unwavering intensity. “You have driven everyone away, Calder.” Her stance blended her against me, and she had to feel the heat—the need and arousal—she spiked in my body.

“I will not fucking let you go down one more time.” Bleak, no longer dreamy eyes, rose to mine. “I’m not losing you to self-pity or self-loathing or any other kind of hate you keep wrapping around yourself.”

Looked like I’d met my match. I’d known it all along. Impossible.

“One man is enough to lose.” Her voice dropped, but her finger pointed at my chest before she spread her fingers over my careening heart. “And you have a choice in the matter.”

At her unerring words, I went stock-still. 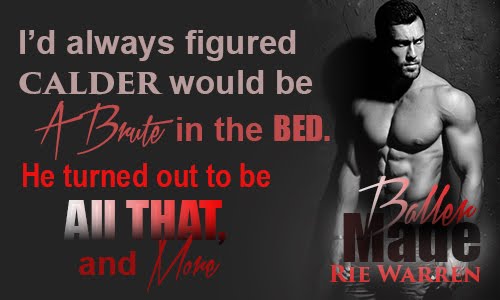 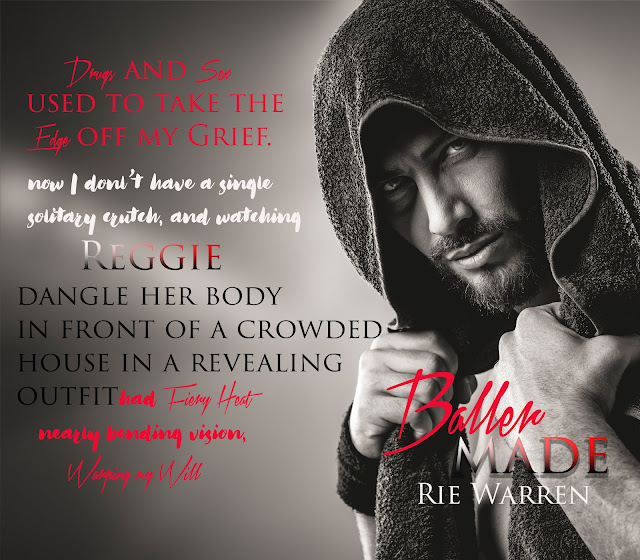 Rie is the badass, sassafras author of Sugar Daddy and the Don’t Tell series–a breakthrough trilogy that crosses traditional publishing boundaries beginning with In His Command. Her latest endeavors include the Carolina Bad Boys, a fun, hot, and southern-sexy series.
A Yankee transplant who has traveled the world, Rie started out a writer—causing her college professor to blush over her erotic poetry without one ounce of shame. Not much has changed. She swapped pen for paintbrushes and followed her other love during her twenties. From art school to marriage to children and many a wild and wonderful journey in between, Rie has come home to her calling. Her work has been called edgy, daring, and some of the sexiest smut around.