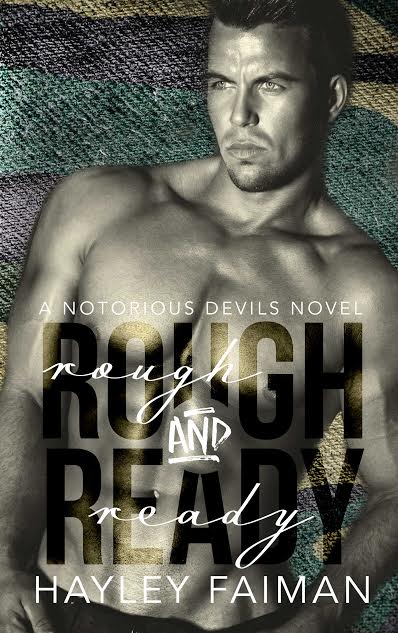 Cleo Hill is a married woman, in love with a man she's never really known—her husband, whom she hasn't seen in eleven years.

Paxton "Torch" Hill is a Notorious Devil, a man who's been wrestling with his personal demons since before he knew the horrors of war.

When a threat against his club means danger could be lurking around his estranged wife's door, Paxton is determined to protect her. Yet, one look at the woman he left behind, and he knows his plans are about to change.

The past is not an easy thing to forget, especially not for a woman scorned. While Cleo isn't the innocent catch he once knew, there's something about that rough and ready man she's not sure she can deny.

After all—they promised each other forever.

Rough and Ready was one amazing read. This is my first read by Hayley Faiman and I am SO happy that I was given the chance to do so.

Paxton “Torch” Hill is a disturbed individual. He married the most loving woman he could ask for, but the war ruined him. Before he had the chance to ruin his lovely Cleo, he took off. No word for 11 years. Even though time had passed, Cleo never forgot Pax, for he is her everything. She knew that he was her happily ever after from the jump.

Pax now goes by Torch, being a member of the Notorious Devil MC. When he gets word that a rival MC are after the women and children of their MC, Torch jumps into action to protect her. Thing is .. Cleo wants nothing to do with him. She fights him tooth and nail, every step of the way, but Torch isn’t having any of it. He’s not losing her … again. Never again will he live without his Clee.

Rough and Ready is an MC story, but it is so sweet and loving and sexy. My God, I admit that I have my very own version of Torch, but reading this just melts my heart. Such endearing times throughout the book, plus … some damn sexy tatted up motorcycle men. They claim what’s theirs and don’t ever back down!!

Pick up your copy today and prepare for the ride of your life!! 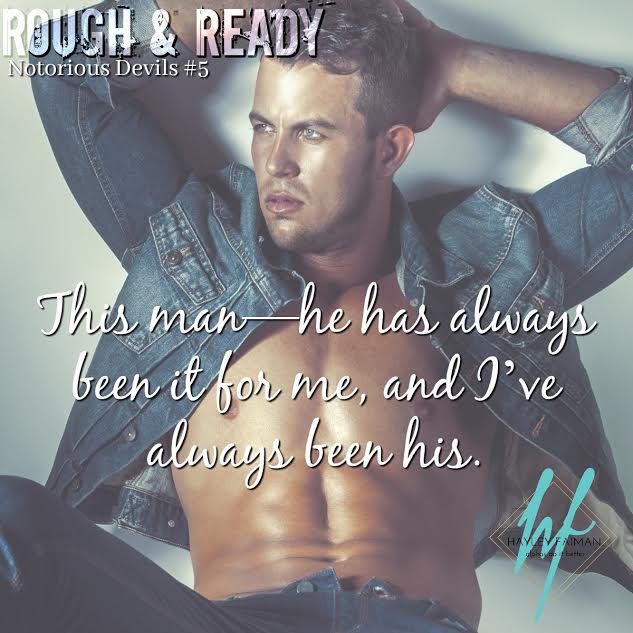