She gave me her kidney. I gave her my heart...
Nicholas Blake learned a long time ago that nobody does anything for free. He’s felt the pain of lies and manipulations enough times to know that people only look out for themselves, and that all good deeds come with a price. So when he wakes up from a near deadly car accident and finds out a stranger is offering to donate her kidney, he’s immediately suspicious of her intentions.
What he doesn’t expect is Iris Chamberlain, a beautiful woman with a big smile and an even bigger heart, claiming she just wants to help. The more time Nick spends with Iris, the more he starts to believe in what he always thought was impossible: a pure heart.
But betrayal leaves a bitter mark. Will Nick be able to let go of his past and let Iris in? And will Iris be able to show him what it truly means to have a pure heart? 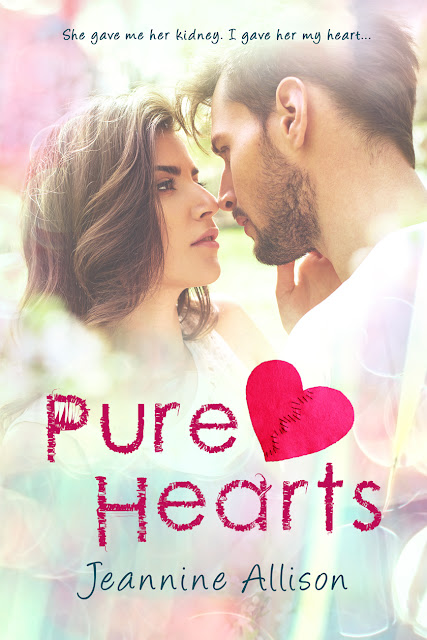 United Indie Book Blog - “This is a beautiful, raw and emotional story.” Bad and Dirty Books - “Pure Hearts has heart, intention but most of all a story to tell. A story I'm grateful I got to experience.” Becca (Goodreads Review) - “This book is perfection. I have nothing to say. Hurry up and read it as soon as it’s released! You don’t want to miss it out.”

This story really blew me away! Never in a million years would have I thought that this book would capture my heart as much as it did.

Iris is a ray of sunshine. It’s her goal in life to be happy no matter what and try to help others along the way. You wouldn’t think she’d turn out wearing her heart on her sleeve with what she has endured when she was younger.

Nick has had a life of betrayal and is quite bitter and untrusting because of it. He is raised by his mother, which I’m sure you’ll love her as much as I did. She keeps Nick grounded and he does her.

After a tragic car accident Nick is in dire need of a kidney. Fate brings Iris to the hospital that day and witness the distress of Nates mother and makes a fast decision to help. Even with the generosity of a stranger, Nate still untrusting and is bitter with Iris. Can she ever prove to Nick that not everyone is cruel in the world?

I’m still in awe of this story. I LOVED Iris. We really don’t see a heroine much anymore that is as pure as Iris. It was refreshing to read such a sweet story for a change. Nick was a doll as well and his mother, amazing. Jeannine did an splendid job on this book! The flow was amazing and really will melt you down to your roots. 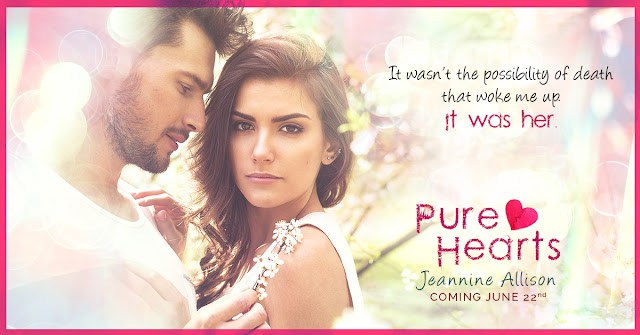 Jeannine Allison is an author of contemporary and New Adult romance. After waffling between many degrees in college, she finally graduated with a BA in English Literature from Arizona State University.
She loves writing and reading -- obviously :) -- but when she's not she enjoys playing with her two dogs, obsessing over new makeup, drinking coffee, googling new tattoos, and pretty much anything else that allows her to wear yoga pants and a sweatshirt ;)
She is a big fan of being exactly who you are. Her favorite stories to write are about characters finding and loving who they are. 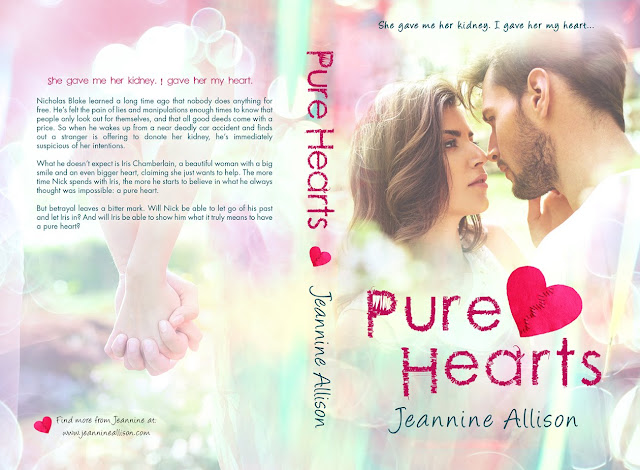