Declan James was the perfect guy.
He was sweet. Charming. Caring. Until he wasn’t.

Fourteen years ago, his actions tore apart my family. He ruined my sister’s life and nothing was ever the same again. But now, a decade later, he’s back.

When he walks into my office, asking for my help, I’m shocked, but nothing prepares me for what I’m about to learn. I see how far he’s gone to redeem himself and I know that he’s changed. I also know that, as a priest, he’s more off limits than ever.

If I help him, my family will never forgive me.


If I fall in love with him, I will never forgive myself. 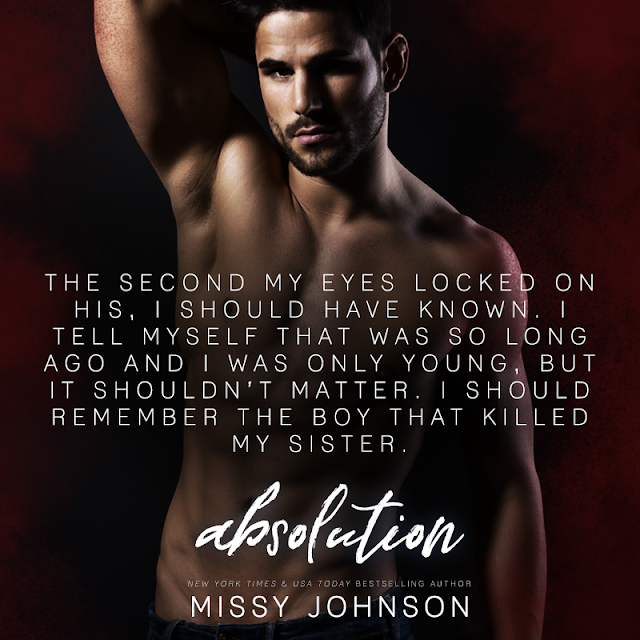 What a great book. So many amazing story lines. Such amazing characters. The depth of each character is just fantastic!

When Declan was only sixteen something happened that would forever change his life. He was a normal teenager acting out and trying anything to get noticed by his parents. He though he could spend their money and be invincible. Well, he was proven wrong.

Hannah was just nine years old Declan came into her life. Not really her life but her sisters. He's the man she hates with every fiber of her being. Now fourteen years later she has to work with him. Deal with him. See him every day.

This story is amazing! The characters are so deep and emotional. The soul & just goodness of the characters, and the bad too, make for one hell of an awesome ride. No one is perfect, but some mistakes change the person you are and will become. Can the past be put aside? Rewritten? 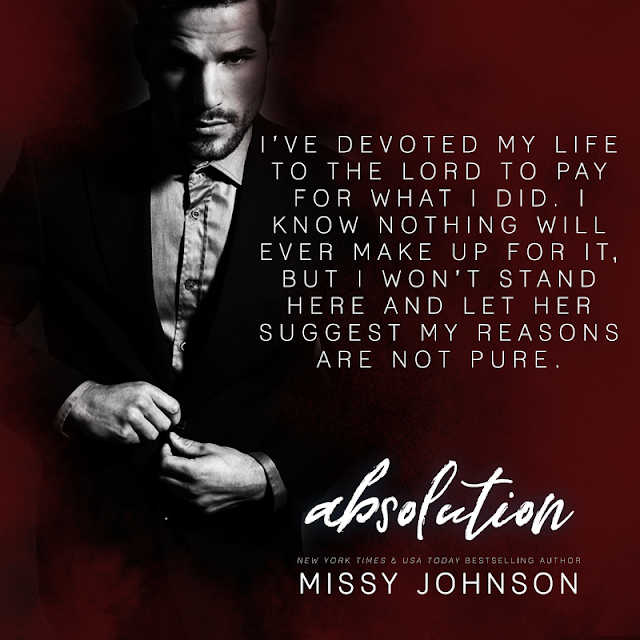 "You’re not the first person to be shocked by my choice of calling.”

“Your family?” I guess. He nods. “I’m assuming they probably had bigger and better things in mind for you, but it’s a step up from rapist right?” His eyes widen and I cringe. Shit, I can’t believe I just said that.

“I can see why you might think that, but my father is very anti-religion, so I’m not sure he would agree,” he smirks and rubs his chiselled jawline, giving me a pointed look. “Are you done now?”

“I’m sorry that was way out of line," I mumble, admitting I went too far. "Sometimes I say things without thinking.”

“It’s okay,” He shrugs. His dark eyes penetrate mine. I'm shaking, but I hold his gaze, refusing to look away. “You get a free pass today to say whatever you like to me and then tomorrow you need to start giving me a chance. Is that fair?”

I’m not loving the part where I give him a chance, but I have so many questions burning inside of me that I’m dying to ask that I sit forward, and place my hands under my thighs.

“Okay I’ll play,” I say, staring at him. I question everything he says because it hurts too much to believe him. Why should he get to move on? “Why this?”

“Because it was the only way I could see getting my life back on track. I was at the point where I had nothing to live for, and God changed that for me. He gave me hope. I had something that was mine. I was making a difference.”

“How long have you been a Priest for?” I say the word like it’s dirty but only because he’s makes it that way. It’s like he’s taken one of the purest professions in the world and tainted it.

“Five years. After I got out of prison, I was in a bad place. Everything that happened with Cecily really messed me up and then hearing that she…. His voice trails off like he can’t complete his train of thought, so I make him, because he doesn’t get to do this. He doesn’t get to make this about him.

“You mean how she killed herself?” I say. I stare at him, my anger fuelling the strength I’m somehow finding within myself to confront him. This is what I’ve wanted for so long, to be able to face him and show him how much he hurt me. “How she ended her life after what you did to her and the way your family dragged her through the mud. Is that what you mean? You can’t even say it, Declan. Imagine how hard it was for me to live it.”

“Move on?” I whisper, tears spilling down my cheeks. “Like my sister got to move on? Like my dad moved on by ramming his car into a tree? You ruined our lives. Why should you get to move on?”

“I’m sorry about your father,” he says softly.

“You have every right to be angry at me Hannah, but I’m just trying to explain it from my point of view. You asked me why I became a priest. This is why. Everything that happened is why.”

“But you don’t get to explain,” I whisper. “Because it’s not fair. All you get to do is sit there and take whatever I decide I need to say to you in order for me to get through this. That’s the only thing you need to do here. You don’t get to justify what you did, or tell me how much you’ve changed, because I don’t care. All I care about is being able to be in the same room as you without feeling like I’m going to be sick. Is that too much to ask?”

"No. No it’s not," he mumbles. His eyes cast downward and I laugh. He can’t even look at me. 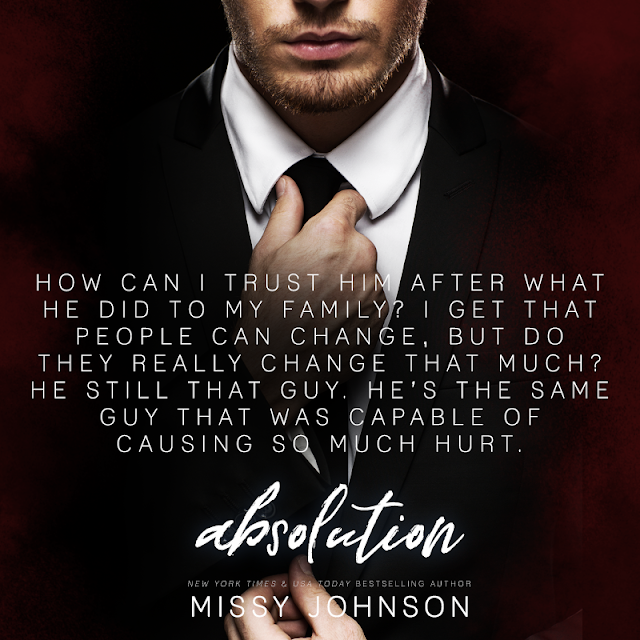 Missy lives in a small town in Central Victoria with her husband, and her confused pets (a dog who think she's a cat, a cat who thinks he's a dog...you get the picture).
When she's not writing, she can usually be found looking for something to read. 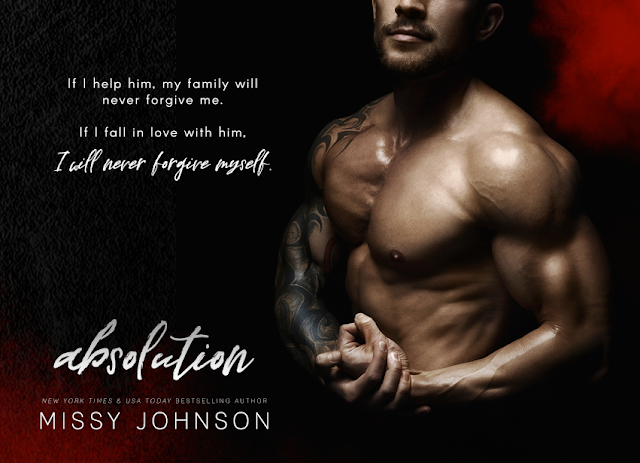