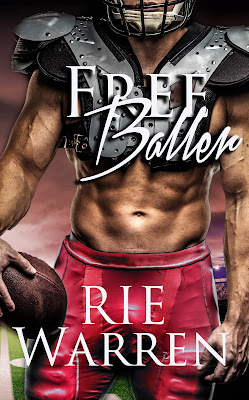 Where the guys play hard, but the girls play dirty. Brooklyn Holt, Carolina Crush’s top tight end, made a vow after his wife left him: never fall in love again. He doesn’t need a long-term lady. Hell no. He has the magic hands, the downfield rushes, the easy chicks by the dozens. And finally a team on a winning streak.

Being a free agent with the ladies is exactly what Brooks wants. Until Delaney Jones happens. The hot bitch with the serious attitude shows up with her own team in pretty much half the uniform he wears. Quarterback of the all-female Carolina Cougars, she’s sleek as a racehorse, mean on the field, and immune to all his moves. Every time she gives him no time just makes him hungrier for her. Delaney Jones takes her work and her personal life seriously, and she’ll never be mistaken for a cheerleader, in spite of her athletic body. She’s never rah-rah’d with her pom-poms for any man—hunky, hot as hell tight end or otherwise. Brooklyn Holt has swagger. He has strut. But Delaney isn’t about to be the free baller’s willing slut. Until she scratches the surface and discovers his wounds run as deep as hers and his heart is warmer than she’d ever thought. It’s just too bad the past won’t die. When the danger she’s run from for years catches up to her, she’s determined to keep Brooks out of the crossfire. Even if it means Game Over.

Well another Rie Warren amazing work of art!! Love her and all her books and this one is right up there.

It’s hot and emotional, it’s exciting and dangerous and it’s sweet and romantic.

Delaney is a pro footballer on an elite girls football team. She’s awesome in so many ways. Such a strong character. She fights hard, plays hard and loves hard. She’s on the run from her husband but this time she’s not backing down. She loves the life she has made for herself and she’s standing her ground. What she didn’t see coming was falling in love with….

Brooks. WOW! He’s a badass NFL football professional but he’s so much more. He’s from Texas so he’s got the country thang. He’s sweet and romantic to Delaney which made me swoon. And he’s fantastically HOT in bed!!!

He’s very protective but not in a caveman way. Well at least not much-LOL He allows her to take care of herself but with his support and comfort. They make such a fantastic couple!

I love the writing and the way Rie moves the story along in both points of view. Even the sex scenes are great in that some happen from the view of Delaney and some from Brooks. Simply amazing!!! 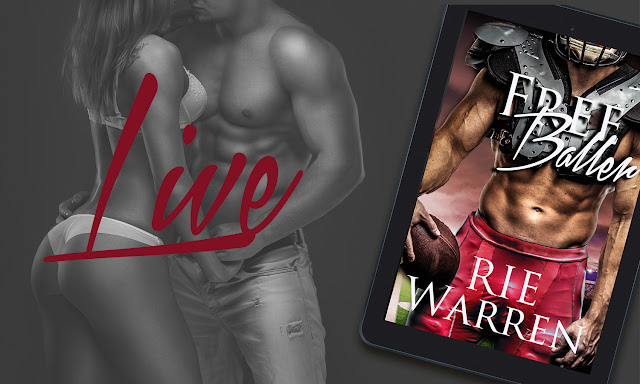 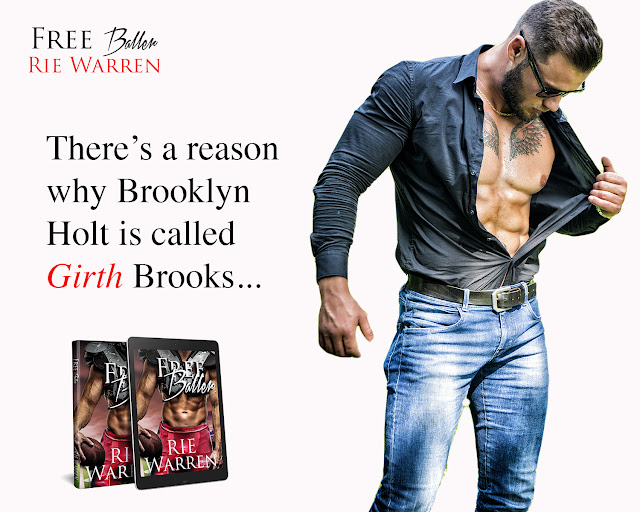 Brooklyn Holt was concerned about me, but to be honest? I could not wait to get my hands all over him. The moment he’d stepped into the living room and I saw his reflection in the windows, I knew I had to have him.

The unbuttoned shirt showed off his supercharged body—the well-sculpted broad torso—and those jeans. Those jeans plastered to the hard edge of his thighs, his ass, his . . . oh my God . . . the Girth Brooks cock made every single part of me swell with need.

In his bedroom he stood in front of me, not touching. His shirt hung open, his eyes hooded low, and his breath struck in and out of his chest.

“You’re in charge. Whatever you want.” His words came out thick and hoarse.

I drew my finger from his stomach and slipped it between my pursed lips. “Oh, I already know I’m in charge.”

I thought Brooklyn’s eyes were going to fall out of his head. His hips surged, bringing my attention to the long hard formation at his groin. Nnnnh, that belt buckle just set everything off perfectly. I figured I owed him a little payback since he’d gone down on me so completely I’d nearly lost my voice—coming so hard from the hot strikes of his tongue on my pussy.

My breasts brushed against the hair on his chest, and I reveled in the feel. I skimmed my fingers over his huge shoulders, behind his neck, into his thick, wavy hair.

Drawing him to my lips, I cried out when he cupped my backside, tugging me up and into him.

Our kiss long and hot and wet, I pulled away, panting.

“I want you.” His pelvis kicked again.

He palmed my breasts, thumbing across my nipples. I almost lost my concentration, but I stepped behind him. Dragging the shirt from his thickly muscled arms, I kissed down the center of his back.

“Oh, wow.” My fingertips skipped up the center of his laddered sinews fanning out. My breath held as I took in the total artistry and sheer fuckhotness of his ink-covered back.

“You’ve seen my tats before,” Brooks spoke in a ragged voice, and chills rose on his skin beneath my fingers.

“Not close up.” The tat was a landscape of horses . . . steeds, a whole herd of them in black and shades of gray with majestic manes. Dust flying beneath their soaring hooves. Red eyes glowing.

The magnificent tattoo was made even more so by the muscular canvas of his entire back.

“I’ve never seen anything like this.” Placing my hands on his lean hips, I followed one curving line with my tongue, licking.

“Fuck.” Immense muscles flexed as his head craned back.

I bit then sucked along his lats.

I kissed at his tats, sucking and swirling my tongue.

“Are you going to beg me now?”

When I rounded to face him, he curled an arm around my waist.

I stopped him before his mouth crashed to mine. “I thought you said I was in charge.”

Rushed ragged breaths chugged in and out of his chest. He looked at me as every sinew in his body—his highly trained form—tightened.

I smiled, tossing his shirt onto a chair. “That’s right.”

“But no fuckin’ shit? I’m so close to blowing my load just looking at you.”

Walking toward his bed, I swished my ass. “I know.”

“I’d rather come in your cunt.”

A hot swirl of need simmered between my legs at his rough raw language. “Not my mouth?” 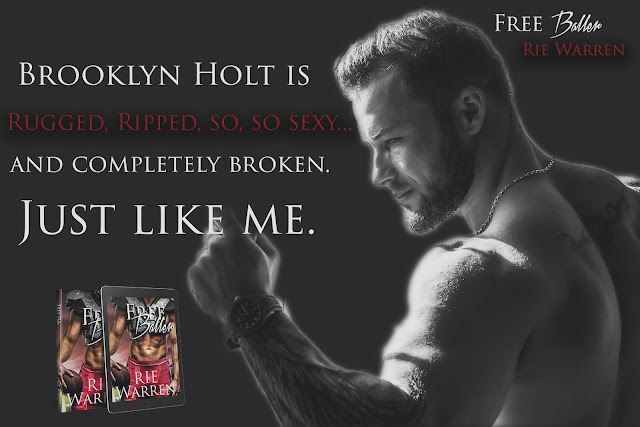 You can connect with Rie via the social media hangouts listed on her website https://www.riewarren.com. She is represented by Saritza Hernandez, Corvisiero Literary Agency. 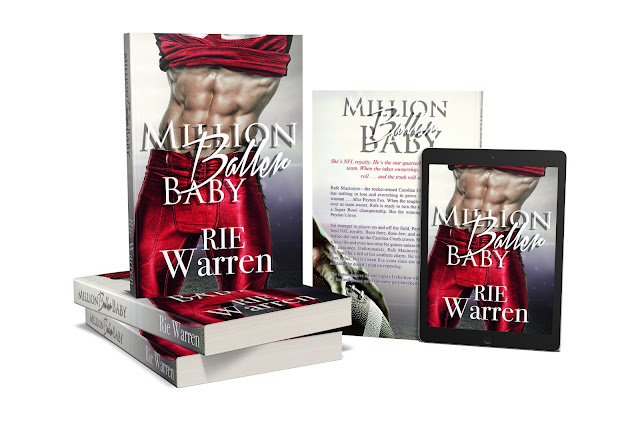 Posted by Gretchen Anderson at 9:40 AM