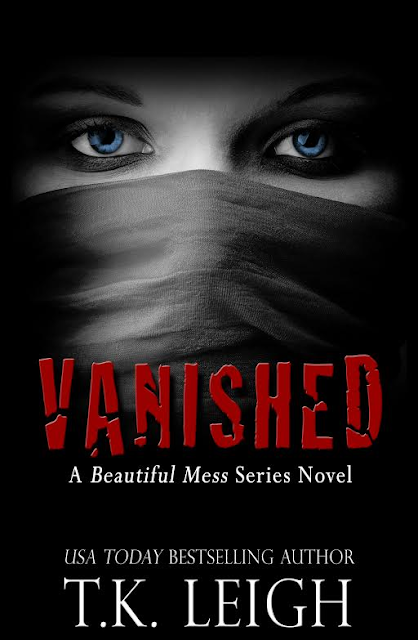 
When footage of his gruesome murder by a Muslim extremist group is shown across the country and around the globe, she wants the person responsible for the disappearance of the man she loves to pay. She wants him to lose the one person who means the world to him, too, and she won’t stop until he does.

***Vanished can be read in conjunction with or separate from the Beautiful Mess series.***

This was no longer home to a fearless girl who had more love for Olivia than she deserved. This would now become a place of nightmares for her daughter. Would she ever be able to sleep in this room again?

Bleakness invaded Olivia right down to her core as she fell onto Melanie’s unmade bed. Sheets that were once warm from her presence had grown cold, and Olivia could no longer keep it in. She wasn’t just watching a made-for- TV movie about a successful, semi-famous family losing their daughter. She was living the nightmare. wishing with everything she had that this would all be over soon, that it wasn’t real.


Sobs wracked through her body as she fought for air. She tried to gain control over her body and tears, but it was useless. She was no longer in command of her own destiny. Even the seemingly innate task of inhaling and exhaling had become arduous and complicated. Melanie was her lifeline, her reason for living.

Without her, Olivia’s heart gave out, her lungs refused to work, her body shut down. 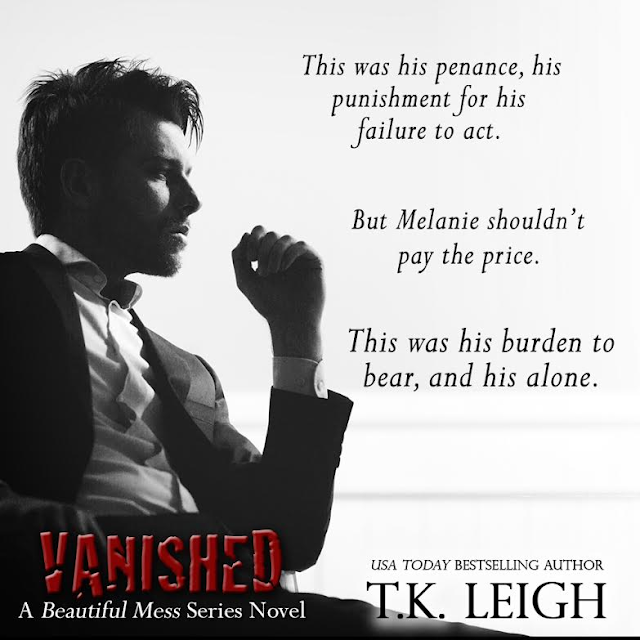 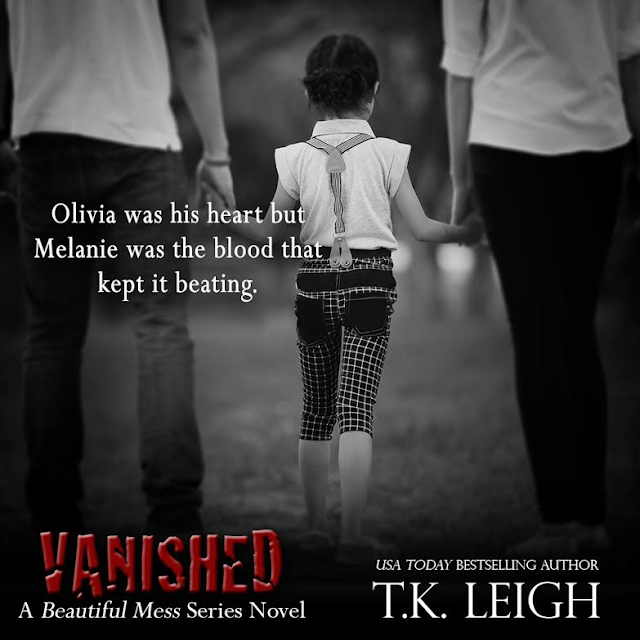 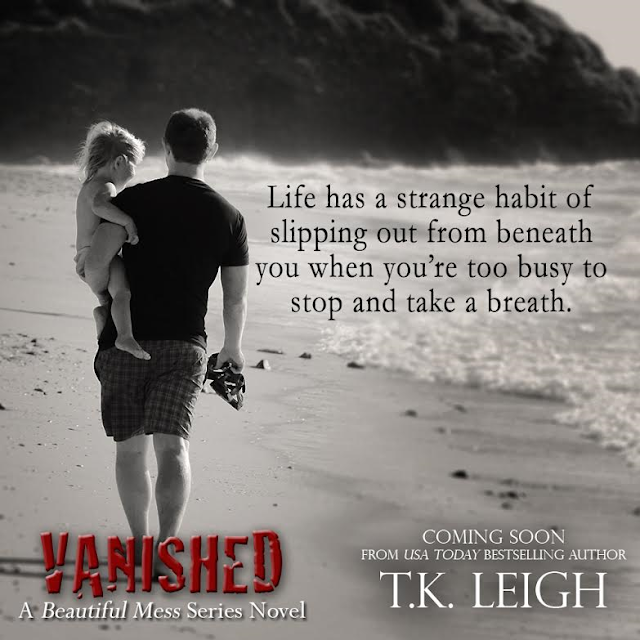 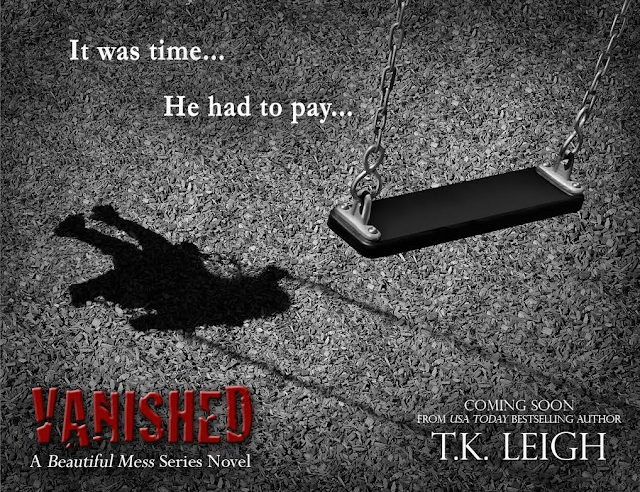 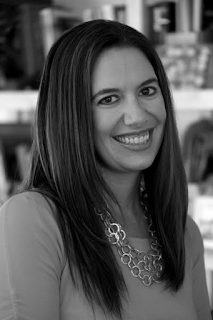 T.K. Leigh, otherwise known as Tracy Leigh Kellam, is a USA Today Bestselling author of the Beautiful Mess series, in addition to several other works. Originally from New England, she now resides in sunny Southern California with her husband, dog, and three cats, all of which she has rescued (including the husband).

In late 2015, she gave birth to her first (and only) baby. When she’s not planted in front of her computer, writing away, she can be found training for her next marathon (of which she has run over fifteen fulls and far too many halfs to recall) or chasing her daughter around the house.

T.K. Leigh is represented by Jane Dystel of Dystel &amp; Goderich Literary Management. All publishing inquiries,
including audio, foreign, and film rights, should be directed to her.