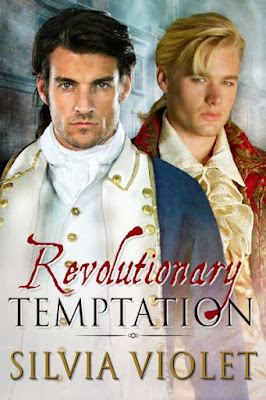 The American colonists are fighting for their independence, but the battlefield is not the only place to wage war. When General Washington’s head of intelligence asks Captain Jack West to spy on the British in New York, Jack agrees, despite reservations about this ungentlemanly pursuit.

Jack’s contact in the city recruits bookshop owner Elias Ashfield, an impeccably dressed sensualist who flaunts his desire for both men and women and seeks a place in high society. Jack longs for a simple life guided by clear principles. Eli is a risk-taker who knows how to get what he wants. And he wants Jack in his bed.

Events in Jack’s past have made him fearful of acting on his secret craving for a man’s touch, but Eli intrigues Jack as much as he infuriates him. As Jack and Eli search for the information the rebel army needs, they realize there’s more between them than mere lust. But finding a way to be together may prove more difficult than defeating the British Empire.

I love reading historical romances. They are just so interesting. The rules of society seem so strange to me. I often wonder what it would be like for someone to come back from the dead that lived in the 1700’s or 1800’s. I mean just taking them to a grocery store would be shocking for them.

Add in the element of homosexual or bisexual and you get a twist in the lives of these people. Jack is gay during at time that this will get him killed if it comes out. He has to hide his secret or risk serious harm.

Jack’s attraction to bisexual, Elias is off the charts! To make matters worse Elias isn’t as concerned about people knowing his sexual status. Maybe that comes with being Bi and having Constance, the boss of sorts, there as support.

The story has it’s slow points, but it does recover quickly. The fact that they are spy's and join in the cause for freedom from the Brittish means there is action and excitement in the surrounding story.

Ms. Violet sure knows how to write a hot, hot, HOT sex scene!!!! It’s awesome! But will Jack & Elias be able to have any sort of relationship in the long run? Jack keeps things close to the vest where Elias seems to actually flaunt his lifestyle. They will need to come up with a happy medium for this to work.

I enjoyed this book a lot. The time period and reading about history along with how hard it was for the homosexual community back then makes you think about how far it has come in todays lifestyle.

Ms. Violet’s writing is exceptional and her characters developed. She has a way of setting the scene that makes you feel like you’re watching a movie in your head. 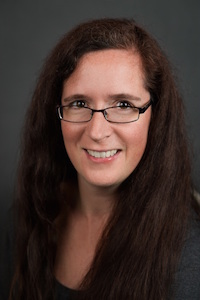 Silvia Violet writes fun, sexy stories that will leave you smiling and satisfied. She has a thing for characters who are in need of comfort and enjoys helping them surrender to love even when they doubt it exists. Silvia's stories include sizzling contemporaries, paranormals, and historicals. When she needs a break from listening to the voices in her head, she spends time baking, taking long walks, curling up with her favorite books, and spending time with her family.

Posted by Gretchen Anderson at 10:27 AM