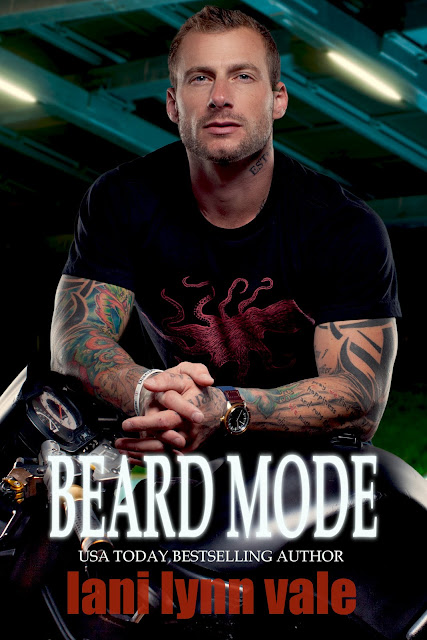 After being denied his old position at the fire department, he leaves, and doesn’t look back. He heads straight to Alabama and into the semi-welcoming arms of The Dixie Wardens MC. There he becomes a part of a brotherhood that forces him to get back in the land of the living.

Imogen is a smart girl. A girl who doesn’t always make the best decisions.
Her heart is in the right place when she walks into that prison, but it doesn’t take long for her to realize that her heart shouldn’t have had any say so in the matter. Especially when one wrong move lands her in the arms of a scarred man that looks frightening enough to scare any sane woman away.

The only thing Aaron wanted to do after his now ex-wife was sent to jail was escape. Escape the awful memories. The pity-filled eyes. The curious glances.
He does a damn fine job at ensuring he draws as little as attention as possible, but then that annoying woman with her startling blue eyes starts hammering away at his resolve. Makes him feel when he doesn’t want to feel.

Imogen comes into his life and carves out a place for herself, obliterating his defenses one heated kiss at a time. 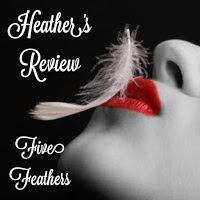 We FINALLY get Aaron’s story!! I was highly anticipating this book. Beard Mode is the first installment to the Dixie Wardens Rejects MC series.

Aaron has had a rough life. He basically wasted eight years on his ex-wife that ended up trying to kill him which has left him scarred and alone. Not able to get his job back at the local fire department because of his injuries he leaves town and heads to Alabama and joins the Dixie Wardens Rejects MC and lands a job at the prison there as a medic.

Imogen (awesome name, right?) has her own automotive shop that she acquired from her grandfather and takes care of her nephew while her sister is deployed with the Marines. She already has her hands full so she is not on the lookout for a man, but Aaron kind of stumbles into her life unexpectedly.

Not only does Aaron bring his car to be worked on but he lives across the hall from Imogen. She has noticed him from afar but never had the guts to talk to him face to face. He is a beautiful man but is grumpy and seems rough around the edges. Aaron takes a liking to Imogen but won’t admit it. After what he’s been through before will he let Imogen into his life?

I LOVED this book! I devoured it in one sitting. It’s not hard to get lost in one of Mrs. Vale’s books. The flow is always amazing and I really love how she incorporates the characters from her past series of books. I did break down and ugly cry in this story. Maybe I’m a softie, but man did it get to me. I loved the way Aaron was with Imogen and vice versa. The chemistry was amazing and the story altogether was phenomenal. I couldn’t put it down.

Another AMAZING story from Lani, per usual. I absolutely devour each and every book that she pumps out. She has a phenomenal writing talent. You always get a good mixture of humor, angst, heart ache, thrill and lust/love. Beard Mode was definitely no exception.

Aaron is an ex-Marine and not only went through combat in war, but in his personal life as well. His ex-wife, Lynn put him through so much and left him burned and scarred. Aaron made a decision to not allow another woman to ever hurt him again. His heart was closed off as far as anyone knew; until the day that the cute little Pixie walked back into his life.

Imogen (Pixie) is hell on wheels. She is a no holds barred kind of girl. What you see is what you get and she will let you know how she feels, whether you like it or not. That is what Aaron finds so attractive about her. Imogen calls it like she sees it and it doesn't hurt that he thinks she's hot as hell.

They say that everything happens for a reason. Tragedy brought the two closer and it seems as if their paths collided because it was meant to be. Imogen sees past those scars and sees the true man that Aaron is. The protector. The warrior. The family man. The lover. She sees it all and she loves each and every part of the man that he is. Aaron protects what he loves and  no way in the world is he going to allow anything to happen to his girl.

Make sure to pick up a copy of Beard Mode, the first book of the Dixie Wardens MC Series. I can't wait for the next installment!

“Lani Lynn Vale has a way of taking your soul and twisting it and tearing it up, but then somehow, some way making sure that the book still makes you have a goofy freaking happy smile, and all in love with her by the end of it.” - MJ’s Book Blog and Reviews

“It was sooo good and I am sooo excited that this was my first Lani Lynn Vale book...gasp....can you believe I have not read one of her books yet??” - iScream Books

“Don’t think about it, just go one click this book and you’ll enjoy it like, I did. One thing about this author is she keeps getting better every time. You will never be disappointed about it, I promise.” - Fabulous Ladies Book Blog

Aaron and Imogen, a playlist by Lani Lynn Vale on Spotify

“New guy.”  Someone muttered behind me.

I turned only my head to find Stone, the president, staring at me with hard eyes.

“Yeah?” I asked him, dropping my bag on the floor and heading in his direction instead of out the door like I’d originally intended.

“You’re here because you have a special set of skills that we need.”  The leader of the band of misfits, Stone, drawled.

“That sounds like a bad line out of a movie.” I muttered, wondering where he was going with this.

He tossed me a glare and then yelled.

Ghost and Truth walked in the door at the same time, both of them turning to the side to walk inside, and stared at Stone.

“Ghost, hold Truth down so New Guy can give him the fuckin’ shot.” Stone grumbled.

Ghost tackled Truth and wrestled him to the desk, then sat on him while Stone leaned back and watched.

“It’s the fuckin’ flu shot, you dumb shit.  Not a fuckin’ tracking device. Take a fuckin’ chill pill.”  Stone grumbled, staring at the scuffle that was going down in front of him.
I picked up the syringe from the table, similar to the one I’d given everybody else’s flu shot with, and stabbed it in the meat of Truth’s arm.

Truth bellowed in rage, and I flipped the guard up on the syringe before tossing it into the trash can.

I grunted something unintelligible, causing him to laugh.

“Don’t sound so excited.” He laughed.

I flipped him off and walked out the door just as Ghost was letting Truth up.

“Why you gotta be such a big motherfucker?”  Truth growled.  “If you’d been anyone else, I’d have gotten away.”

“Why do you think I called Ghost instead of anyone else?”  I heard Stone reply.