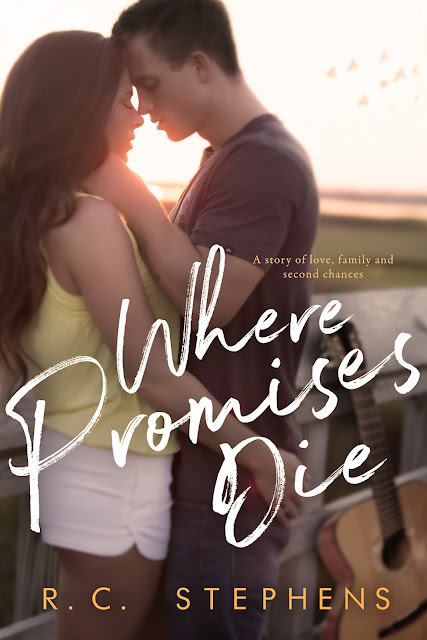 Haunted by a childhood trauma that leaves her orphaned, eleven-year-old Grace finds herself on the doorstep of the Duncans, her new adoptive family, broken and unable to speak. Catapulted from a bustling New York City life, she must find a way to call the rural town of Sade, Iowa her new home. Twins Eisav and Jacob Duncan immediately take a liking to Grace, wanting to erase the dark shadows etched on her perfect features. As the twins vie for her affection, it becomes clear which one makes her smile. Grace never has a choice for falling in love. What starts as a way to coax his adopted sister to speak and smile, blossoms into the kind of love that lasts a lifetime. In this small town it shouldn’t be a crime to fall in love . . . Isaac Duncan warns his son to stay away from the forbidden fruit. Eisav never listens. Now an intricate web of lies and secrets stand in the way of Eisav winning back the only woman he has ever loved. In a place where yesterday’s promises were broken, Eisav must learn what it truly means to love and cherish . . . But is he too late?

“You have no right to be in here.” She took another few steps into the room and crossed her arms over her chest. Her lips pursed in anger. “This is my personal space. Keyword being personal,” she emphasized.
“I honestly didn’t mean to intrude on your privacy,” he spoke quickly. “The door was open a nudge and my curiosity got the best of me. We’ve been apart so long, I was hoping to get some answers about the woman you are today,” he answered honestly. It was the truth. He’d made her that promise and kept it all along, even when the truth hurt.
“You’re right. You have no clue who I am today. If you wanted to know, you should have asked me instead of sneaking into my room like some creeper to stare at my work,” she snapped, her voice elevated and shaky.
Eisav’s lips turned up in a slow curve. “Is that what you think? I’m a creeper.” He laughed and it came deep from his chest. “You know … I think you’re the only woman alive that would have this reaction to me being in her room. ” He quipped and then immediately regretted his words when he took in the frown on her lips.
“I’m sorry, Mr. Rock Star, if my panties aren’t getting in a twist over you, but I’ve had more serious and pressing problems in my life than worrying about my next concert.” Her words came out harsh, bitter.
“Is that how you see me?” Eisav’s eyes grew hooded. “I’m not a rock star. I’m a boy that fell in love with a girl in a forest at the break of dawn.” His voice grew soft and tender as he took two steps forward and pointed to the first painting he saw when he walked in the room. The painting of a young Grace and Eisav in their forest for the first time. “And if I’m not mistaken, that girl fell in love with me …” He put his palm to his heart, feeling winded yet full of hope that she would finally come to her senses and realize that what he said was true.
***
Grace’s eyes turned wide and her insides began to quiver as she allowed the brunt of his words to penetrate her mind. Then something inside her switched off. She almost seemed shocked with herself that she had called him a creeper. Her eyes grew soft, shoulders slackened. She felt like each of her limbs were shouting to run into Eisav’s arms, but she fought them with every fiber of her being. Deep down she was always his. As much as she worked to deny that fact, it always rang true. Now it felt like there was a magnetic force pulling them together and it was too strong for her to resist.
Taking her silence as rejection, Eisav’s lips turned down. “I won’t let you back away from me.” He took a few steps until he was close enough to touch her. Then he grazed the pad of his thumb along her cheek. Her eyes began to swell with tears as her walls slowly chipped away. “I’m here, Gracie. I’m not walking away,” he began to say.

R.C. Stephens was born in Toronto, Canada. She graduated from York University with a Master's Degree in Political Science. Her debut Novel Bitter Sweet Love is book one of the Twisted Series. Followed by Twisted Love to be released May 31st 2015. R.C. is an avid reader, so when she isn't cooking for her clan or on her laptop writing, she's snuggled tight with her Kindle devouring any romance novel she can. Okay, with the exception of Thursday nights. She makes time for Scandal and Vampire Diaries. She's a fan of drama and suspense but she's also a sucker for a happy ending. Her husband was her first teenage love. They live together with their three children in Toronto. Loving Canadian winters she could never think of living anywhere else. 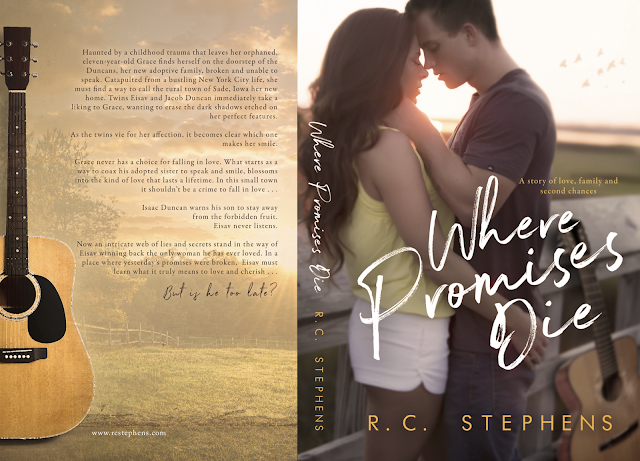