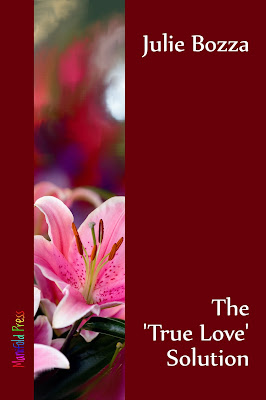 Jules Madigan loves his family and he loves his job. The only thing heís missing out on is a Happy Ever After, like the ones written by his favourite romance author Ewan Byge. While heís waiting for that HEA, Jules indulges himself in buying Ewanís old typewriter as memorabilia ñ before realising heís been defrauded. Through the fraud case, he makes friends with Police Constable Leonard Edgar ñ and through Leonard, Jules even gets to meet and work with Ewan Byge Himself! But the course of True Love never did run smooth, and soon Jules has to face some harsh realities.

This was a family weird book to me. It’s extremely Brittish but that’s not the weird part necessarily. It’s the characters. Jules and his father and sister are a very strange bunch. It’s cute and fun and Jules makes it work the best he can. The fact that he’s chasing the wrong guy for him and the amount of time it takes for him to realize this is a bit strange. But I did enjoy the book very much. Just understand it’s……quarkie.

Jules wants his HEA and he loves books and romance. He’s one of us book geeks and he makes no apologies for it. He will go to great lengths to get a man that will make him happy.

The end isn’t expected, the beginning was awesome and there is great parts in the middle. Overall there were things I didn’t like but mostly I enjoyed this book very much.  It’s different and well written with complex characters. 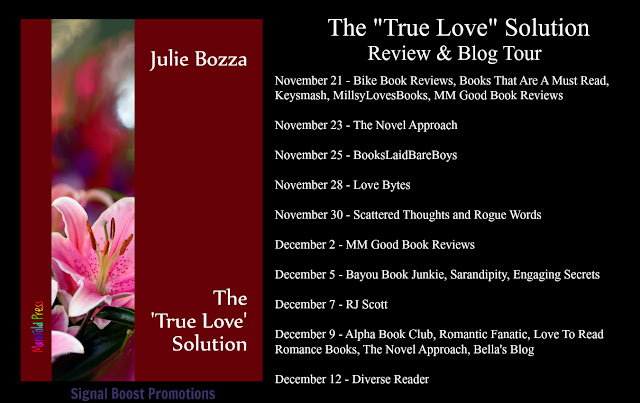 Julie Bozza is an English-Australian hybrid who is fuelled by espresso, calmed by knitting, unreasonably excited by photography, and madly in love with John Keats.