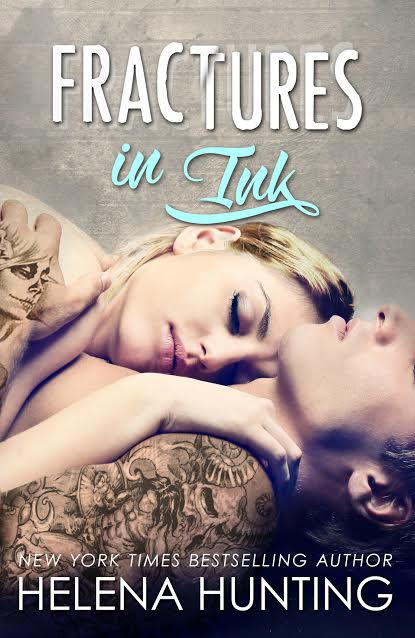 Sometimes the things we shouldn’t want become exactly what we need . . .

Waitressing at a seedy strip club isn’t ideal, but it pays Sarah Adamson’s tuition. Her goal is to finish her master’s program and get a job that doesn’t involve tight skirts and groping hands. She doesn’t need distractions. Especially not the one that comes in the form of a hot-as-sin tattoo artist who works across the street from her apartment.

Kicked out at sixteen, and a high school dropout, Chris Zelter is familiar with wanting things he can’t have. His fractured life has never been easy. As the product of someone else’s bad decisions, he knows exactly what happens when the wrong person controls your marionette strings. Now an accomplished tattoo artist in a renowned studio in Chicago, Chris has it together.

Apart from his infatuation with Sarah. She’s way out of his league, and Chris knows it.
But he’s willing to be her bad decision. At least for now.

Fractures in Ink I believe, is my favorite book by Helena Hunting, thus far. I honestly did not think that I could love a book more than Clipped Wings, but I am pretty sure that this surpassed that love. Chris and Sarah pulled at my heart strings and had me in their corner, almost instantly.

Chris came from a broken home. Father figures are not a positive in his life. Kicked out at sixteen and leaving his little sister behind, has always weighed heavily on his mind. Sarah is alone and without family to rely or lean on. Therefore, in order to be successful in life, she is going to school to better herself. However, in order to afford tuition, she has to work at a raunchy strip club. Chris doesn't like her working there, with the dirty men who try touching her and the owner, who is conniving and manipulative. He will find a way to get her out of there, if his life depends on it. Being partner in Inked Armor, affords him some breathing room to help Sarah if she needs it. The problem is, she has to ask for help and not be so prideful.

Chris is lost in Sarah. She is his everything, although he is not willing to admit that, just yet. When Sarah ends things because she feels as though she is weighing him down, Chris is devastated. They want to be with each other, although they are both so hard headed and strong willed, to admit so. When things get heavy, Sarah realizes all too quickly, that Chris is there for her, no matter what.

Beside the fabulous love story between Chris and Sarah, we get to see what an exceptional man Chris truly is. The way that he cares for his sister and mother, when times get tough is overwhelming. The love that he has for them is incredible. I do believe that he would hand over his last dollar, if needed. When Chris loves, he loves hard and with his whole heart. There is no halfway with him. It is all in, or nothing at all.

If you are not familiar with the talented writings of Helena Hunting, I suggest you start here. Although this is a standalone novel, it ties into the Clipped Wings series. An amazing, amazing, amazing series that I can not live without. The characters in this book are known throughout Clipped Wings, therefore as aforementioned, ties right into Fractures in Ink.

Thank you Helena, for another fabulous book to add to my collection.

I’d been seeking out Chris as much as I could lately, even though he was worried about my lack of sleep. My feelings for him had become like weeds, growing faster than I could contain them. I should’ve been protecting my heart instead of trying to hand it over so it could be crushed later.

So tonight, instead of pushing him to talk about whatever was making him hurt, I let him have what he wanted: an escape. I could be that.

I was exactly that every night I worked in the club. I was my customers’ escape from life, from the wives who ignored them, or from the girlfriends who didn’t exist. I smiled and batted my eyelashes and pretended their lewd comments were funny.

Tonight I could easily be whatever Chris needed, and if that was naked and a distraction from the things outside of his control, so be it. Or that’s what I told myself as I pushed his boxers over his hips.

My clothing took a little longer to remove since I was fully dressed. Chris wasn’t as slow as usual, or gentle. There was an urgency in him I’d never experienced before. What he wouldn’t give me in words, he gave me in actions. Desperation leaked through, making him frantic as he pulled my shirt over my head and fought with the clasp on my bra.

I brushed him away, taking care of the bra for him. Sitting on the edge of the bed, I opened my legs and welcomed him between them. He locked shaking fingers around the waistband of my jeans and paused, his expression clouding.

“You sure you’re okay with this?”

“With you wanting me?” I popped the button.

He lifted his gaze. “I fucking need you.”

I shivered at his tone, wishing it indicated a different kind of need—a sustained one that was more than physical. But I pushed the feelings down, locked them inside my aching heart, and released my zipper. “Then you should have me.” 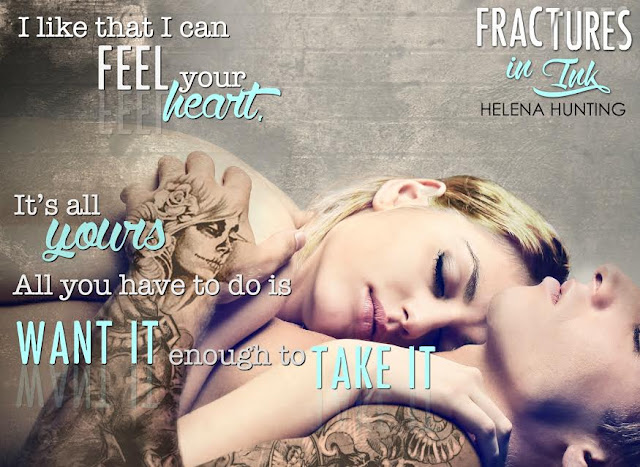 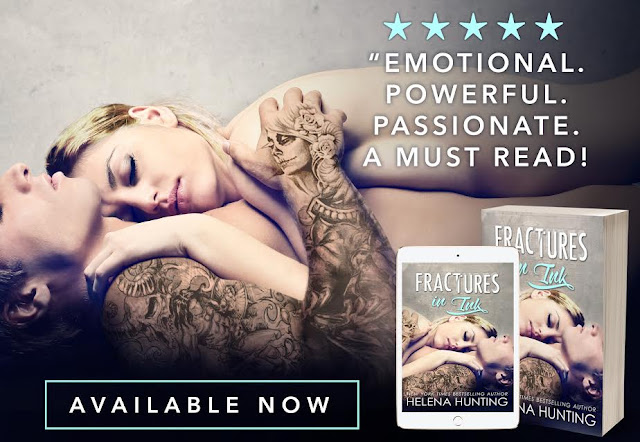 Posted by Michelle Schwartz at 11:30 AM