Stronger With Us by: JA Hensley - Release w/Review 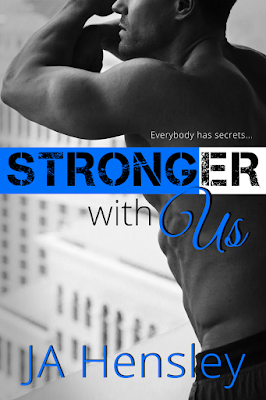 According to Christin Jamesson, men are only necessary for one thing. The bedroom. She loves men, maybe a little too much, she just doesn’t trust them with her heart--never has. When her best friend asks for help planning a Vegas wedding, Christin only hopes she can avoid the man who once rocked her world, then promptly disappeared.

Jude Schaefer has been a playboy most of his adult life. He swears no woman will ever hold the key to his heart. When his brother announces that he’s getting married, Jude knows he’ll have to face the only woman he hasn’t been able to completely erase from his mind.

With a brutal hangover and blossoming feelings they never expected waking them up after a wild night they have to ask themselves... Does what happens in Vegas really stay there? Will they continue living their lives alone, free of commitment and full of cynicism or will they find that they are stronger together?

What a fantastic series!! JA Hensley is a fantastic writer. She weaves the dirty with the sweet and the angst with the romance. It’s a fine line but she manages the character with the story and turns it into three amazing books.

Christin & Jude are exciting and demanding but sweet and romantic too. Christin in no way wants a man. She doesn’t need one. She’s perfectly happy the way things are…keeping it only in the bedroom.

Jude is a major playboy and he’s not giving his heart to any woman. Well….it’s pretty much already gone to Christin he just doesn’t know it yet.

The ride this story takes you on between these two amazing characters is just fantastic. I enjoyed this story SO much!! The whole series is amazing!!!

He drops the towel from around his waist, and I can see that he’s getting ready to go again. I can’t tear my eyes away from the V of his abs and the proud cock that’s pointing at me.

“Keep looking at me like that and we’ll never leave this room,” he says as he stalks toward me. I know I should put a stop to this, but I can’t make myself say the words. Unfortunately, my body wants this more than I’ve wanted anything in my life.

“I don’t have any plans today,” I whisper as I take his shirt off and throw it aside.

“That’s good because there is so much more I want to do to you.” He climbs on top of me, pushing my legs apart as he uses his dick to rub my clit. It doesn’t take much to get me wet and then he’s slamming into me.

“Yes!” we cry out at the same time as his balls slap my ass. He thrusts in and out a couple of times before stopping.

“See, isn’t this better than fighting?” he asks before pulling out to the tip and hovering there.

I stare at him, waiting for him to move. He stares back but doesn’t do anything. I wiggle my ass a little, and he shakes his head.

“Answer me or I won’t give you what you so obviously want,” he says with a smirk. 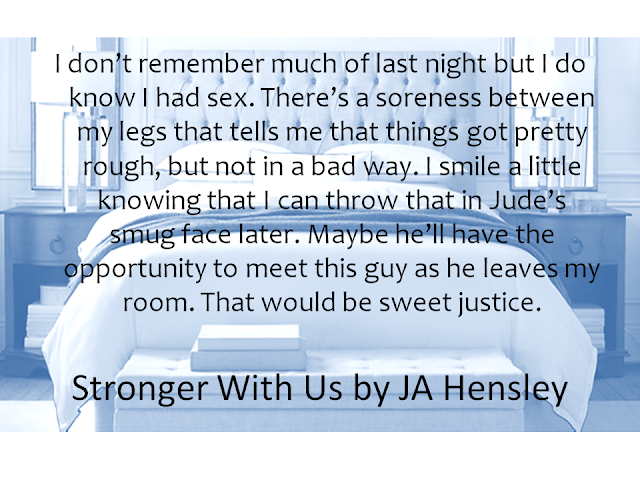 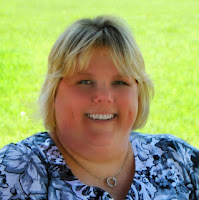 She loves smut of all kinds and is a reader first.

J.A. is constantly working on a new project, whether it's writing or working in her craft room.

She lives in the Midwest with her husband and daughter, and spends her days teaching college students about social work and human sexuality.