This Is Me: by C.E. Wilson Blog Tour + Review 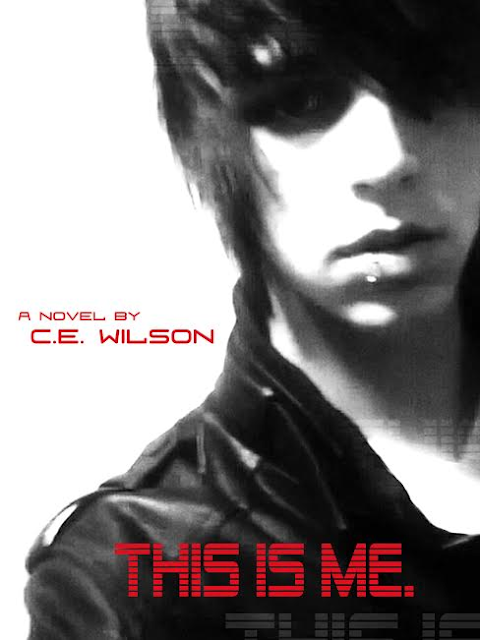 Rogan is a robot. More specifically, he is an Asist – a personalized humanoid servant that provides protection, assistance, and companionship for a lonely young woman living on her own in the city. Chloe is trying to get her big break, singing at bars and clubs all over the city at night while she pays the bills as a substitute teacher during the day. Ever since she activated him many months ago, Rogan has been her beautiful, dependable, obedient, dead-eyed security blanket.

One morning she is shocked when he disobeys a direct command in an attempt to please her and his dull artificial eyes flash a hint of something new. Is this the result of the adaptive Asist servility programming or is Rogan actually thinking? Can a robot think? Can a robot feel?

As Chloe struggles with these thoughts she is blindsided by the singular Niven Adams, a handsome, confident man with the voice of an angel who is everything she’s ever wanted in a boyfriend. He’s the perfect guy for her, except for one problem. Niven doesn’t approve of Asists and takes an immediate dislike to Rogan. As Niven charms his way deeper and deeper into Chloe’s heart, Rogan tries to convince her that he is more than a mass-produced disposable servant.

With Rogan doing everything in his power to prove that his thoughts and feelings are real and Niven trying to persuade her to abandon her robot and have a normal human relationship, Chloe is trapped between the two things that mean the most to her. Does she embrace her relationship with the blond newcomer, or face that her Asist’s feelings may be more than features of his programming?

What really makes a person a person?

Is it a ticking muscle inside their chest, or is it something more?

This Is Me. To be perfectly honest, I was quite unsure about the story, because it seemed a bit far-fetched. However, the more I read, the more I fell in love with not only the characters, but the storyline as well.

Chloe is a human, who has an Asist. This is a robot, who has been implanted with memories of Chloe. He is her protector, her friend and yes, her lover. Not only that, but he is every electronic device that you can own. However, there is something called AR - Asist Racist. People don't understand that the owner can actually be in love with their Asist. They walk, talk, make decisions, but the problem is ... they can't feel. They also can't fight back if harm were to come to them. The only exception is if their companion (owner) was in harms way.

Rogan, Chloes Asist, knows that he wants to be with her, although she has met Niven, and he does not like Asists. He is an AR. This is a character that I didn't care for at all. I was waiting for him to leave the picture. I don't know if I've ever wanted to throat punch a book character so badly in my life. Haha

Niven sets up Rogan, to get him out of Chloe's life, but that just may backfire on him. Will Chloe find out who trapped Rogan? Will Rogan finally tell Chloe how he feels? And if so, how will Chloe feel about that, knowing that he is her Asist?

This book took me by such surprise. C.E. Wilson has brought a genre to us, like no other. I enjoyed every single moment in this book. The main lesson is ... Don't judge. Please don't read the synopsis and think "okay, this would never happen, so I'm not going to read it." Please don't let that happen. This book is so light and loving and compassionate and I can't wait to see what else she brings our way. 5 AMAZING feathers for one AMAZING book!!! 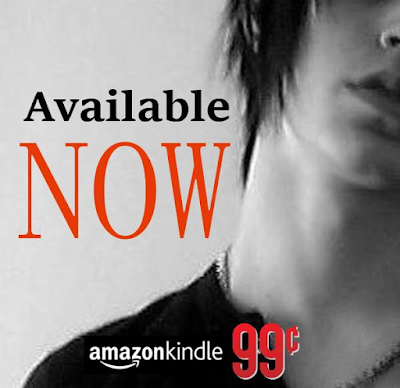 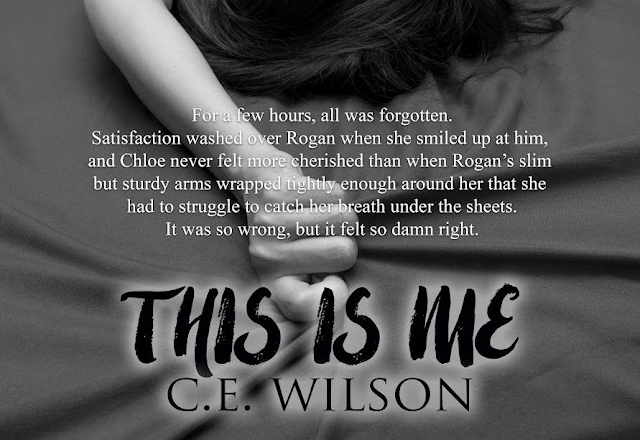 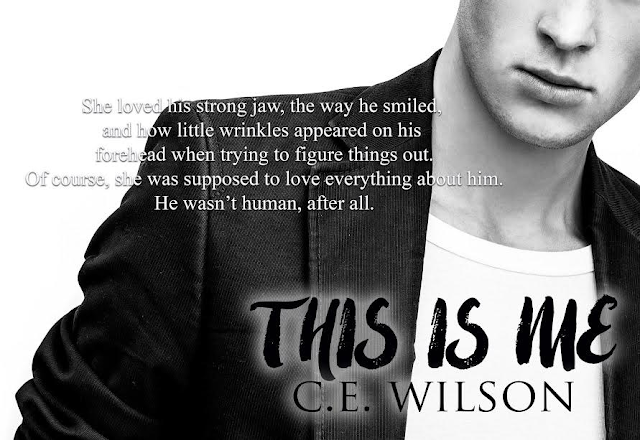 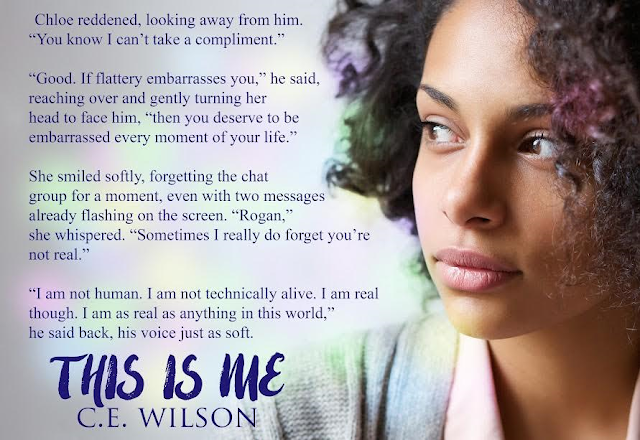 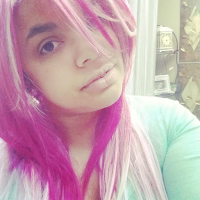 C.E. Wilson is 32 years old, grew up in Millersville, Pennsylvania, and has been living in Pittsburgh since 2009. For the first few years living in Pittsburgh, she was an English teacher. Her first book, "Oath of Servitude," was published in 2012. In 2013, she quit teaching to be a full time author and hasn't looked back since. She loves spending time with her daughter and husband.

Posted by Michelle Schwartz at 11:24 AM