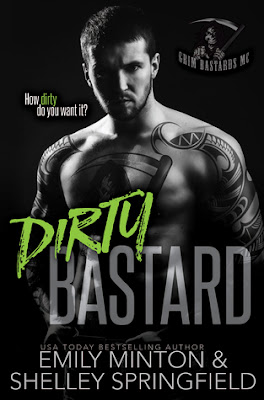 She's a biker chick with an edge.

Daughter of an MC president, Trix Slade is used to living on the wild side, but nothing prepares her for being kidnapped by the Grim Bastards MC. Hellbent on getting back home, Trix will do anything to get away from her captors--anything. There’s only one problem, Boz is as sexy as he is wild-- a tempting combination for a woman like Trix.

He's a bastard with a soul.

The Bastards’ president, Boz Creed, wants to bring Trix’s father down and knows the best way to get to him is by using his precious daughter. Determined to get the revenge he seeks, Boz is willing to do anything to get what he wants--anything. There’s only one problem, Trix is as sexy as she is stubborn--a deadly combination for a man like Boz.
Can love between two rival clubs survive without someone taking the ultimate fall?

Yum and Wow!! I really do love MC books. Add to it that it’s an MC book where the main guy is Hot as hell, President AND has a heart….well you have a FIVE feather book for sure!

I do love MC books but this one is FanTastic!!

Trix & Boz are such amazing characters!!! I love them both so much. So strong willed and stubborn but both with such heart!! And the ending!!! OMG!!!! AmazBalls!

Trix is in college and almost ready to graduate for basically no real reason. She didn’t care about her college degree or even landing a great job. She knew what she’d do. She’d get an education and then go home and help with her dad’s business. That business being running an MC. She got a bit sidetracked…

Boz is President of his own MC in the other county. He’s trying to turn things around from when his dad almost drove it into the ground before he died. He’s in trouble and he thinks stealing Trix, an MC princess, will help him. Well…..it surely changed things.

Even though she’s kinda there against her will, she doesn’t want to go anywhere. I think the reason I love MC books so much is because the men don’t mess around and the women are tough but also cared for. At least the meaningful women.

I don’t want to say too much - you need to read this book. Filthy Bastard is next and I can not wait to read it!!! 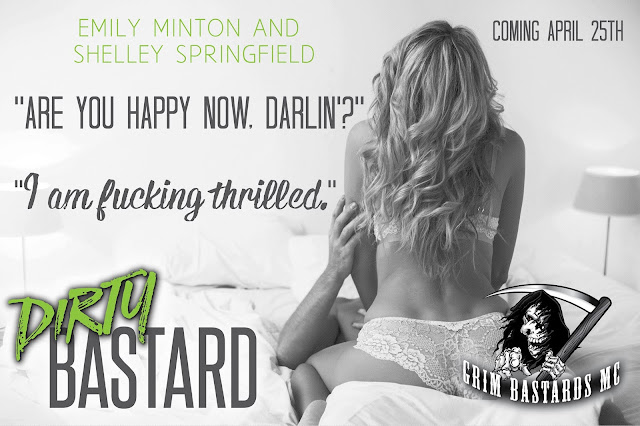 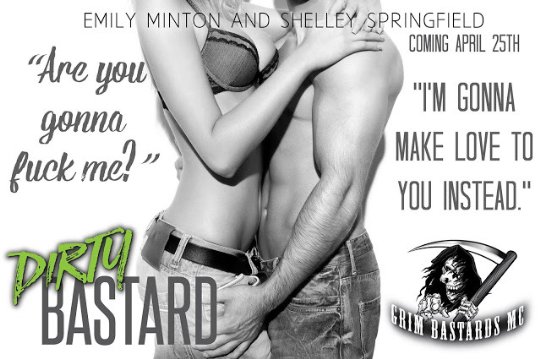 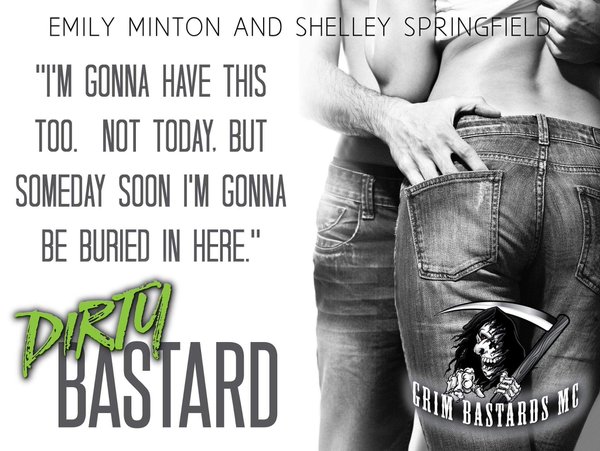 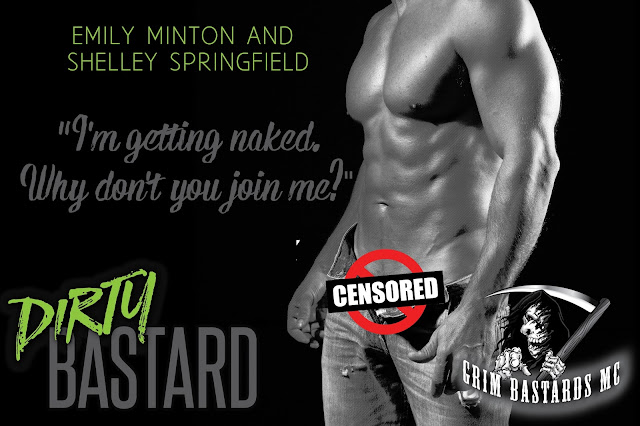 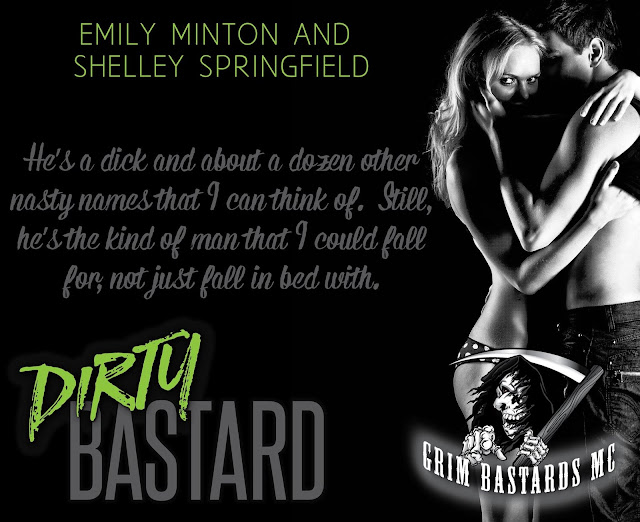 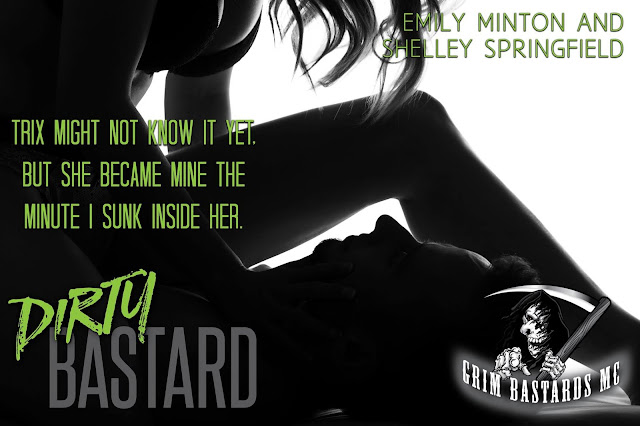 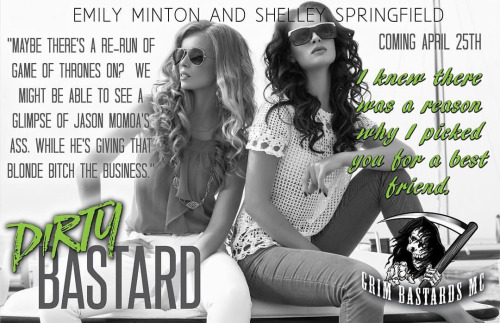 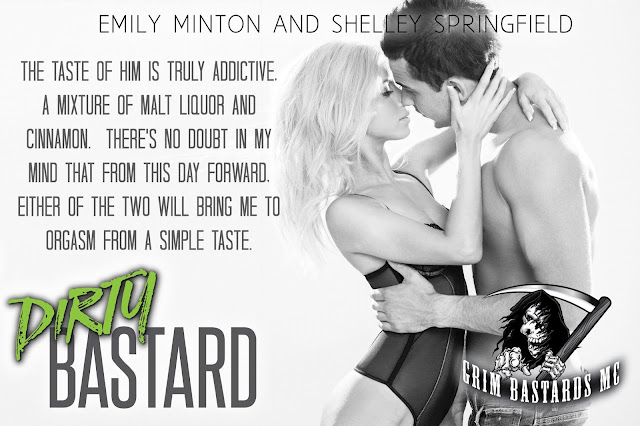 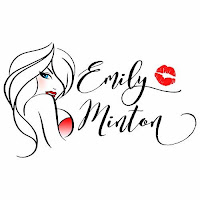 USA Today Bestselling author, Emily Minton is a Kentucky native. She is proud to call the Bluegrass State home. She claims she bleeds blue–Wildcat Blue! She has been married to her husband, David, for over twenty years. They share two wonderful children.

Emily loves to read and has more books on her kindle than most people could read in a lifetime, but she intends to read every single one. She has published nine books, but there are many more are floating around in her head. She hopes to get them all on paper before long. She loves sharing her dreams with her readers. 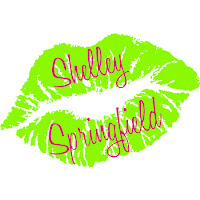 Shelley was born and raised in Kentucky and doesn't see herself leaving the bluegrass state anytime soon. Shelley and her husband have been together for sixteen years, and they share three beautiful daughters and one handsome son.

Although Grim Bastards is her first published novel, she has been a fan of romance reads for many, many years. Shelley loves all sorts of genres of romance but Contemporary, New Adult, and Romantic Comedy are her all-time favorites.

Posted by Gretchen Anderson at 3:50 PM