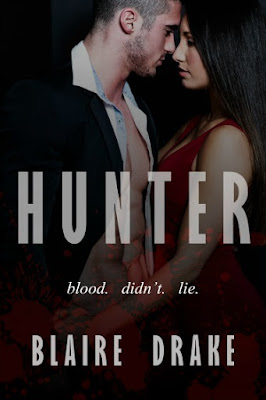 Born into blood, I was a mafia princess. Raised in hiding, I was a Californian sweetheart.

The day my father sold my thirteen year old body to pay off a five year old debt was the day my mother stole me in the dead of night. She protected me as she was supposed to.

My father may have been the king, but my mother was the queen.

The mafia blood was hers.

That was ten years ago. Now… the devil was on the loose.

Carlo ‘Hunter’ Rosso was my father’s right hand man and the boy I’d loved since I could tie my own shoelaces. He was always the most ruthless and the most deadly of all the children.

He’d thought I was dead until the day his assignment was given: Kill Adriana and Alexandria Romano. Kill the princess, and definitely kill the queen.

What he didn’t know was that the queen was dead, and the princess had taken her throne.

My father was going to learn the hard way that the empire he’d stolen belonged to me.

Mafia Princess. Mafia Assassin. They're on the same side......sorta.

Addy and Hunter have been best friends and more since either of them can remember. There's not a time they weren't together. He has always protected her. She was eleven and he was fifteen and he took on all her bullies. Addy has a mouth on her and is a spitfire to say the least. Things change at the ages thirteen and fifteen.

Addy's Mom, Mafia Queen (it's her Mom's blood not her Dad's that lends to her legacy) has done an amazing job of protecting and teaching without delivering too much of the awfulness that is the Mafia. She takes her and goes on the run when Addy's Dad, Mafia Boss, makes a deal to sell Addy. He's gotten himself into a bit of a bind and he plans to sell his only daughter to make things right.

Ten years goes by. Addy is in LA, protected by another crime family. Life is ok. She has Gaige, her BFF. Her cat & school. That is until......

Hunter is ordered to kill her. By none other than her father.

He's been trained to kill. Has made it his career for the past seven years. He works for Addy's father. Doing all his awfulness. He hates himself. He hates his life. But it's do or die. Will he be able to do this? Does love really conquer all?

I loved this book! It read true to the Mafia lifestyle, had lots of action and the characters are amazing! It would make a great movie!! The twist and turns are fantastic and the ending......WOW!!!!

I'm not sure who this author is, Blaire Drake is a pseudo name. But, she can write HOT and DIRTY very well!!!!! 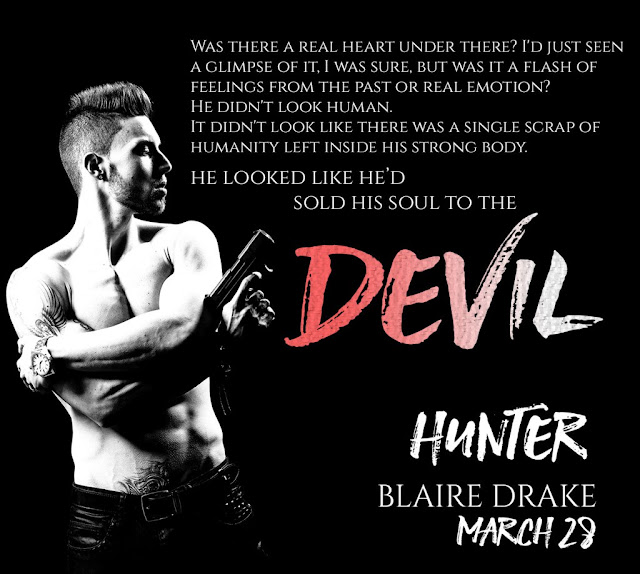 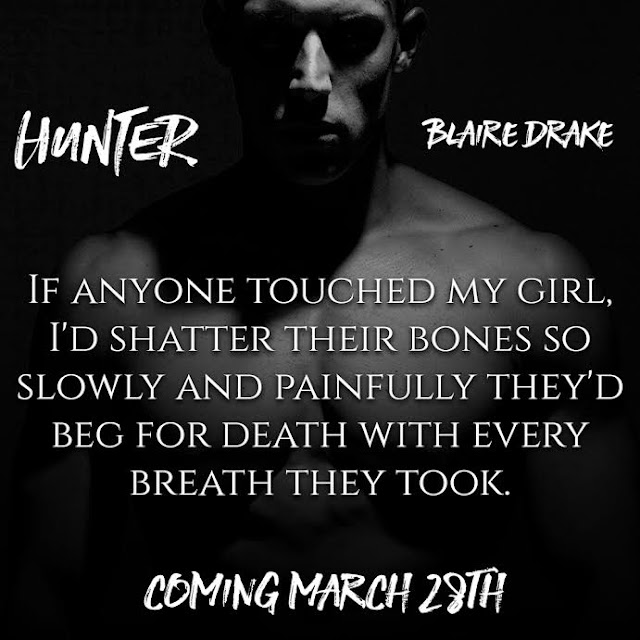 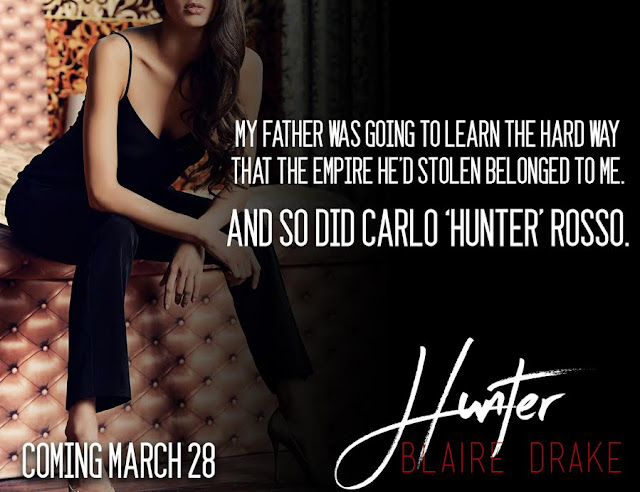 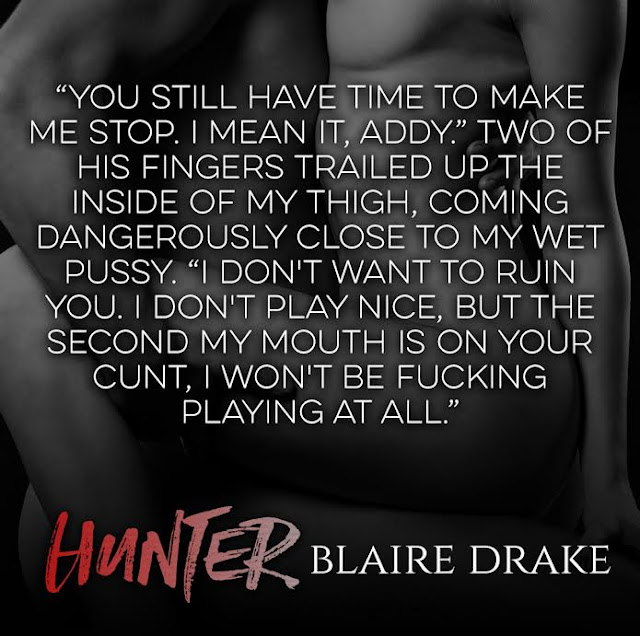 Blaire Drake is a pseudonym for a New York Times bestselling author who wanted to let her kinky side out after dark.