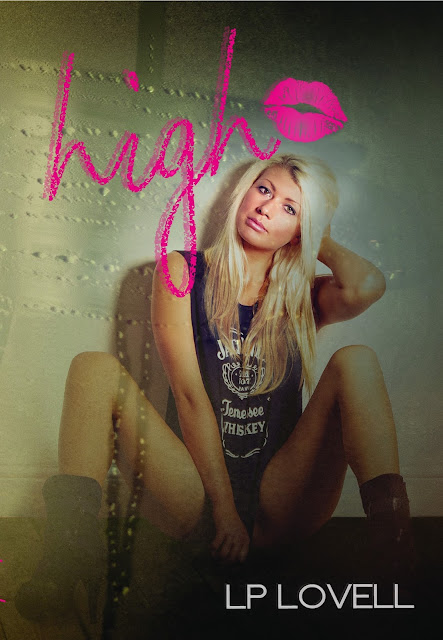 I’m Blake McQueen, daughter of Miles McQueen: businessman, politician, all around upstanding member of the community.

I’m told that name means something, but well, I’ve pretty much doused it in petrol, set it on fire, and taken a shit on it for good measure. I like to think of myself as a walking middle finger.

My name is now synonymous with booze, parties, sex, and drugs. I have to read the newspaper in the morning just to see where I was, possibly who I fucked, and judge my state of inebriation based on how much tit or minge is splashed across page five.

Judge me all you like, love me, hate me. I don’t give a fuck.

Life’s a party and you should never stop dancing.

But even the sweetest of highs has it’s low. There is only so high you can go before you fall, and fall I did, right into the arms of the only man that could possibly stop me from crashing and burning. I’ve always been untouchable. I’ve never cared enough to be touchable. Until now.

Love is the most destructive drug of all. 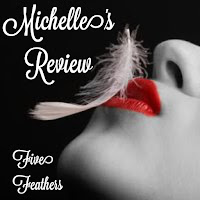 This is my first book by LP Lovell and let me tell you .. it won't be my last. This book is gripping, exciting, thrilling and hilarious.
We learn the life of Blake McQueen, who is very popular in the public eye. She's a party girl who has no time or want to stop. She gets herself into so much trouble that you wonder how she's even still standing. Enter her best friend Milly, who is almost as naughty as she is. Let's just say that the bestie/roommates know how to party and are definitely one of a kind.
Blake loves to party with any man that will allow her to do so. More often than not, she's had her drinking goggles on and isn't so pleased about who she wakes up next to, until Rhett.
She wakes up next to Rhett who is more like a God and out she runs, because that is her norm. She doesn't need attachments. Disappointing Daddy is her main goal, so she ventures out just as much as she can.
Rhett sees that Blake has a problem, but he doesn't want to get involved. He doesn't have the time or need for a relationship. He doesn't have the time for the drama that is Blake. The only thing he wants is a friend with benefits. However, Blake seems to behave when she's around him. She is beginning to see him as her very own personal drug.
Will the ULTIMATE party girl change her ways? Does Rhett have that ability to make her change? Or will he just remain that booty call when she needs it?
This book should definitely be on your Kindle today. I have yet to read a book of this genre that has so many details. HIGH is so entertaining and addicting. I laughed so much throughout it. A well deserved 5 feather rating.
﻿ 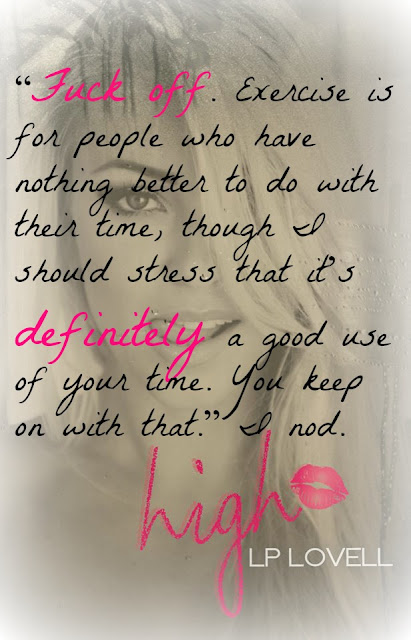 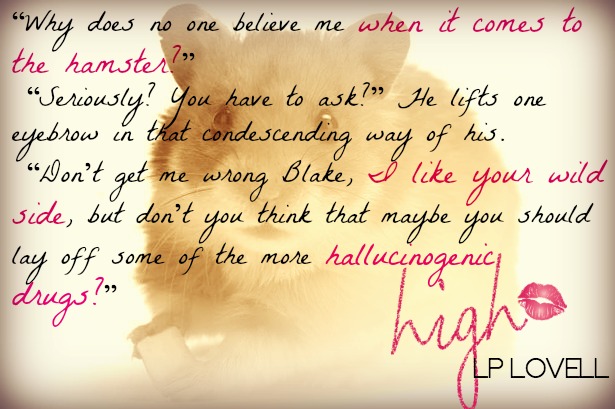 Author Bio
Lauren Lovell is an indie author from England. She suffers from a total lack of brain to mouth filter and is the friend you have to explain before you introduce her to anyone, and apologise for afterwards.

She's a self-confessed shameless pervert, who may be suffering from slight peen envy.
Author Links 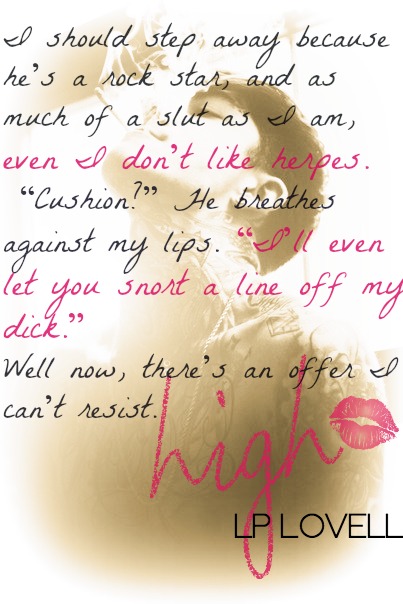 a Rafflecopter giveaway
Posted by Michelle Schwartz at 9:17 AM