All That Jazz by: Natasha Boyd - Review 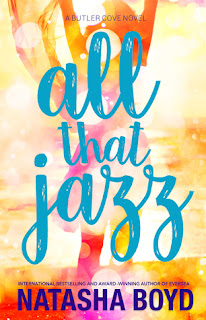 There's something totally inconvenient about falling for your best friend's brother. Especially when he's turned into a pompous, arrogant, albeit annoyingly sexy a-hole that you'd like to punch or kiss to death at any given moment.

Jazz Fraser learned her lesson early on that men can't be trusted to stick around. First her father, and then her first love. Finally over her childhood infatuation with Joey Butler, her best friend's brother, she's looking forward to the end of college and fulfilling her dream of traveling the world. She's determined that experiences and relationships wil be fun, casual and easy. But when her best friend gets herself into a relationship with a celebrity, Jazz has to do the one thing she never thought she'd do, call Joey and ask for help.

Joey Butler is determined not to hold anyone back. Least of all his sister's best friend. And one thing he knows is that he's never been as attracted to someone as he is to Jazz Fraser. Even though she presses his buttons and drives him crazy. He just has to keep hiding it. He knows she deserves better than him. Her free gypsy spirit and her talent should be shared with the world, not be shackled to a small town guy. He saw firsthand what being married to his father did to his mother, and no matter how much he wants her, he'll never do that to Jazz.

Repeatedly thrown together, Jazz tries everything she can to protect her heart and not fall back in love with Joey. But when Joey finally admits that Jazz is the one he's always wanted, all bets are off.

I really can't describe how much I love this author, her writing and her books! Simply amazing!!

All That Jazz is a spinoff of the Eversea series featuring Jack & Keri Ann. In All That Jazz we find out about Keri Ann's BFF, Jazz's relationship with her brother, Josh. There's a bit here and there in the Eversea books about the two of them because they are so much a part of Keri Ann's life. I had always hoped we would get their story and it's here!!!

Jazz has lived most her life with her BFF, Keri Ann and brother. Growing up in their house with their Nana, and having a single working mom, she spent most of her time with them. Jazz's dad is a photographer traveling all over the world. He's never there and only sends postcards like every six months. She tries to understand but she is growing quite sick of this arrangement. She'd like to talk to her dad and have him hold her. To be part of her life. He's promised to be there for her eighteenth birthday. The hope and feeling of despair will crack your heart as you read about this part of her life.

She manages to keep most of this to herself, focusing on making money over the summer to pad her savings and losing her virginity. YES! She's tired of it being a "thing" and she wants it over with before beginning her college life.

The story follows her life the summer she turns eighteen. Ms. Boyd weaves so much angst and heartbreak along with normal eighteen year old family and friend drama that you feel like you could be reading about yourself or a friend you once knew.

I love how she breaks it apart in a sort of current, past, current time frame instead of bouncing around. It puts you in the story for longer and makes it more real.

Again, as we learned in Eversea, Keri Ann and Josh lost their parents fairly young. Their Nana has raised them. Josh being the older brother has taken care of Keri Ann and Jazz, being the man of the house. This has caused him to grow up faster and put a lot of responsibility on his shoulders. They decide that he will go to college and then when he gets done Keri Ann can go. They don't have enough money from their parents life insurance for both to go. This takes Josh away for a while but during the summer he comes home, during Jazz's life changing torment, his feelings, THEIR feelings - they can't deny them any longer.

The things that happen to Jazz and the outcome of that summer will change her and Josh for many years. They both have dreams. They both feel their parents settled or gave up too much to have dreams or to follow them. They are determined to have it all. The dream seems to come first, the other stuff will have to wait.

This book spans years and the way Ms. Boyd takes you on the journey is......well....it's amazing. The writing is absolutely wonderful. The story and the characters are deep and complex.

Maybe it's because I don't live far from where this story is set. Spending my summer's at the beach I can completely picture it in my head. Ultimately I'm not sure that matters. The writing gets you there. Puts the scene in your head and allows you to watch the movie of Jazz and Josh in your head. There's nothing better than reading a book like that. It's a high for me and the reason I read so much. Unfortunately, it takes a really amazingly gifted author like Natasha Boyd to take me there.

The ending.....OMG!!! From the beginning going through time and coming out at the end and where they finally end up. WOW!!!! Josh is the character that you yell at for being a dumb boy to loving the gentleman he becomes. Jazz is the character you feel sorry for and want to help, to becoming a woman who knows what she wants and does anything to make it happen.

I wish I could give this book 10 feathers!!!! I highly recommend beginning with Eversea, then Forever, Jack and then All That Jazz. Seriously, just go one click them all right now and head to Butler Cove for the story of your summer!! It's a perfect time for a beach story and this is the one you want!

The Summer I Turned Eighteen, May

This edgy feeling I’d had since my weird crush had materialized was getting on my last nerve. It made me irritable. Not even beer number two was helping. Keri Ann dragged Colt away to help her track down marshmallows to roast.

I pasted on a smile, and turned her way. “Yes?”

“I don’t think I really believe you guys are seeing each other. And I’m kinda ticked off that you thought you could do this to me,” she said, accusingly. “It’s mean and hurtful.”

“Is she for real?” I looked at Joey who was starting to look nervous. “Like, you are standing right here, and I’m the one she’s mad with? Really?” I looked back at her. “Really, Courtney?”

She nodded, scowling at me.

“Gosh,” I said. “Now what on earth would make you think I’m not crazy about Joseph?”

She folded her arms. “Well, for one thing you always called Joey an arrogant asshat,” she said. “I can’t believe that’s changed.”

“How do you know I called him that? Ok, now you’re being creepy.”

Courtney looked pissed that I’d called her out. Joey looked like he wanted to murder me. Keri Ann rejoined us, and watched the events unfold with wide eyes.

“Look,” I said to Courtney. I was trying to be sympathetic, I really was. “Do your parents know they are paying tuition for you to stalk someone at college? I mean, do you even go to class?” Okay maybe I wasn’t that sympathetic.

“I won’t.” I shrugged him off. “Here’s the thing. You’re a stunning girl, you know? And by the way, your eyes looked way better with your natural hair color. You sort of had this cool Jennifer Lawrence vibe going on. Anyway, whatevs. The deal is, I’m sure there are a gazillion guys who’d give their left nut to date you, and I bet you haven’t even noticed coz you’ve been goo goo eyes over this loser.”

Joey made a strangled sound. “Gee, thanks.”

“You’re welcome,” I said to him, then directed my attention back to Courtney. “Anyway, you can do better, trust me.”

I looked at him and rolled my eyes. “You’re welcome.”

Joey took my arm again. “Please excuse us,” he muttered at Keri Ann and Courtney, then led me away from the bonfire, away from all the people, and into the darkness.

Out of the light of the torches and the fire, the stars roared into brilliance above us. I lifted my head back. “Wow!” I gasped.

“That’s probably what you’ll say if you ever see it,” Joey said, irritated.

“I—” A giggle erupted, then morphed into a full-blown lose-my-fucking-mind cackle.

“What the hell? You’re drunk, aren’t you?” He took the can from my hand that was pretty much finished and sniffed it. “How many of these have you had?”

“Two PBR’s, and this is how you act? They’re practically water. You’re a lightweight.”

“My mom calls it being a cheap date.” I wasn’t remotely drunk. I wished I were drunk.

He let out a long sigh.

I stared back up at the black sky studded with tiny pin-pricks of light. Losing a point of reference, I swayed a bit and realized Joey’s hot hand was still on my arm. “You’re hot,” I said.

“Not you’re hot. I mean, your hand is hot. Your skin … ugh. Whatever. Your arrogance is showing again. Just because I say hot doesn’t mean you’re sexy.”

“Who said anything about me being sexy?”

“Not me.” I shook my head vehemently.

“Did you really refer to me like that, even back when I was in high school? An ‘arrogant asshat’?”

“Am not.” He smirked, his eyes glinting in the darkness.

I stared at him. “Are too,” I challenged.

We regarded each other in the almost darkness. The lack of visibility seemed to be dialing up the intimacy level. Wow, maybe the beer really had made me lightheaded.

“To make sure Courtney believed it.”

“Did you plan to do that? I never would have agreed if you’d told me up front.”

His throat bobbed in the shadows, as he swallowed. “I’m sorry,” he said.

I’m not, I wanted to say. It was spectacular. You set a standard by which all future kisses will be measured. And actually so far they’ve already all fallen short.

His lips caught a glint of light. Shit. I was staring at his mouth. I looked up quickly, but he caught me. Think, think.

“I’m taking you home. Tell Chase you’ll see him some other time.”

“What the hell, Joseph.” 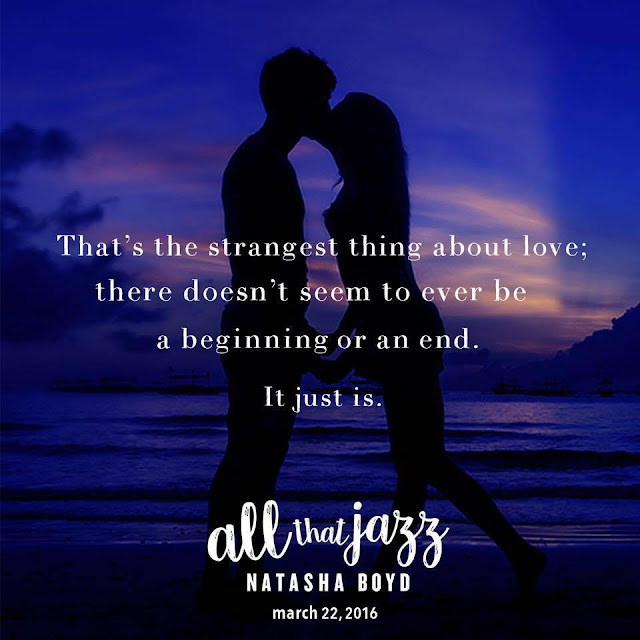 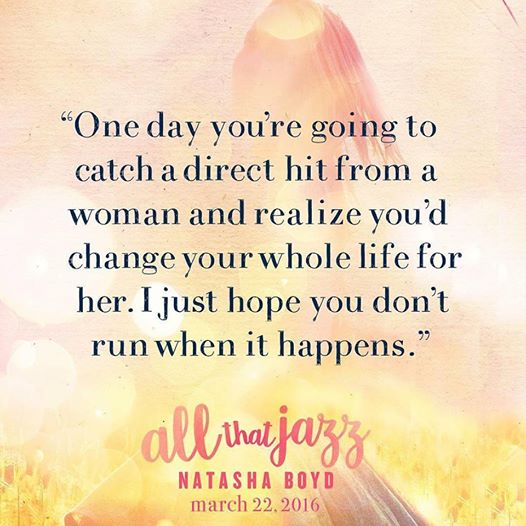 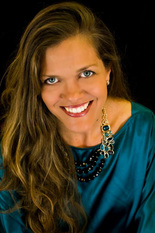 Natasha Boyd is an internationally bestselling and award-winning author of contemporary romantic southern fiction. She holds a Bachelor of Science in Psychology, and has a background in marketing and public relations. Eversea, her debut novel, was a finalist for Contemporary Romance in the 2013 Winter Rose Contest, won the 2014 Digital Book Award for Adult Fiction and is a LIBRARY JOURNAL self-e selection 2015.

She is a member of Romance Writers of America, Georgia Romance Writers and Island Writer's Network in coastal South Carolina where she has been a featured speaker on book marketing. She lives with her husband, two sons and the cast of characters in her head.

Natasha grew up in South Africa, Belgium and England. She now lives and writes full-time in the USA. 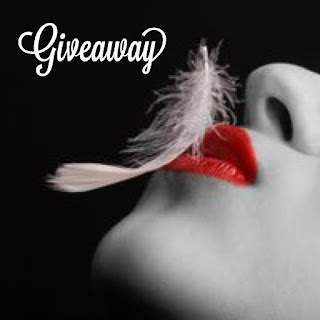