From Sanctum With Love by: Lexi Blake - Release w/Review Tour 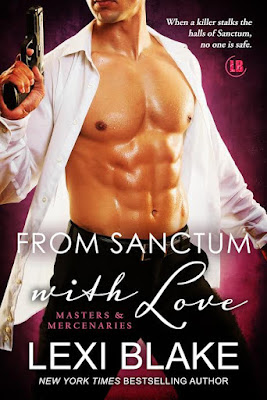 Psychologist Kai Ferguson has had his eye on Kori Williamson for a long time. His assistant is everything he’s ever wanted in a partner—smart, caring, witty, and a bit of a masochist. More than a little, actually, but that’s the problem. Kori won’t admit her own desires. She’s afraid of him and what he has to offer. Luckily for her, helping patients face their fears is one of his specialties.

Kori knows she wants Kai. Her boss is the most amazing man she’s ever met. She’s also smart enough to stay away from him. Having been down this road before, she knows it only leads to heartache. She’s just found a place where she can belong. Another failed relationship is the last thing she needs. It’s better to guard her heart and let Kai think she’s frightened of his dark, dominant nature.

When Kai is recruited for an operation with McKay-Taggart, everything is turned upside down. Kai’s brother, international superstar Jared Johns, is in town and Kai must juggle his family issues along with a desperate hunt for a serial killer. The investigation throws Kori and Kai together, and they quickly discover the chemistry between them is undeniable. But even if their newfound love can survive his secrets and her lies, it may not be enough to save them both from a killer’s twisted obsession.

Kai & Kori.....just sounds right together doesn't it. They have secret feelings for each other but have hidden them for quite some time. Things are about to change....

Kori is a macohist. She thrives on pain. But in order to get there sh has to have unbelievable trust in her partner. Her partners has to know how far to take her and when to stop. Pain subs often don't ever stop. So without the emotional connection and trust she is barely getting anything with the other Doms she's playing with at Sanctum.

When Kai finds out she's been basically lying to every Dom in the place he shows her that he can give her what she needs. The way things come together for them is amazing. But there's an entire sub-plot in this story that's simply wonderful. Hot military brotherhood, sister subs, FBI, murder, missing people, returning brothers, HOT sex, emotional connection.....I could go on. It's amazing!! This is one hell of a story!

I enjoyed this book greatly, but it was the first book I've read in this series. I HAVE to go get the others!!!!!

Kori heard some movement and then felt the whoosh of air caress her skin right before something thin and hard thwacked against her flesh. A gasp made her chest pulse as pure fire licked over her backside.

“This is a cane,” Kai explained. “It’s bamboo, nice and not too flexible. It leaves a mark if you apply enough force.” He brought it down on her again, this time on her thighs. Again, she struggled for breath. “Are you bored now, Kori?”

“No, Sir.” She barely managed to get the words out of her mouth.

“Excellent, then we’re making headway.” The cane came down again and again. “Where are we on the stoplight?”

“Green.” She didn’t even hesitate. The pain was doing its job, heating her up and making her soft. Each strike of the cane lit her up and then brought her back down, sinking deeper and deeper into that soft, fuzzy place of submission.

“Now we’re getting some truth.” He kept up his punishing pace. “She didn’t take her time trying to find a way out of what she didn’t want to say.”

“Why would she lie?” Jared asked.

“That’s a good question.” The blows continued, making her ache as Kai spoke. “I suspect she didn’t want anyone here to know that she’s a naughty masochist who can’t get off without a little bite of pain. Or a big one. She hasn’t accepted her nature. Or she has and expects that no one else will.”

“I accepted my nature a long time ago,” she managed to say.

The caning stopped and suddenly Kai’s boots were in view again. He dropped to one knee, that hard hand in her hair again. “Then tell me why.”

She couldn’t tell him. It was too much. “I’m yellow now, Kai. Don’t make me safe word out over an explanation I’m not ready to give.”

“Fine.” His hand moved from her hair down, skimming over her skin until his fingertips found her breast. Kai Ferguson was touching her breast. God, he was cupping her and she couldn’t breathe. “How about I put a scenario forth and you think about it for a few days. I think the reason you didn’t mention your utterly beautiful and sexy inclinations is me. You didn’t want me to know because you were perfectly aware that I’m the only one here who can possibly give you what you need. You knew that once I found out, I wouldn’t be able to help myself because you’re the only one who can do the same for me, baby. Do you know how fucking good I feel right now? How good this makes me feel?”

He rolled her nipple between his thumb and forefinger and twisted with a vicious bite that left her panting.

She squeezed her eyes closed because she couldn’t look at him, couldn’t see how beautiful he was. “It won’t work, Kai.”

Another nasty twist got her squirming. “It’s working right fucking now. Darling girl, your ass is up in the air and that means I can see how wet your pussy is. Tell me some other Dom here got you wet and ready.”

“You know I can’t.” She tugged at her restraints, but they didn’t move. The rope rubbed across her skin, keeping her here with him. She couldn’t run, and she had to admit she didn’t want to. She wanted this moment with him. Her pride might make her get up and stride away but every other part of her begged for what she’d denied herself for so long. He was the only man here who could give her what she needed. It wasn’t about who hit the hardest. Any of those other Doms could have adequately provided her with pain. She needed more. She needed connection, the ebb and flow of pain and pleasure coming from a man who was there with her.

“I’m not the exhibitionist you are,” Kai admitted. “And that’s the only reason I’m not fucking you right now, but we’re going to have a long discussion in the morning about the way this needs to go. For tonight, I’m going to start the process that will allow you to remain friends with all those people you lied to. So you are going to give me everything I want. You’re going to cry for me. You’re going to let go and show them that you’ll cry for me.”

She shook her head. “You’re asking too much.”

“It’s cry or come, baby. One or the other, unless you want to find yourself in Big Tag’s office. Let me show him I can handle you.”

“I can’t. I haven’t done either in a very long time.” She hadn’t cried since leaving LA. She couldn’t. Wouldn’t. She hadn’t come either. Not a man-given orgasm. Her mind worked overtime. He wasn’t joking about getting called into Big Tag’s office. Whatever punishment Kai could come up with—nothing would touch Big Tag’s disapproval. They were all mad at her. It was enough to make her want to run away again.

Except it wasn’t that they wanted to see her humiliated. This punishment wasn’t about hurting her. It was about this group of people knowing that someone among them could take care of her. When she looked at it like that, it didn’t seem like punishment at all. It was about the Dominants giving a shit.

Morgan hadn’t cared when she’d lied to him. All he’d wanted was the next bit of work from her. After a while, he hadn’t cared about her finding subspace or her pent-up sexuality. He’d doled out the pain like it was bait for his trap. He would give her enough to ensure she stayed around and did what he needed her to do.

This wasn’t the same thing at all.

“Then let me show them you can let go in another way.” 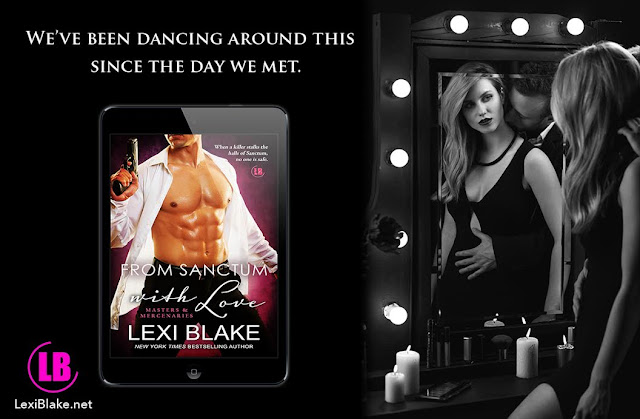 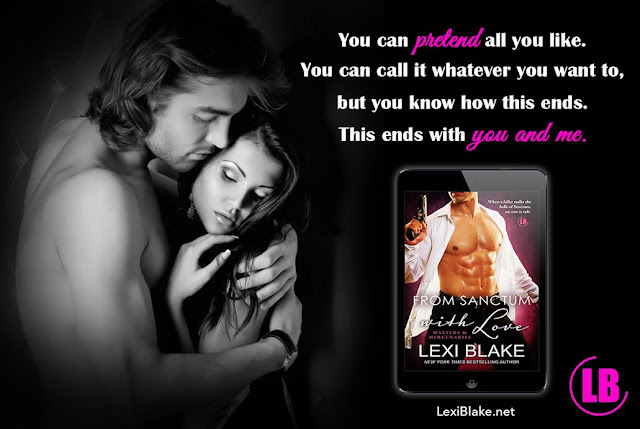 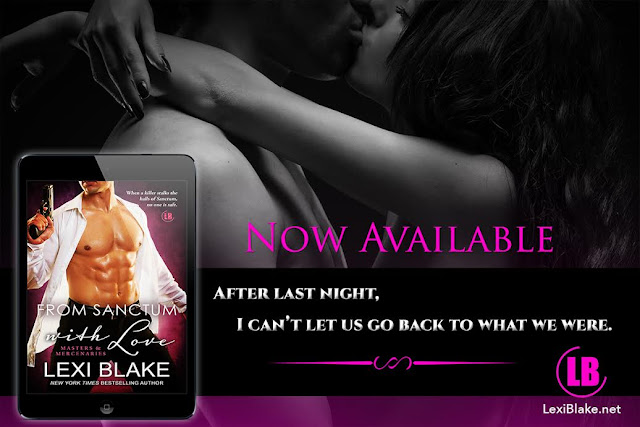