Honor, integrity, and loyalty are how Deputy US Marshal Kreed Sinacola lives his life. A former SEAL now employed by the Special Operations Group of the US Marshal Service, Kreed spent most of his life working covert operations and avoiding relationships. Never one to mix business with pleasure, his boundaries blur and his convictions are put to the test when he finally comes face-to-face with the hot computer geek he’s been partnered with. Hell-bent on closing the ongoing case for his longtime friend, he pushes past his own limits and uncovers more than he expects. Aaron Stuart strives for one thing: justice. Young and full of idealism, his highly sought after computer skills land him a position with the National Security Agency. Aaron’s biggest hazard at his job is cramped fingers, but all that changes when he is drawn into the middle of a dangerous federal investigation. Aaron gets more than he bargained for when the FBI partners him with a handsome and tempting deputy US marshal. His attraction to the inked up, dark-haired man provides another kind of threat altogether. Aaron tries desperately to place a firewall around his heart and fight his developing feelings, knowing one misstep on his part could ultimately destroy him. The solution isn’t as easy as solving the case, which is treacherous enough as it is. But the growing sexual attraction between them threatens to derail more than just Kreed’s personal convictions as he quickly learns temptation and matters of the heart rarely fit easily into the rules he’s lived by. Will Kreed be able to convince Aaron to open his heart and face the fact that sometimes the answers aren’t always hidden in code? 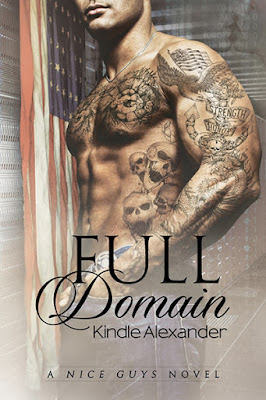 “You’re so fucking sexy with those fuck-me-I’m-so-smart glasses on and that intense look on your face.” Aaron glanced up and narrowed his eyes as he shoved the glasses off to the top of his head and stretched out his back. There was just something about the big, gorgeous deputy marshal growling those words at him that made his dick want to come out and play. A tired yawn from hours of sitting behind his laptop slipped free as he rubbed his eyes. “And those noises you make are a complete turn-on.” “I have a feeling it doesn’t take much to turn you on. A slight gust of wind would probably have you at full mast,” Aaron teased, lowering the lid to his laptop. 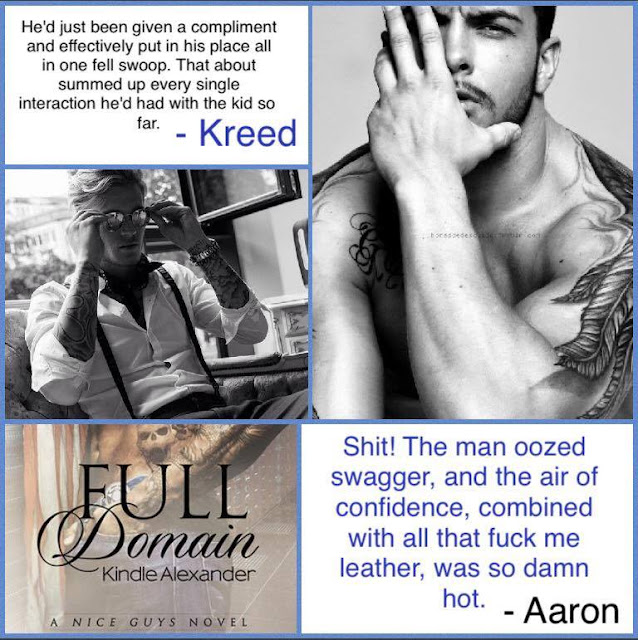 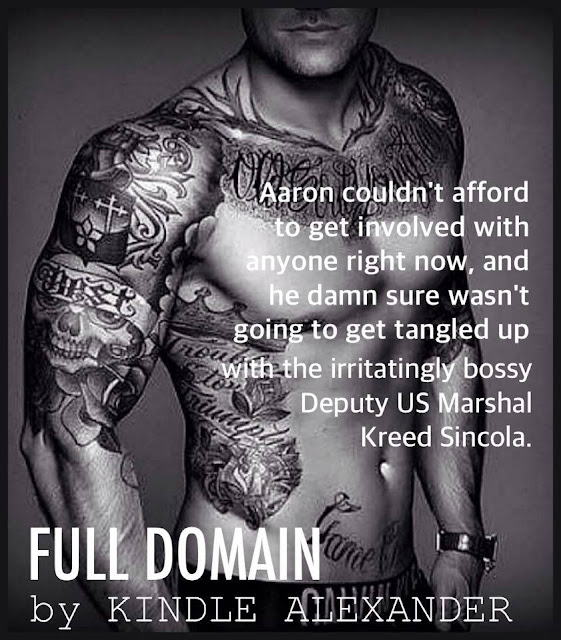 Best Selling Author Kindle Alexander is an innovative writer, and a genre-crosser who writes classic fantasy, romance, suspense, and erotica in both the male/male and male/female genres. It's always a surprise to see what's coming next!
I live in the suburbs of Dallas where it's true, the only thing bigger than an over active imagination, may be women's hair!
Usually, I try for funny. Humor is a major part of my life - I love to laugh, and it seems to be the thing I do in most situations - regardless of the situation, but jokes are a tricky deal... I don't want to offend anyone and jokes tend to offend. So instead I'm going to tell you about Kindle.
I tragically lost my sixteen year old daughter to a drunk driver. She had just been at home, it was early in the night and I heard the accident happen. I'll never forget that moment. The sirens were immediate and something inside me just knew. I left my house, drove straight to the accident on nothing more than instinct. I got to be there when my little girl died - weirdly, I consider that a true gift from above. She didn't have to be alone.
That time in my life was terrible. It's everything you think it would be times about a billion. I love that kid. I loved being her mother and I loved watching her grow into this incredibly beautiful person, both inside and out. She was such a gift to me. To have it all ripped away so suddenly broke me.
Her name was Kindle. Honest to goodness - it was her name and she died a few weeks before Amazon released their brand new Kindle ereader. She had no idea it was coming out and she would have finally gotten her name on something! Try finding a ruler with the name Kindle on it.. It never happened.
Through the course of that crippling event I was lucky enough to begin to write with a dear friend in the fan fiction world of Facebook. She got me through those dark days with her unwavering support and friendship. There wasn't a time she wasn't there for me. Sometimes together and sometimes by myself, we built a world where Kindle lives and stands for peace, love and harmony. It's its own kind of support group. I know without question I wouldn't be here today without her.
Find out more by visiting www.kindlealexander.com or email me at kindle@kindlealexander.com

Posted by Gretchen Anderson at 3:56 PM