Royally Yours by Emma Chase

Princess Lenora Celeste Beatrice Arabella Pembrook had an unusual childhood. She was raised to be a Queen—the first Queen of Wessco. It’s a big deal. When she’s crowned at just nineteen, the beautiful young monarch is prepared to rule. She’s charming, clever, confident and cunning. What she isn’t…is married. It’s her advising council’s first priority. It’s what Parliament is demanding, and what her people want. Lenora has no desire to tie herself to a man—particularly one who only wants her for her crown. But compromises must be made and royals must do their duty. Even Queens. Especially them. ** Years ago, Edward Langdon Richard Dorian Rourke, walked away from his title and country. Now he’s an adventurer—climbing mountains, exploring jungles, going wherever he wants, when he wants—until family devotion brings him home. And a sacred promise keeps him there. To Edward, the haughty, guarded little Queen is intriguing, infuriating…and utterly captivating. Wanting her just might drive him mad—or become his greatest adventure. ** Within the cold, stone walls of the royal palace—mistrust threatens, wills clash, and an undeniable, passionate love will change the future of the monarchy forever. Every dynasty has a beginning. Every legend starts with a story. This is theirs. 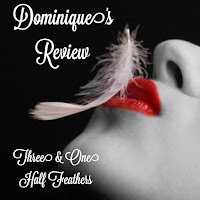 In this book we meet Princess Lenny. A girl who bound by duty to the throne and a cold father to boot wants more out of life. She find the adventure she is missing in the letters that her best friend Thomas gets from his brother Edward. She fancies the dalliances he writes about including the obscene ones. She imagines what life will be like with him, the allusive adventurous brother. Tragedy strikes and our Princess gets an upgrade which requires her to marry. Who else would do except Thomas, her childhood best friend. All set to Marry him out of duty and not passion another tragedy strikes and she finds herself face to face with the one and only Edward. Just as handsome and full of life as his letters suggests. While things started off chilly between them he soon proved to be just what she needed. This story is a sweet one. I gave it three and a half stars because its good but it reminds me too much of the Netflix series _The Crown_ the story of Queen Elizabeth. Outside of the sex and the marriage situation, it was very parallel. Don't get me wrong I love the series and this book is sweet, its just predictable and familiar. The other reason I gave it a three point five was I wanted it to be less sweet and more raunchy. Kudos for having her say dirty words though. I wanted more dirty sex. That's just me. I love books with a good supporting cast. I want to see whats happening next with her sister and Michael, they need their own books. All in all its a good read. Emma Chase is the New York Times and USA Today bestselling author of the hot and hilarious Tangled series and The Legal Briefs series. Emma lives in New Jersey with her husband, two children and two naughty (but really cute) dogs. She has a long-standing love/hate relationship with caffeine. WEBSITE | FACEBOOK | NEWSLETTER | TWITTER | GOODREADS | READER FAN GROUP
Posted by Domo_reads at 9:00 AM