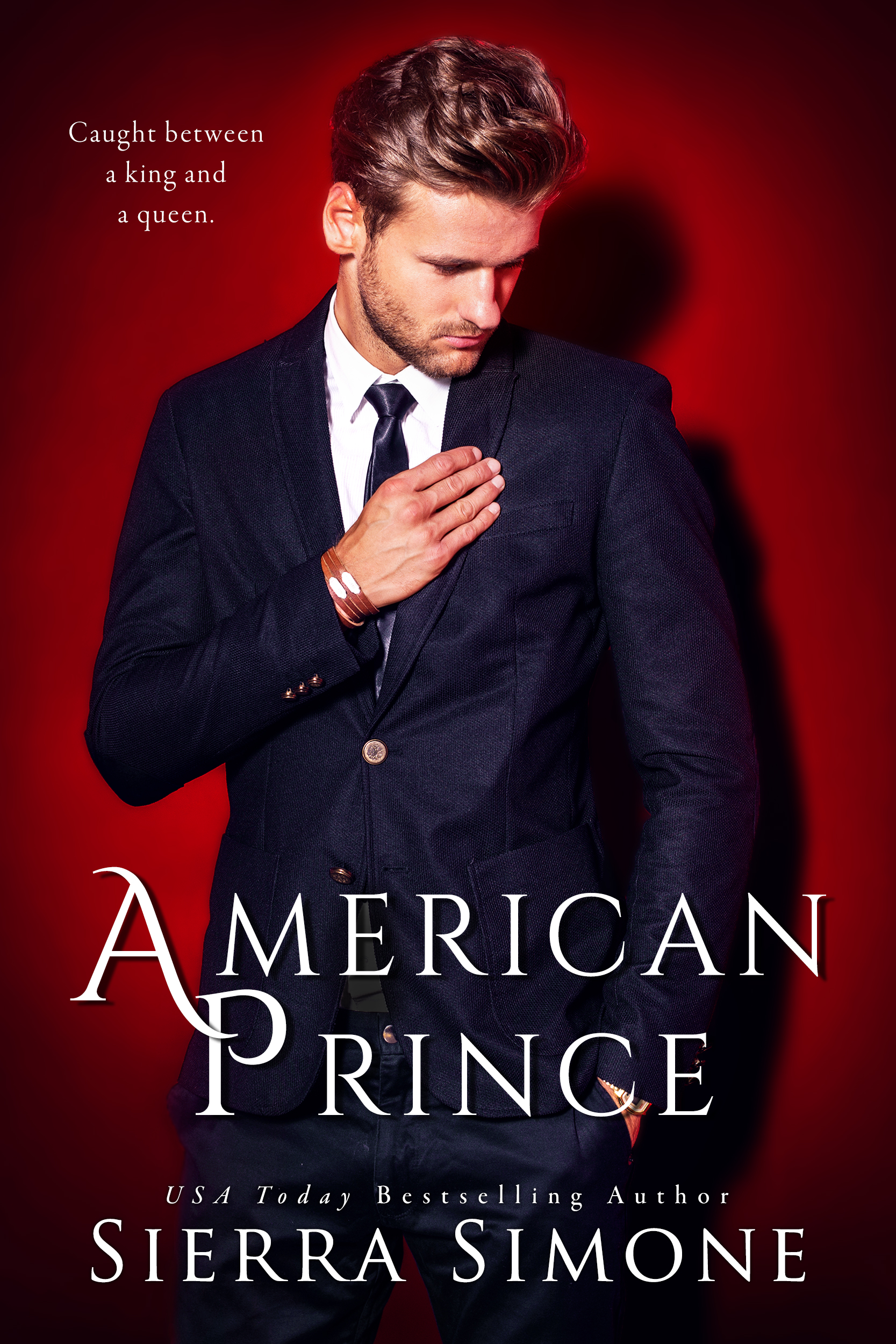 American Prince, the highly-anticipated follow up to American Queen by Sierra Simone is available now!!

I’ve been many things.

I’ve been a son and a stepbrother. An Army captain and a Vice President.

But only with Him am I a prince. His little prince.

Only with Maxen and Greer does my world make sense, only between them can I find peace from the demons that haunt me. But men like me aren’t made to be happy. We don’t deserve it. And I should have known a love as sharp as ours could cut both ways.

My name is Embry Moore and I serve at the pleasure of the President of the United States…for now.

This is the story of an American Prince.

In an instant, he was on me, straddling my thighs, one hand yanking my head back so I had to look up into his face. “Don’t play games with me,” Ash warned in a low voice. “Not tonight. Not after what you did. You don’t even want to know the things I’m thinking about right now.” I could barely breathe. Pain sang out from my shoulder and hunger sang out from my thickening cock. I was at the mercy of a monster—in the hands of an angry god, as they say—and I’d never felt more alive. It was like kissing his boot, like that first moment I’d been shot at in the trees—the whole world came to life, the forest thrumming and the leaves rustling and my blood and heart all part of this incredible symphony of magic and music that was playing all the time, if only I had the ears to listen. Being with Ash was like my battle high, the fragility of life so apparent, the thrill of surviving it so exhilarating. Surviving him. “Take it,” I said, my fantasies from all those years ago coming back and making me stir underneath him. “What?” he asked quietly. “Take what you’re owed. Take what you deserve for saving my life.” His lips parted, his eyes hooded, and he pulled my head back even more, exposing my throat. “And what exactly do you owe me?” he asked. “What exactly do I deserve?” I met his eyes, which were almost black in the dark. “Whatever you want.” “What I want will have you flat on the ground with tears in your eyes. You think you want to give that to me?” “No.” I swallowed. “I want you to take it from me.” He went still. “Let me thank you,” I begged. “Let me make you feel better. Use me. Use me how you need.” “Oh, that’s what you want, is it?” he breathed. He leaned in, his thighs on my throbbing erection, and I felt his own, an iron bulge pressing into my stomach. It was massive. He’d tear me apart with it. “You won’t let me have you any other time, not with kisses or love letters, but when you’re bleeding and I’m furious, that’s when you’ll open yourself to me? That’s when I get to have this?” How could I make him understand? That it had to be like this? That I had to be conquered, not wooed? 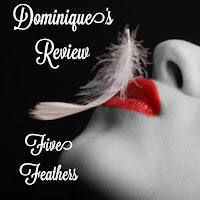 In the first book American Queen, she made me feel smart and sexy. In this book shes made me feel smart, sexy, angry, sad, hurt, vengeful, bloodthirsty and desperate. So yes, all the feels.
In this book we have Embry as the focus and we learn more about his background and the beginning of his relationship with Ash.

The book was excellently written and executed. The sex scenes between the three of them were beyond hot, and I do mean book mark this chapter for later hot. There were several thigh clenching scenes that will leave you reading one handed-ly or reaching for your significant other. So pretty much how she always roll.

Above all else, the theme I got from this book, is that more often than not life is messy and you have to be the hero you need sometimes. Sacrifices are necessary and it takes an incredibly strong and unselfish person to make them. The dynamic between two people is simple in its complexity, but the dedication it takes to balance three people is another beast altogether. Like the legs of a tripod each one is critically important for the stability of the unit.

American Prince will leave you open, bleeding and crushed so beautifully you wont even mind. It'll leave you begging for another hit. The words so potent they'll swim into your veins and under your skin and stay with you for forever.
I definitely feel like everyone should read this trilogy. It'll be a disservice to you, your heart, and Mr. President. This book is so good, I received and arc and still purchased it. 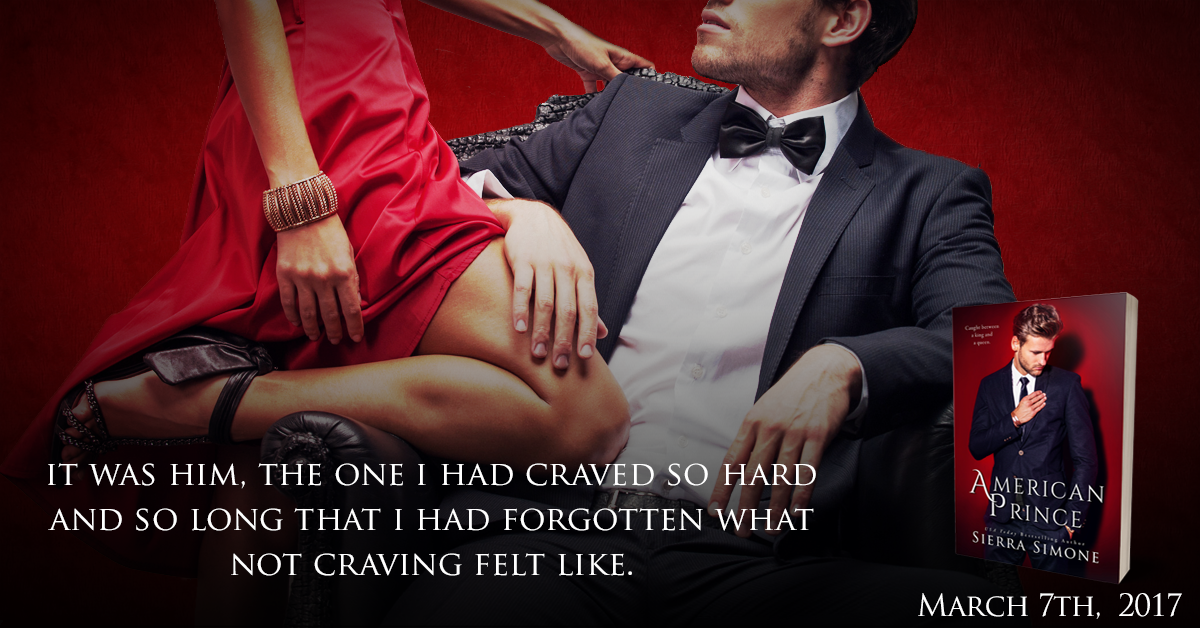