Against the Wall by Tracy Burke Wanted - Fuckboy. Full-time hours, daily pay, 60/40 cut, you keep all tips. Must be appealing to the eye, have a body to die for, and be open minded to new adventures. Call 555-FUCK to get started today!
Down on his luck and hard up for cash, Colton Pierce answers an ad for a job as a fuckboy.
What's a fuckboy you ask?
Colton's about to find out.
Warning: This book is EROTICA, with M/F/M, M/M and M/F relationships, and it's extremely hot! Her eyes were glassed over and he could tell she was still tipsy from all the champagne they’d had. Colton didn’t care that they were both half drunk. He wanted to fuck her and if she wanted to fuck him, he would give her what she wanted. He had to please the customer, right?
He ran a hand up her thigh and back over her ass, ripping her panties off in one quick jerk. Her pussy was free for him to use and as she wiggled around he knew she wanted him just as badly. Jerking her forward, he slammed her onto his thick cock, driving it up inside of her until he was buried to the hilt.
“God damn.” Colton’s eyes rolled back as he relaxed against the seat, giving them both a moment to adjust.
But Addie didn’t want time to adjust to his size. She wanted to fuck him until she soaked his cock with her juices. She felt his hands grip her hips as she rocked on him. Her pussy pulsed, her need so overwhelming she wanted to explode instantly. She needed him. She needed him inside of her, pounding her pussy until everything else was a blur. She wanted to hear it, their bodies smacking against each other in a frenzied need for release.
Addie let go, riding him hard, pushing him into her as far as he could fit. She wanted it to hurt so good. She mixed the pleasure with the pain and let it carry her to the edge of her desires. When her pussy tightened around his cock she threw herself forward, crying out as she exploded all over him.
She had waited for this all night, knowing from the moment she met Colton that she wanted to ride his cock until he painted her insides with his come. 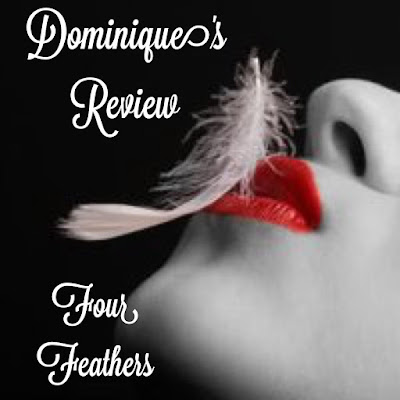 This book follows Colton who, like most of us; is down on his luck. He needs to find a job and fast. Rent is due. After showering the city for possible job leads, he decides to answer the add in the newspaper for an escort. He then goes on an adventure of self discovery and adventure.

Colton is a typical male, you know the type; shallow, chauvinistic and slightly homophobic. He lives with his best friend Mason, who is gay.

This book has the potential to be a great success.

The main character started out doing MF events only, but soon found out the good money was in M/M events.

Following some advice from a co-worker he learned how to navigate those interactions.

I had some thoughts about his sexuality from the beginning since he let his best friend "molest" him, but I wasn't sure because best friends get passes.

The sex was descriptive and steamy.

I loved the woman he first met- they pretty much banged all day. Can't go wrong with that.

I gave this book four stars, for three reasons. The best friend is like able, the car sex was hot and I can relate to the struggle, I think we all are a missed paycheck from stripping or becoming fuck boys and girls ourselves.

The only thing that keeps this book from being five stars, is the main characters attitude in the beginning, his transformation seemed rushed and the rape at the end (he was told he didn't have to have sex as part of the job, was asked). My name is Tracy Burke. I live in Canton, Ohio. Not because I want to. Just because life works out that way. I’m 38 years old but I feel like I’m 50. Don’t we all? I am a multi-genre author… you’ll see lots of different things from me. Besides writing, I also enjoy art and music. I love to read, play video games, and go for midnight dessert runs.

I have four kids. One boy (17) and three girls (16, 14, & 9). I’ve always wanted more children but to be honest, my youngest broke me. My mental status took a dive with her and it has never recovered. HAHA!

I’m an animal lover and I try to do what I can to support any animal cause that I come across. I have two cats (Rosey and KiKi), two dogs (Mocha Jean and Paisley Mae – the dumbest dog on the planet), a hamster named Squid (WTF!), and a revolving door of Betta and Goldfish.

Anyways, enough rambling from me. Check out my website for the longer version of this bio. Write me a fan mail or a hate hater mail, either way I’ll answer it when I have time. Check out my books, tell me what you think, and don’t forget to post a review.